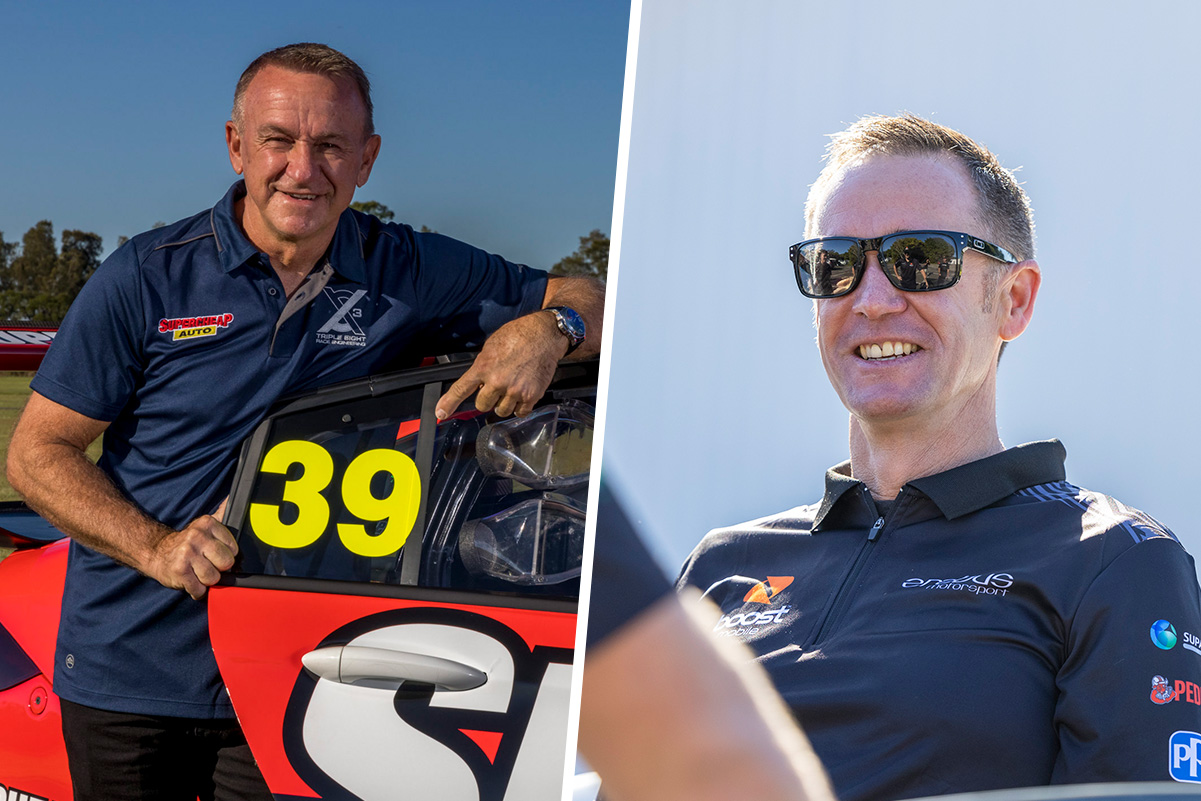 An intriguing element of the 2021 Repco Bathurst 1000 will centre around two cars at the bottom of pit lane.

Sharing the final pit bay at the October 7-10 event, as it currently stands, will be the rival wildcard entries of Russell Ingall/Broc Feeney and Greg Murphy/Richie Stanaway.

Accordingly, we ask you in this week’s Pirtek Poll, which wildcard will record the best finishing position in the Great Race?

The wildcard battle shapes to be a fascinating subplot to the biggest event of the year, with no clear favourite as to which pairing is more likely to challenge the regulars for a strong result.

In the Supercheap Auto-backed Ingall/Feeney, there’s the comfort of being aligned with an absolute powerhouse team in Triple Eight Race Engineering.

The Brisbane-based organisation also happens to be the form team of the 2021 championship, with star drivers Shane van Gisbergen and Jamie Whincup holding a one-two in the points.

In the Boost Mobile corner, Murphy and Stanaway will drive for Erebus Motorsport in the team’s newest chassis.

Erebus CEO Barry Ryan has already made public assurances that they’ll be given every opportunity possible to succeed, and Erebus does have a history of being quick around Mount Panorama.

As for the drivers, 18-year-old Feeney has the least profile but undoubtedly holds the key to the Supercheap hopes.

The 2019 Super3 Series winner is a Super2 title contender this year, has no shortage of race miles under his belt, and is best placed to deliver in qualifying trim.

On the Boost side, Stanaway would seem the likely candidate to qualify the car, although he is a little harder to get a read on than Feeney.

The 29-year-old’s talent is beyond question – as evidenced by his dominant 2011 German Formula 3 title campaign, his pair of wins in GP2 (now Formula 2), and victory in just his fifth Supercars race (the 2017 Sandown 500 with Cameron Waters).

It’s only two years ago that Stanaway was a full-timer in Supercars, though he’s done little in the way of racing since his shock retirement announcement on the final day of the 2019 season.

Rejuvenated and at last seemingly in a conducive environment, it will be interesting to see what level he can muster in his first event back.

As for the veteran co-drivers, Ingall, 57, and Murphy, 48, are comparable, having both been out of Supercars for five-plus years.

Murphy has been out of Supercars a little longer than ‘The Enforcer’ but has driven an assortment of cars in recent years, including competing in the 2021 New Zealand Grand Prix.

The Kiwi legend furthermore has a particular affinity with Bathurst as a four-time Great Race winner – not to mention his unforgettable Lap of the Gods performance in 2003.

Neither wildcard is making bold calls of targeting victory, but each is well aware the 161-lap enduro is the perfect race in which to snag a shock result.

Which wildcard will finish highest come race day at the Bathurst 1000? Cast your vote in this week’s Pirtek Poll.