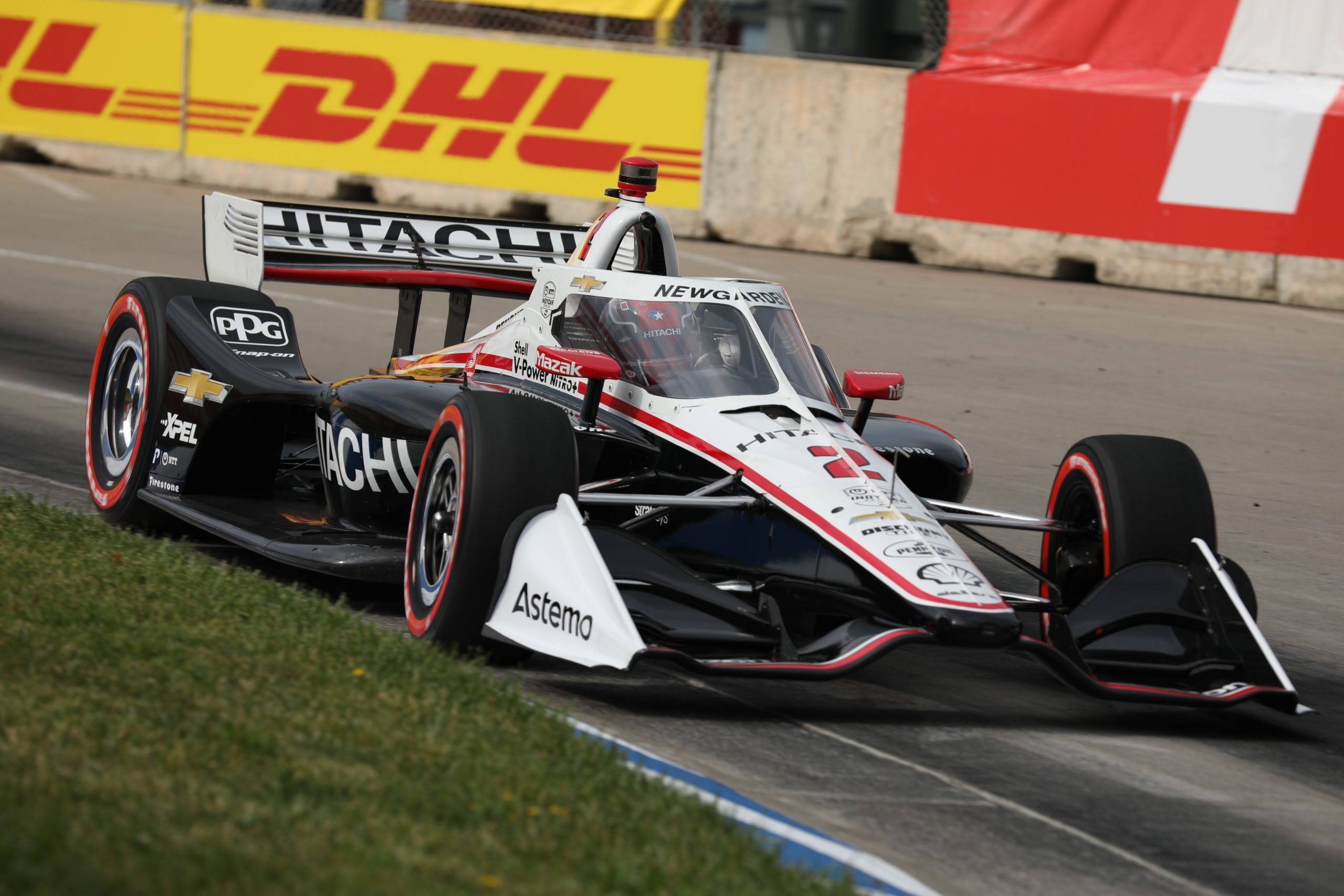 The two-time series winner scored pole position for the second race of the Dual in Detroit, streaking away in the opening phase of the 70-lapper.

Newgarden’s hopes were dealt an early blow when AJ Foyt Racing driver Dalton Kellett parked his car at the end of pit lane, which threatened to bring out the Safety Car.

A yellow flag never came and Newgarden’s strategy was compromised, necessitating a longer run on the soft compound tyres in his final stint.

Newgarden would go on to build a sizable advantage over nearest rival Colton Herta of Andretti Autosport. However, as Newgarden’s tyres wore, Herta closed in and loomed large in the mirrors of the race leader.

Their battle would be stifled by a pair of Safety Car interventions, which ultimately allowed Pato O’Ward to surge from sixth to the lead in just a few laps.

Newgarden eventually held on for second, fending off Alex Palou in a frenetic close to the race while O’Ward streaked away to a 6.7s win.

“It was a fun strategy, I think we were doing well. It was just the caution that killed us.

“My rears [tyres] were shot. I didn’t really need that. It is what it is. We tried. We went for what we went for.

“I don’t want to second guess it too much, it just didn’t fall our way there at the end, so it’s pretty sad. Just disappointed. Obviously, we wanted the win and I felt like we had the car to do it.”

For a period, it looked as if the successive Safety Car interventions might aid Newgarden’s hopes.

With his soft tyres worn and more and more laps run under the control of the Safety Car, the time remaining was whittled down to just a handful of laps.

In the end, it wasn’t enough as his tyres wore and O’Ward surged through the front runners.

“He was coming like a freight train,” Newgarden said of O’Ward.

“What are you going to do? I just couldn’t do anything. Him and Palou, to be honest. Alex was right behind me and about to pass me too. I was just trying to hold on to him.

“I had so much wheel spin. My rear tyres were shot to death with the last 10 laps. Just trying to be aggressive.

“The resets on the restarts don’t help you. None of it played into our favour, and especially the first caution.

“We had to pit because we weren’t sure if they were going to go full course caution. If we don’t pit we get completely and utterly hosed.

“We had to put an extra seven, eight, 10 laps on the tyres we didn’t want to. It would have been easier if we could have kept them cleaner.

“That was our plan. It just didn’t work our way.”

It’s the second time in two days that Team Penske drivers have fallen short of the win.

The first race of the Dual in Detroit was similarly dominated by Will Power, who befell an ECU issue late in the race after a red flag stoppage overheated his car.

Team Penske remains winless this season with Power, Newgarden, and Scott McLaughlin all having season-best finishes of second to date.

Simon Pagenaud sits sixth in the standings and 56 points in arrears of the lead while Power and McLaughlin remain on the outside of the top 10.