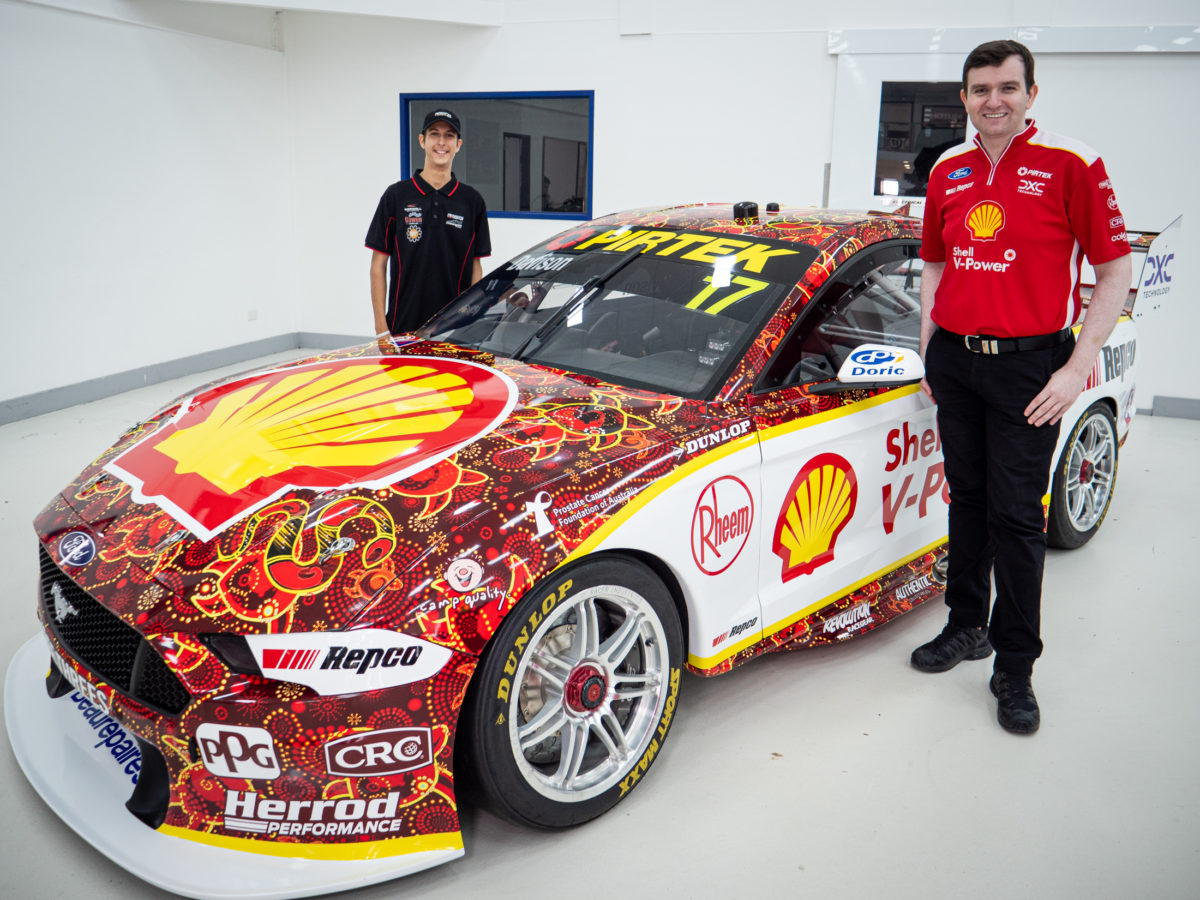 The Shell V-Power Racing Team has unveiled an Indigenous livery which it will race with in this weekend’s Merlin Darwin Triple Crown.

The livery is a nod to the Racing Together programme which gives 12- to 18-year-old Aboriginal and Torres Strait Islanders an opportunity to pursue a career in motorsport, and follows Supercars’ designation of the Darwin event as its Indigenous round.

Dick Johnson Racing chairman and CEO Ryan Story is also a director of the Racing Together board while Viva Energy, the exclusive Australian licensee of the Shell brand, recently announced a three-year partnership with the programme.

Furthermore, the Indigenous squad’s driver, Braedyn Cidoni, designed the livery which DJR’s Ford Mustangs will run with at Hidden Valley. 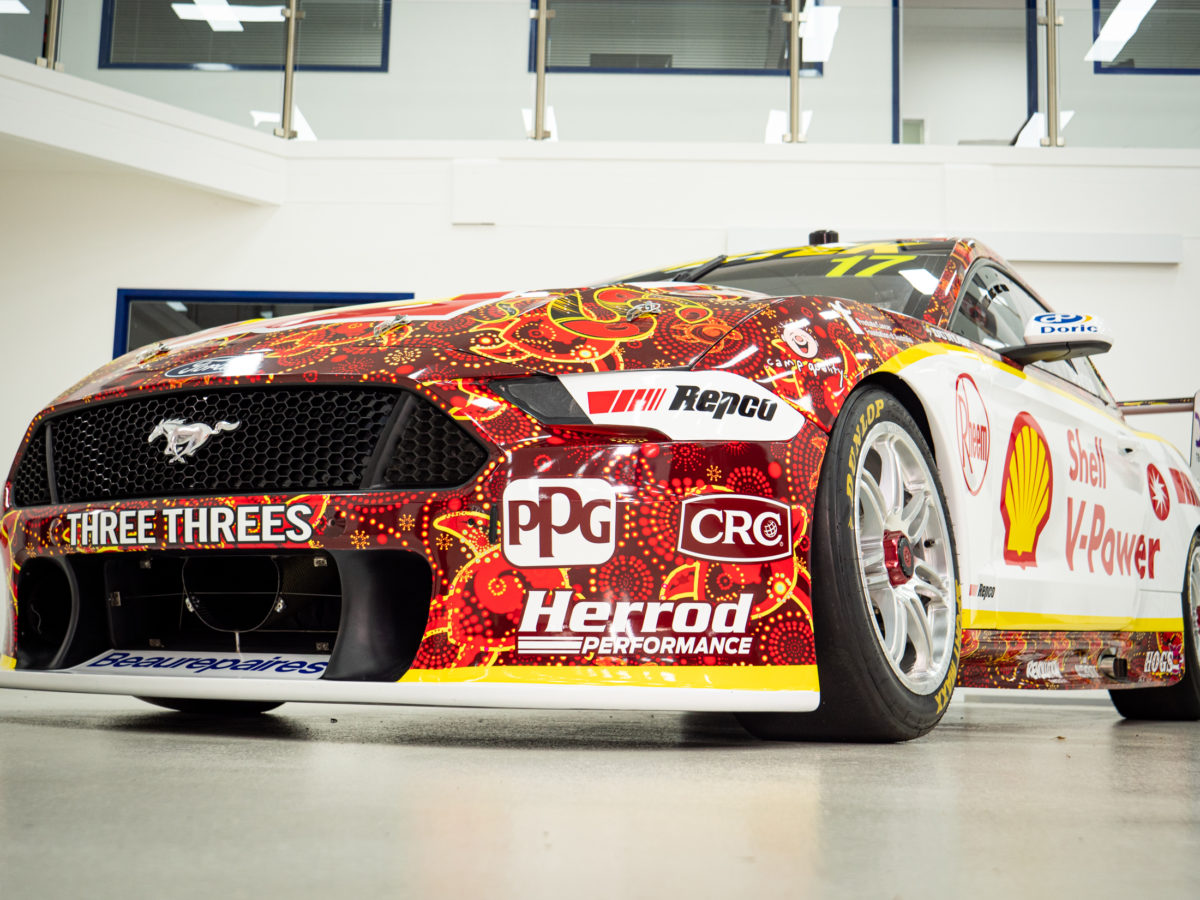 “The opportunity to highlight Racing Together and its objectives at the Darwin Triple Crown by way of an Indigenous livery supported by all of our partners and put together by Braedyn, who is the Racing Together race driver, is something of a remarkable story,” said Story.

“I am very proud to be associated with the Racing Together organisation as a director, and what ties everything together for me is that Viva Energy, our major sponsor, is also a significant supporter of the project.

“We’re partners in racing, and we’re partners in business. The opportunity to raise awareness and to increase involvement in both STEM [Science, technologies, engineering, mathematics] and motorsport for young Indigenous Australians is something that we should all aspire to.”

Cidoni’s work is inspired by artist Allison Millcock’s ‘Turtles Crossing Cultures’, and features the Racing Together logo on the rear wing plane. 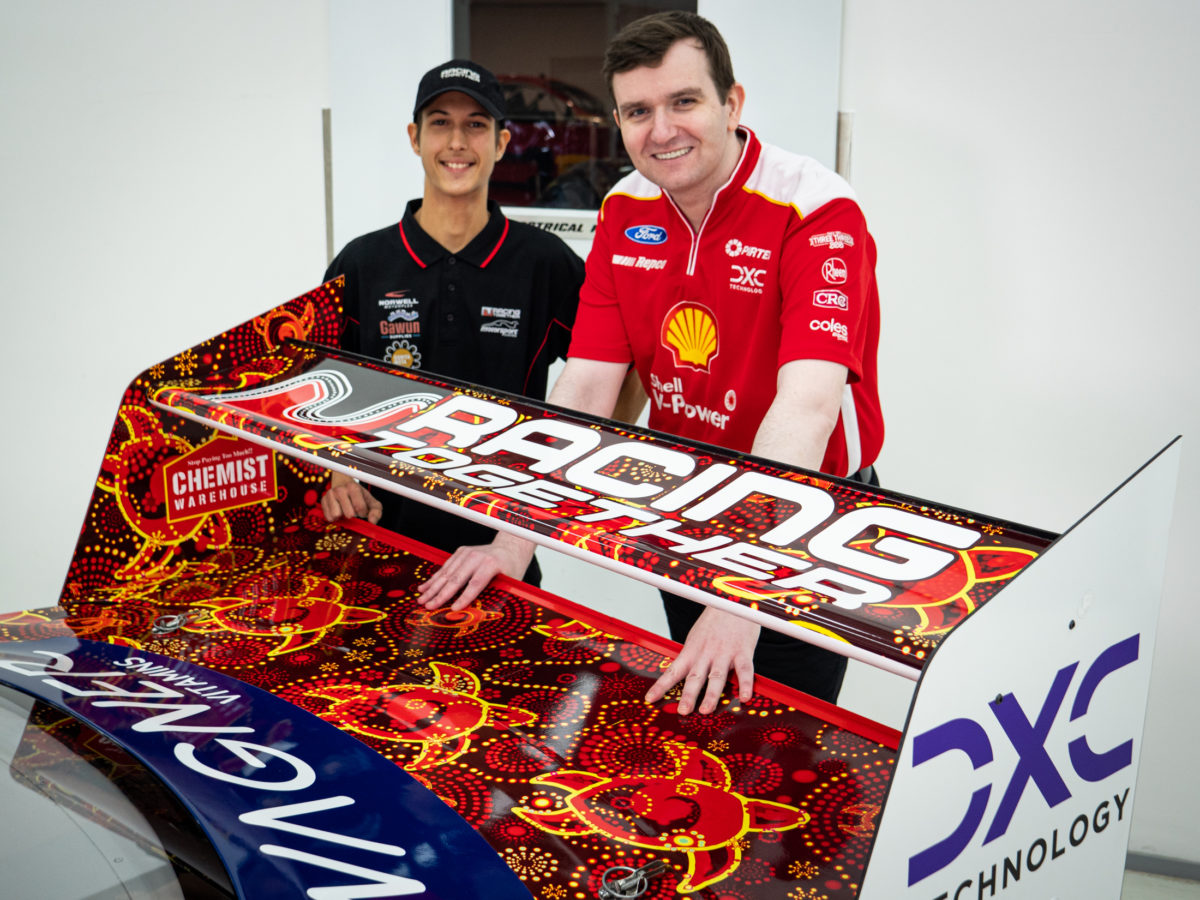 “While Allison’s art represents her longing to connect with her ancestors, I used the turtle to highlight the environment and the wildlife that we need to protect and added the snake to represent the fierceness and power behind the Racing Together team,” explained the 17-year-old.

“I have always wanted to be a race car driver, and the Racing Together programme has given me the opportunity to do that. I couldn’t believe I was selected out of everyone to be the driver.

“Our team has many different roles like engineer, mechanic and social media, and everyone is so happy to be part of the team – we’ve bonded and all become really good friends.”

The tweak to the look of DJR’s Mustangs is particularly noteworthy given the squad’s last major change was the Sierra-inspired retro livery for the 2018 Sandown 500.

Will Davison has risen to fourth in the Repco Supercars Championship and Anton De Pasquale to seventh ahead of the Darwin event, where Practice 1 will be held this Friday from 11:25 local time/11:55 AEST.

CLICK HERE for more from Story and Cidoni, and a closer look at the livery 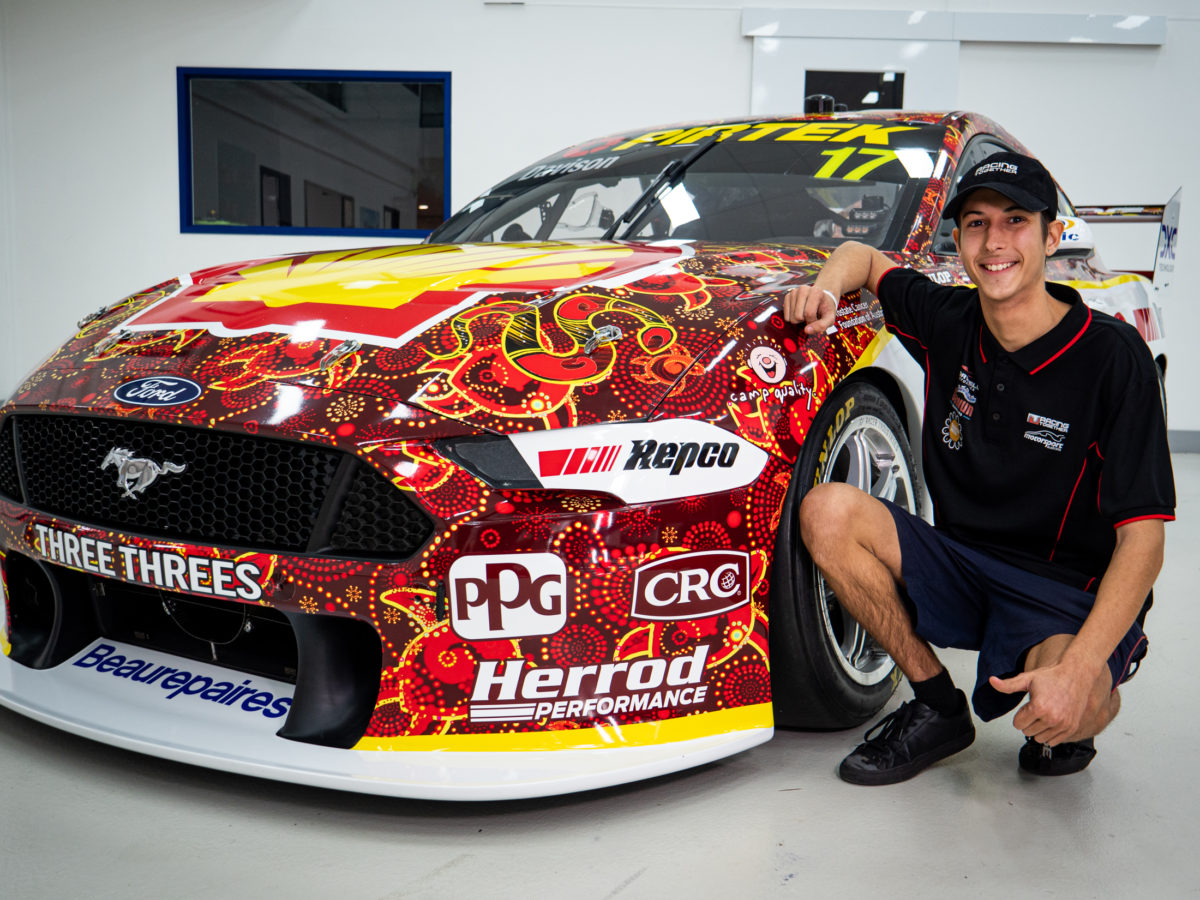