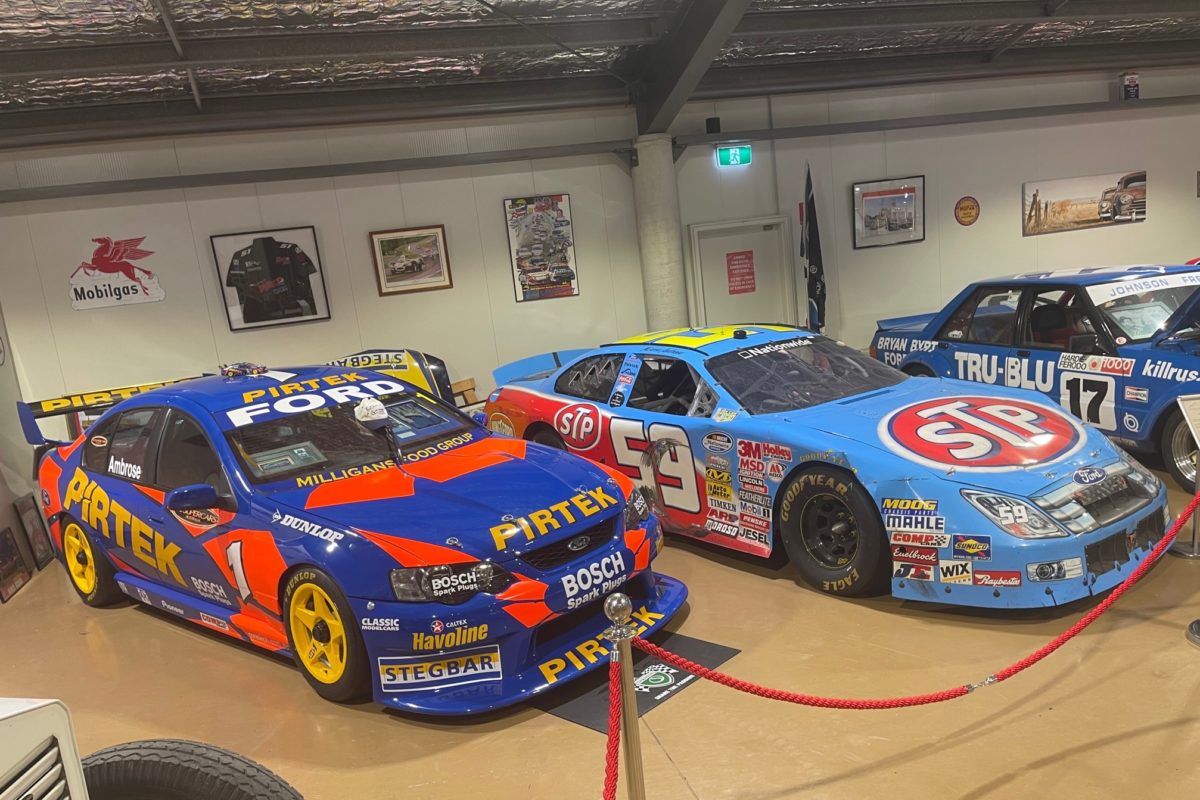 The Marcos Ambrose cars together at the Gold Coast Motor Museum

A couple of the most significant cars from the career of Australian Supercars and NASCAR ace Marcos Ambrose have found a home beside each other at the Gold Coast Motor Museum in Queensland.

Although driven to victory on opposite sides of the planet, Ambrose’s 2003 and 2004 Supercars championship-winning Pirtek Falcon and the STP Ford Fusion he drove to a NASCAR win at Watkins Glen in 2008 are now gridded up beside each other.

Former Supercars team owners Ross and Jimmy Stone completed a ground-up restoration of the Pirtek Falcon over four years and unveiled it publicly for the first time almost 12 months ago.

The legendary team owners then sat down with Speedcafe.com founder and owner, Brett ‘Crusher’ Murray, for a video chat about the car and its history.

Ambrose drove the Pirtek Falcon from 2003 to 2005 for a total of 78 races which resulted in 45 podium finishes, including 25 victories. 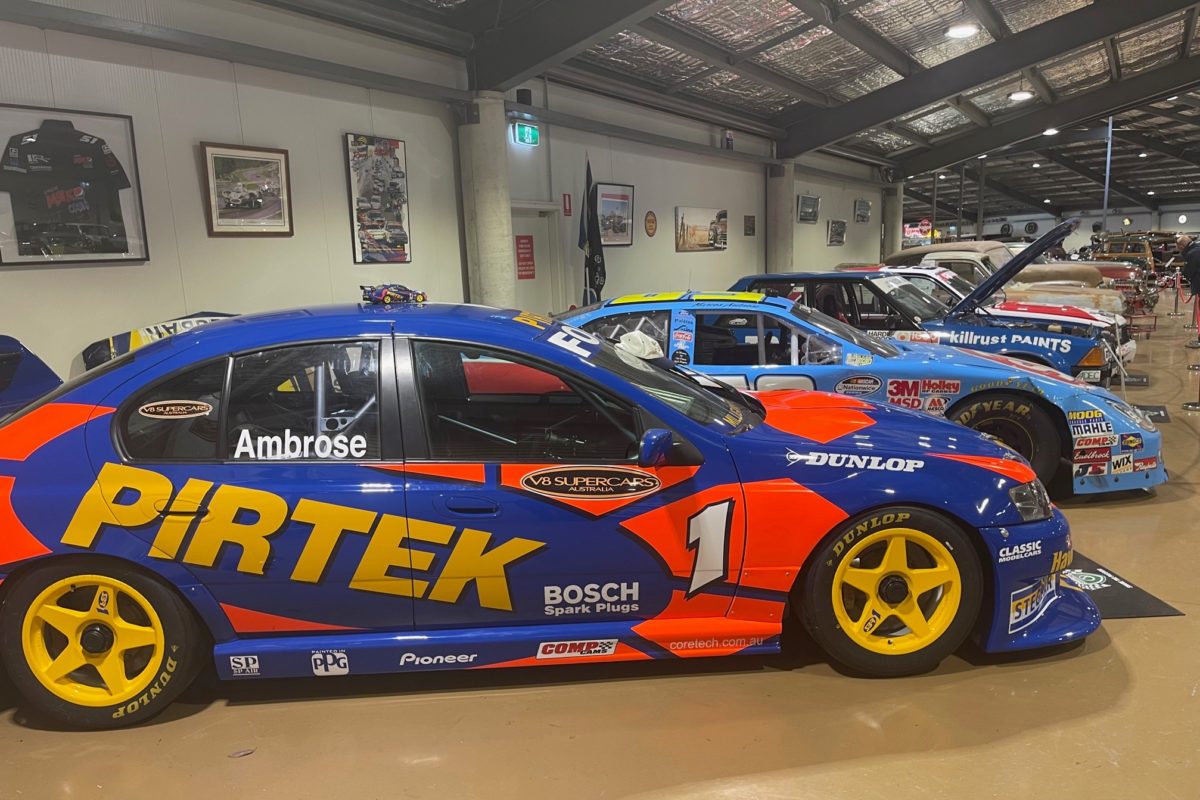 “We actually started the rebuild a few years ago, but then we got busy doing other stuff,” said Ross Stone.

“We eventually got serious about it again and finally got it finished last year.

“We still have not decided what we will do with it in the long term but, in the meantime, we are more than happy to have it on display at the Gold Coast Motor Museum where motoring and motorsport fans can enjoy it.

“It is quite funny that we put the car on display at the Gold Coast Motor Museum and a few weeks later Marcos’ NASCAR turned up beside it.”

Ironically, The STP Ford, which was the first car driven to a NASCAR victory by an Australian, is owned by Murray, who shipped it back to Australia in 2019 after a mechanical restoration by some of NASCAR’s leading mechanics in Charlotte, North Carolina.

While all the running gear has been refurbished while maintaining its period authenticity, every other aspect of the car is untouched from the day it pulled into victory lane at Watkins Glen.

The Ambrose NASCAR car was tested at Queensland Raceway late last year by Supercars driver Brodie Kostecki and was the subject of a ‘talking tech’ piece with Bathurst 1000 winner Paul Morris.

The car was recently listed for sale on Speedcafe.com Classifieds. 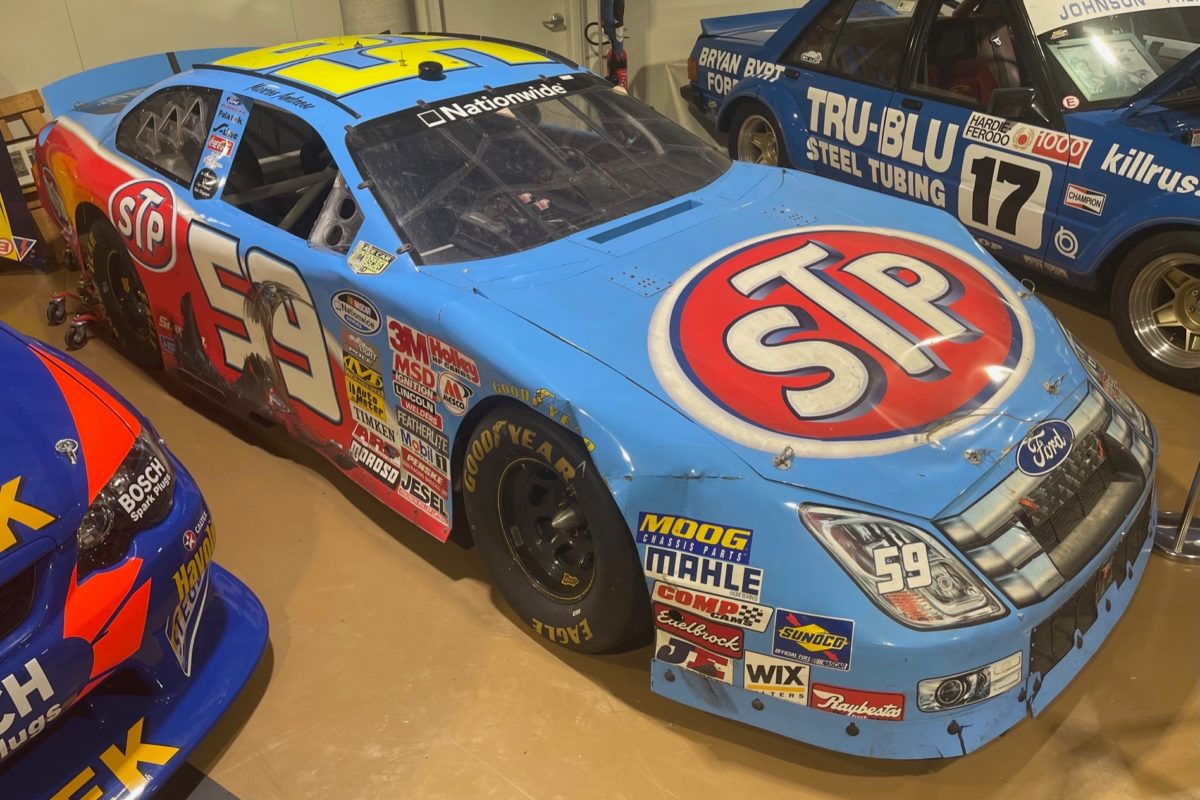 “Carl and Grant have done a fantastic job with the development of the Gold Coast Motor Museum and when they asked if I would like to put Marcos’ STP car on display I had no hesitation,” said Murray.

“To have it sitting next to the Pirtek Falcon, which was also such a big part of my career in racing, makes the whole thing pretty cool.

“My car is for sale and if I do find a buyer, I am sure Carl and Grant would be happy to keep it under their watch if the new custodian wanted to keep it on display.”

Ambrose said he was looking forward to visiting the Gold Coast from his home in Tasmania to check out his old rides and what else the Gold Coast Motor Museum has to offer.

He even hinted at the possibility of getting both the race-winning cars out for a ‘blast around’ at a local race track.

“Obviously I know both of the cars quite intimately and it is fantastic to think they are sitting next to each other at the Gold Coast, just down the road from SBR [Stone Brothers Racing] where we enjoyed a lot of success,” said Ambrose.

“I have not been to the new museum yet, but I have been told the guys who have put it together have done a really nice job and are getting some terrific visitor numbers.

“It is cool that Ross and Jimmy Stone and ‘Crusher’ have organised for the cars to be on display next to each other where people can enjoy them, instead of being stuck in the back of a shed somewhere.

“It would be a bit of fun to get them out for a blast around one day.” 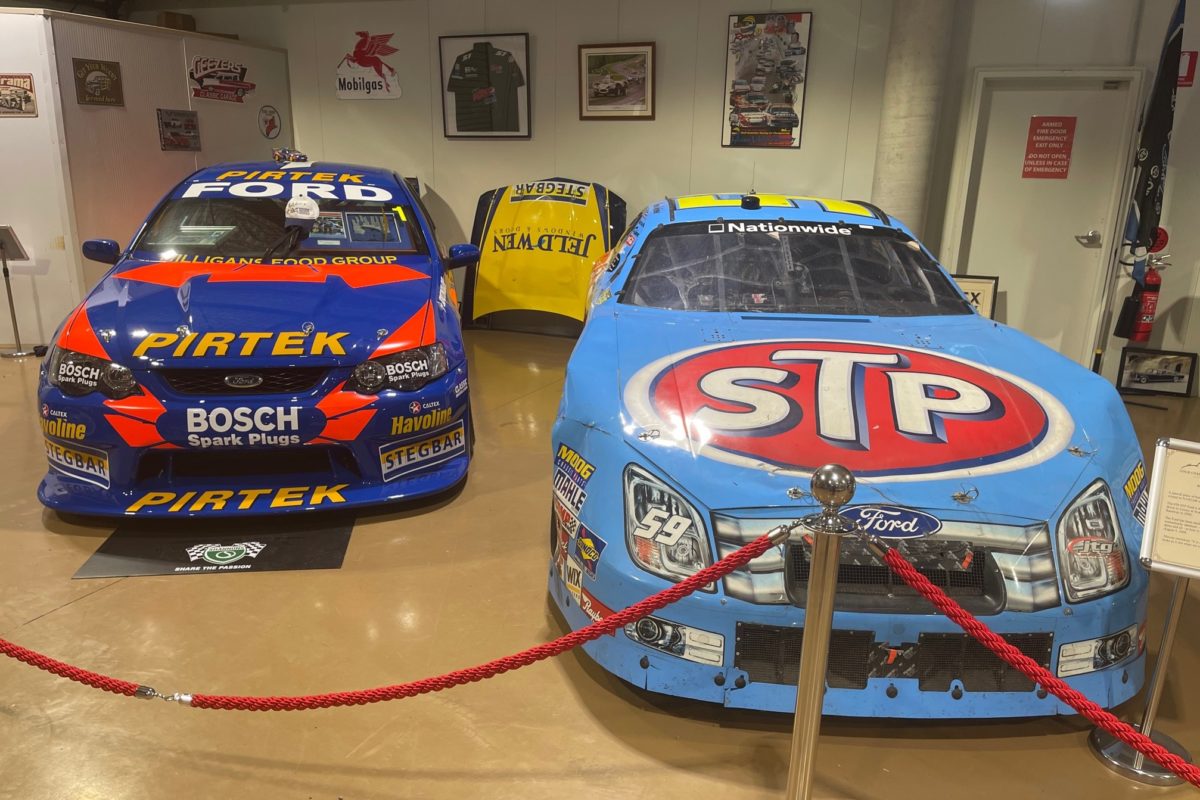 The Gold Coast Motor Museum is located on a 4.8-hectare property at 107 Kriedeman Road, Upper Coomera, at the northern-western end of Queensland’s Gold Coast.

It has become one of the Gold Coast’s leading tourist attractions in a short amount of time and has also become a regular home for many of the region’s car clubs and automotive and motor racing enthusiasts.

The contemporary new facility was a life-long dream of the Amor brothers who have been successful in several business ventures including Aqualuma LED Lighting which supplies commercial and marine underwater LED lighting worldwide.

The museum facility was built over an 18-month period and is a tribute to the Amors’ late father, Denis, who passed away at the age of just 42 when the boys were teenagers.

It is open from 8am-5pm Wednesday through Sunday and further information is available at https://goldcoastmotormuseum.com.au.

More on the Ambrose cars

CLICK HERE for a gallery of the STP NASCAR

Video of the Ambrose NASCAR in action at Queensland Raceway

CLICK HERE for a gallery of the PIRTEK Falcon