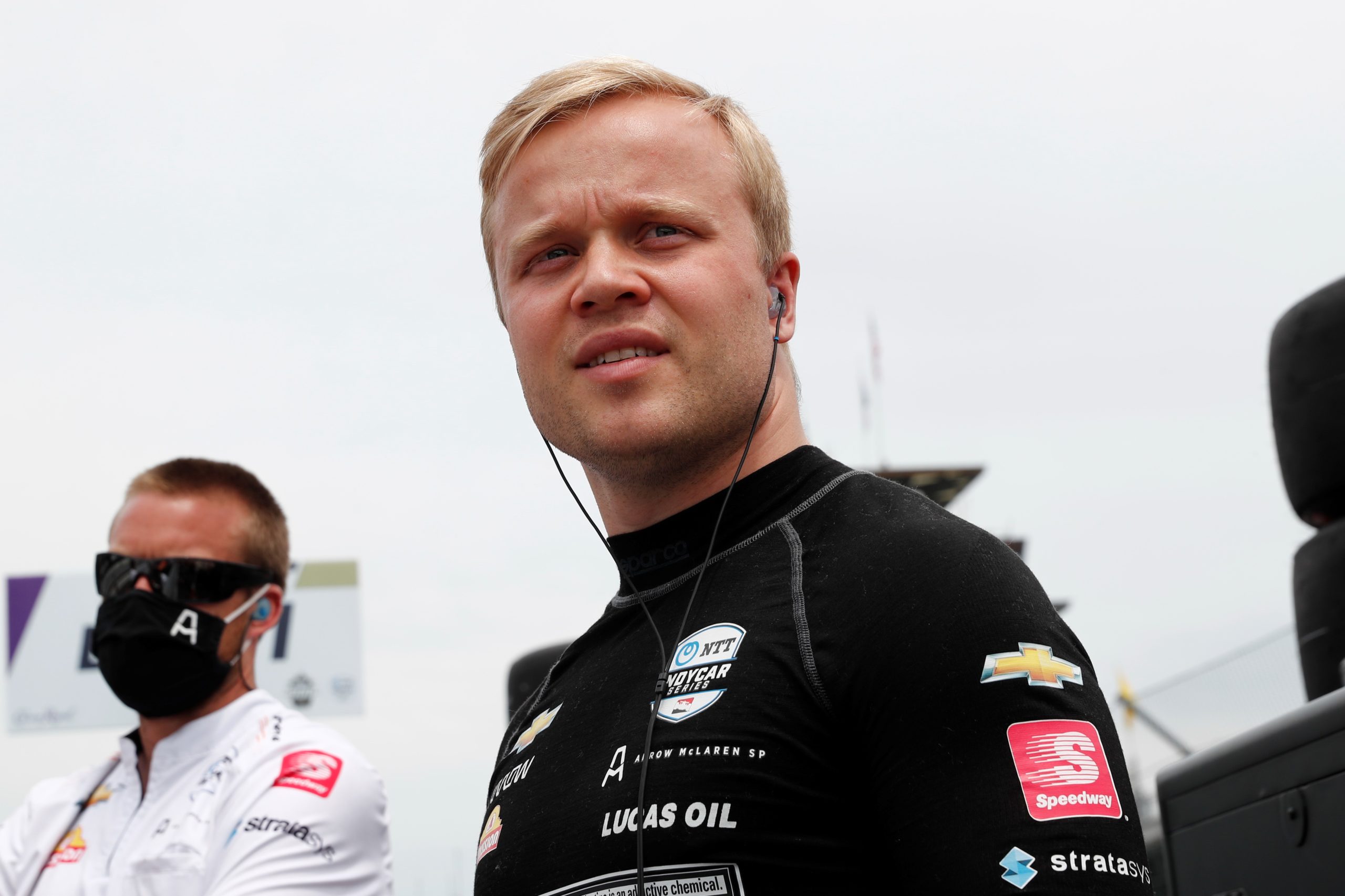 Felix Rosenqvist will remain at Detroit Receiving Hospital overnight after a heavy crash in this morning’s IndyCar Series race at the Belle Isle Street Circuit.

The first race of the Dual in Detroit was red flagged after the Swede suffered what appeared to be a stuck throttle at Turn 6, bringing the race to a halt on Lap 28.

The 29-year-old was taken to the infield care centre and later transferred to the nearby hospital where he was evaluated.

In a statement following the race, Dr Billows said Rosenwvist had not suffered any life- or limb-threatening injuries.

“Following his crash during the race Felix Rosenqvist received an initial evaluation at the infield care centre at Chevrolet Detroit Grand Prix,” Dr Billows said in a statement.

“He was then transferred to Detroit Receiving Hospital for advanced imaging and evaluation by the trauma and neurological services.

“Evaluation revealed no life or limb threatening injuries, he remains awake and alert, he will be observed overnight prior to discharge from the hospital.”

“I’m doing ok, except alot of soreness!” he wrote.

“Thanks for all the messages and to the @IndyCar medical staff for looking after me.

“What a race we had going til that point, bummer… Big congrats to @Ericsson_Marcus on his first W, happy for you bro 🤘🏻”

As yet, the team has not confirmed whether Rosenqvist will contest the second race at the Detroit Grand Prix.

The eighth race of the IndyCar Series gets underway at 02:00 AEST tomorrow.