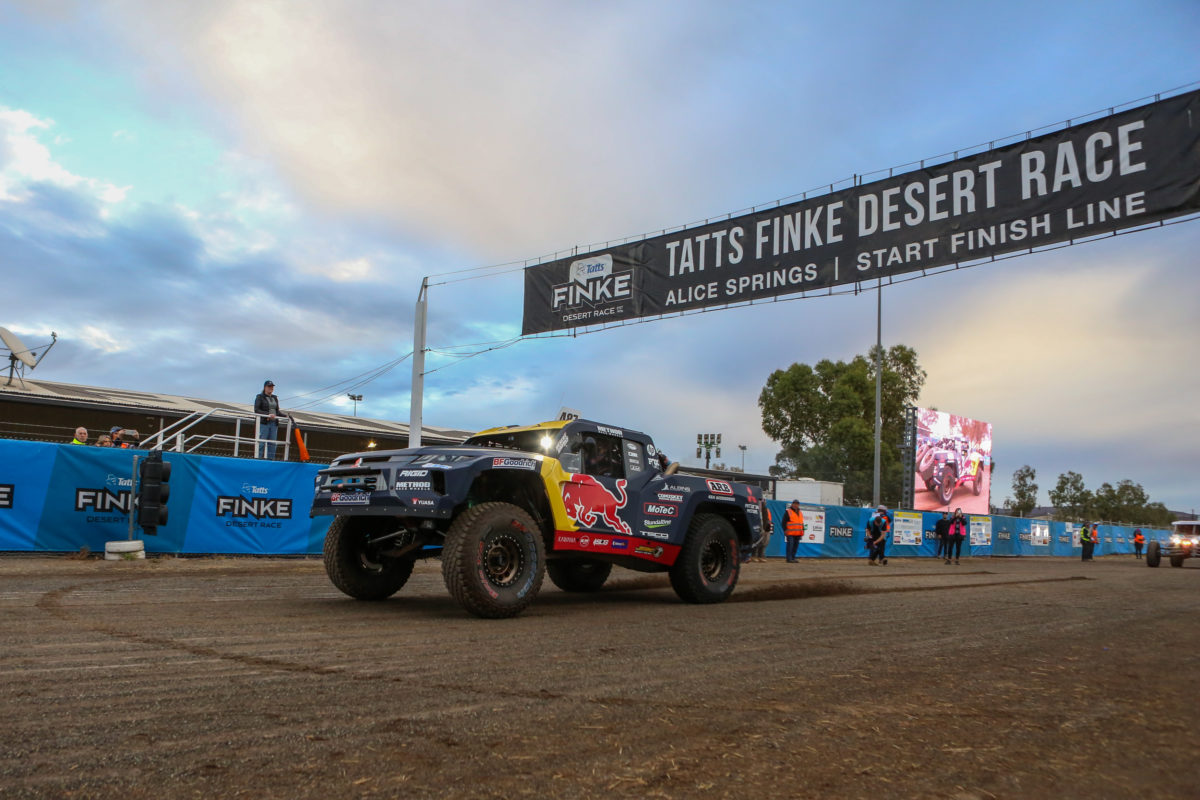 Toby Price leads the Tatts Finke Desert Race after setting a record time in the outbound leg, to Aputula.

Starting first courtesy of victory in the prologue on the day prior, Price completed the 226km run from Alice Springs in 1:39:15.6s in the Red Bull Mitsubishi Triton trophy truck.

Together with navigator Mark Dutton, he averaged 136.6km/h, going almost five minutes faster than he had done when he set the pace in the corresponding leg two years ago.

Next-best were Josh Howells/Eric Hume, who lead the BFGoodrich Motorsport Australia Off Road Championship for which Finke counts as Round 2.

Third outright and second in the Extreme 2WD class belongs to Beau Robinson/Shane Hutt, who are only 18.1s back from Howells/Hume.

Prolite is led by Andrew Mowles in eighth outright, and the Extreme 4WD class by Hayden Bentley/Hannah Bentley in ninth outright.

John Towers/Bruce Young are the highest-profile retirement thus far, having been fourth-fastest in the prologue.

The latter cars are still making their way to Aputula, while the bikes contest is currently in full swing.

Both groups of competitors will make the return leg to Alice Springs tomorrow, the cars first from 07:15 local time/07:45 AEST.