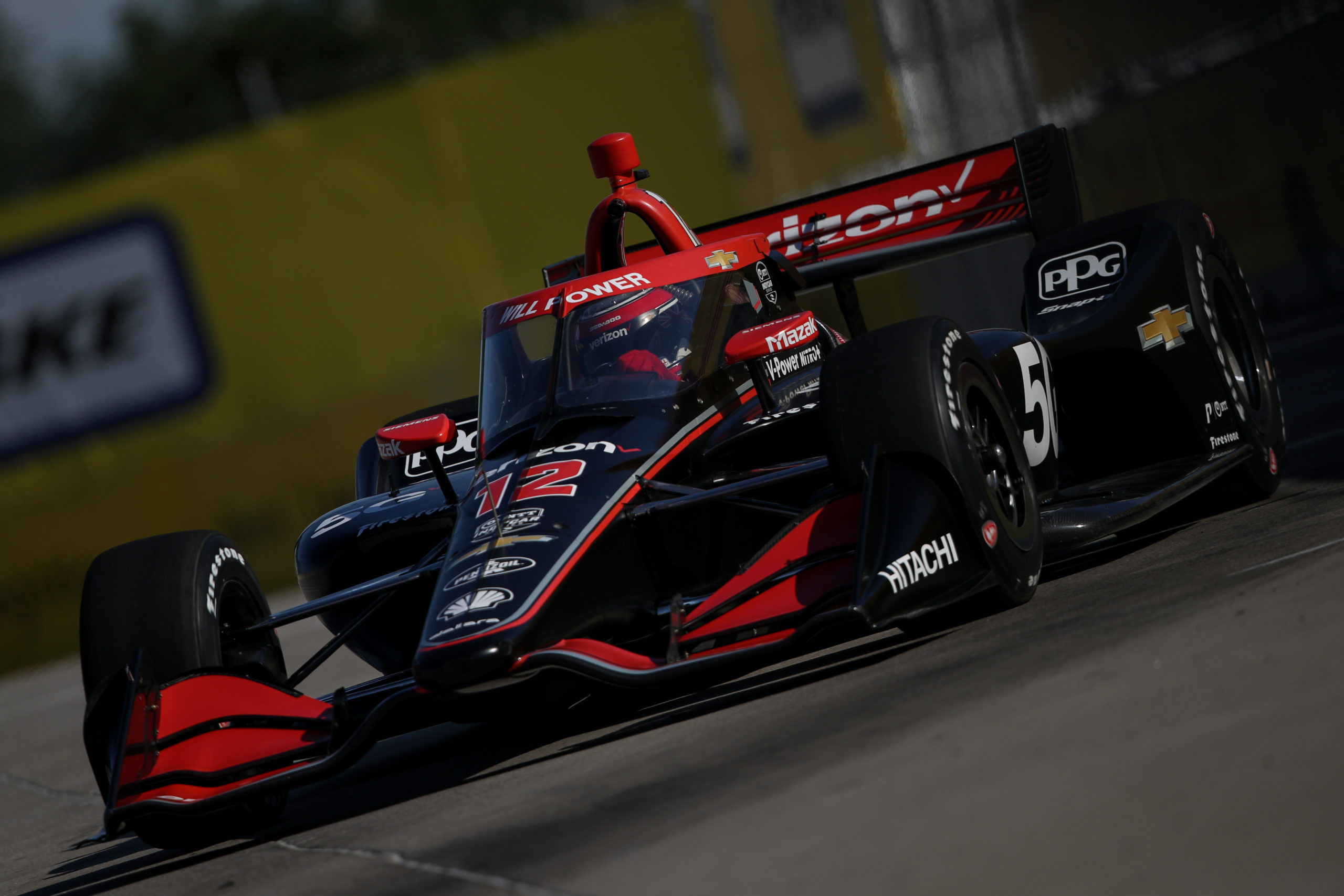 Team Penske driver Will Power says IndyCar Series officials are to blame for him losing this morning’s Dual in Detroit opener.

Power led 37 of the 70 laps at the Belle Isle Street Circuit only for his car to suffer an ECU issue in the dying stages of the race.

The 40-year-old was in the midst of battling Chip Ganassi Racing’s Marcus Ericsson for the lead when the yellow flag flew for Romain Grosjean, who had crashed in the fountain section.

With five laps to go, the red flag was shown and the field returned to the pit lane.

Power duly brought his car to pit exit while the remaining cars lined up behind him.

No sooner had he lined up and Power was on the radio pleading for a fan.

“Please, please, get me a fan, please,” said Power.

Temperatures in Detroit had been over 30 degrees Celsius on what was a humid day, cockpit temperature nearing 50 degrees.

One of Power’s crew members ran to the end of pit lane, but had to await clearance before fitting the car with a cooling fan.

Power’s fears were soon realised when the race got restarted and his Chevrolet-powered car wouldn’t restart.

Soon enough, the field was allowed to go by while Power said idle in the pit lane trying to get his car to go.

He was eventually wheeled back to his pit box where he eventually got going, albeit, three laps down on the field.

Following the 70-lap affair, Power launched into a tirade, pinning the blame on the series’ officials.

“I’m mad at IndyCar because I’m the first car in and they wait for the last car to come to get a fan on that car and it roasts the ECU,” said Power.

“And just going red flag for starters… like, the guys up there in race control never listen to any drivers. They never listen. They don’t care.

“We’ve given them so many good suggestions and they don’t care.

“I worked my arse off today, [just] to have this happen. Like I’m screaming on the radio, ‘We need a fan, get a fan…’ because ECU always overheats.

“They wait for everyone. These guys have still got air coming in their car.

“You work your arse off in this sport, so much money goes into it and it’s just dumb decisions like that.

“If it’s not a yellow they throw, it’s some stupid idea like this, a red flag.”

Visibly animated, Power threw his towel down in disgust after being cost a possible 40th series win.