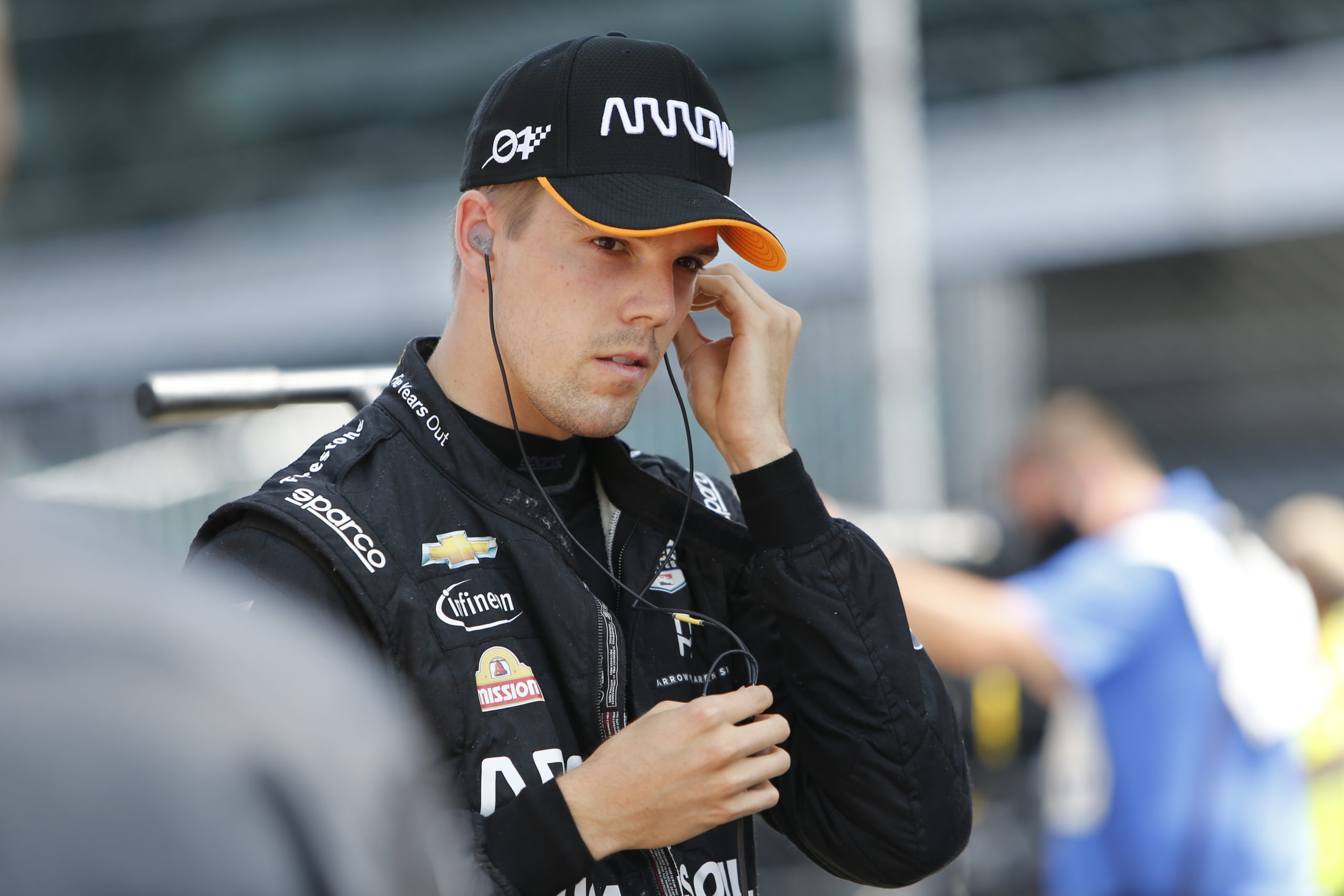 McLaren SP has given Oliver Askew a late call-up to replace Felix Rosenqvist at this weekend’s Detroit Grand Prix.

Askew’s draft into the team comes in the wake of Rosenqvist’s heavy crash during the opening race of the Dual in Detroit at the Belle Isle Street Circuit, which halted proceedings.

Rosenqvist was hospitalised after the incident where he will remain overnight.

Askew, who raced for Arrow McLaren SP in 2020, has a career-best finish of third at Iowa and has not previously raced at the Detroit street circuit.

“Oliver Askew will pilot the No. 7 Vuse Arrow McLaren SP Chevrolet in Race Two of the Chevrolet Detroit Grand Prix on Sunday,” a statement from McLaren SP read.

“Askew will be filling in for Felix Rosenqvist, who is being held overnight at DMC Detroit Receiving.”

Askew won the Indy Lights series in 2019 with Andretti Autosport and graduated to the IndyCar Series with McLaren SP alongside Pato O’Ward in 2020.

A heavy crash in the Indianapolis 500 left Askew with concussion-like symptoms.

Four events later he sought treatment and withdrew from the double-header at Indianapolis Motor Speedway.

Askew contested the 2020 season finale at St Petersburg where he finished 16th before being dropped by McLaren SP.