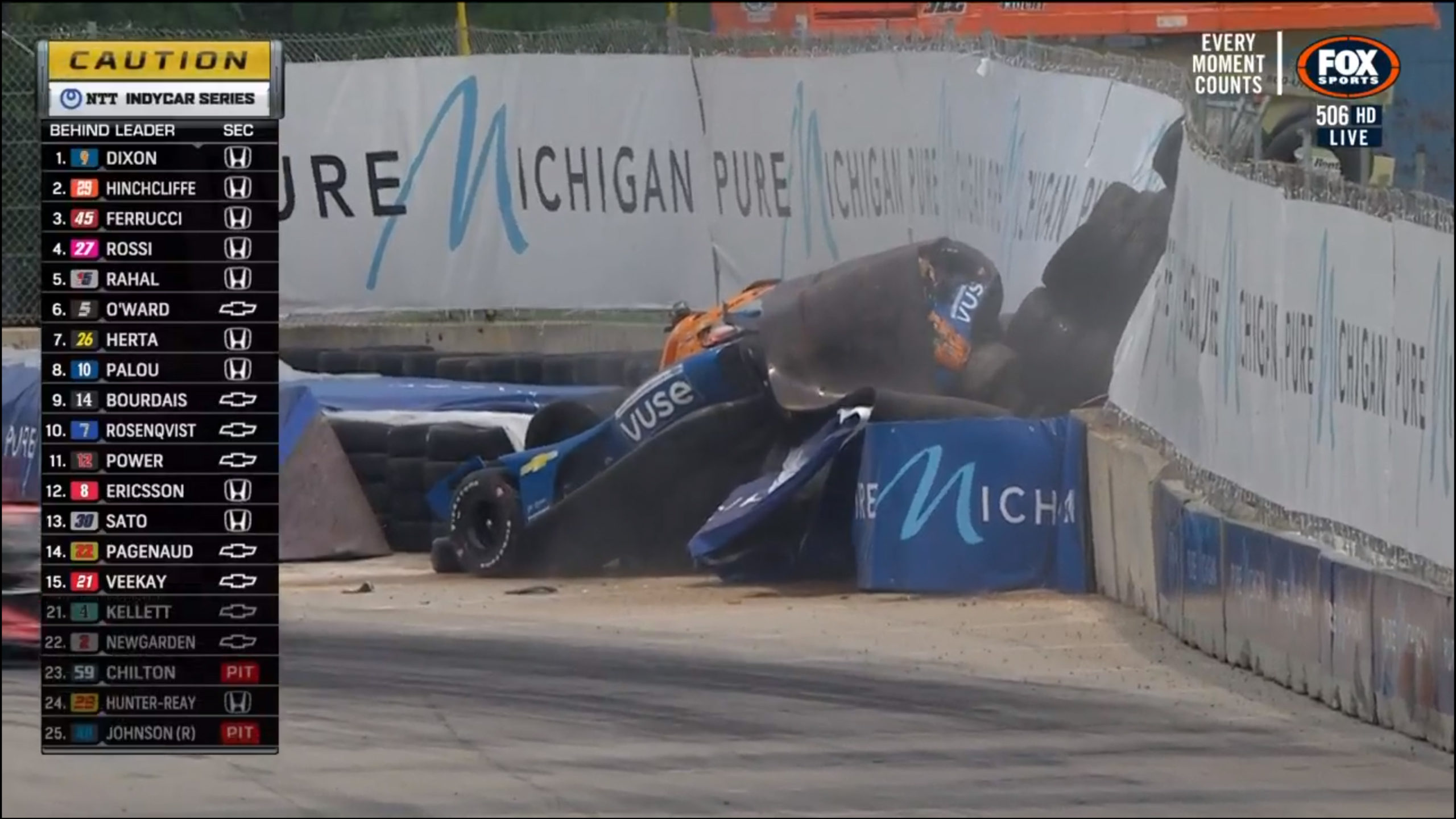 The opening race of the Dual in Detroit has been red flagged after a heavy crash for McLaren SP driver Felix Rosenqvist.

The Swede was having a strong run, climbing from 14th to third, before he suffered what appeared to be a stuck throttle at Turn 6 on Lap 27.

What followed was a heavy hit into the outside tyre wall, launching the Dallara IR-18 into the air and nearly sending a tyre over the catch fence.

Such was the force of the impact that one of the concrete walls fell over.

Onboard footage shortly after the crash showed Rosenqvist was conscious, albeit grimacing.

He was attended to by the safety crew within moments of the impact and extricated before being taken away in an ambulance.

At the time of the red flag, which fell on Lap 28, Chip Ganassi Racing’s Scott Dixon led the race but had still yet to pit.

He was followed by James Hinchcliffe and Santino Ferrucci, both of whom also hadn’t pitted.

Alexander Rossi was the first of those in the queue to have pitted followed by pole position sitter Pato O’Ward, Colton Herta, series leader Alex Palou, Sebastien Bourdais, and Will Power. 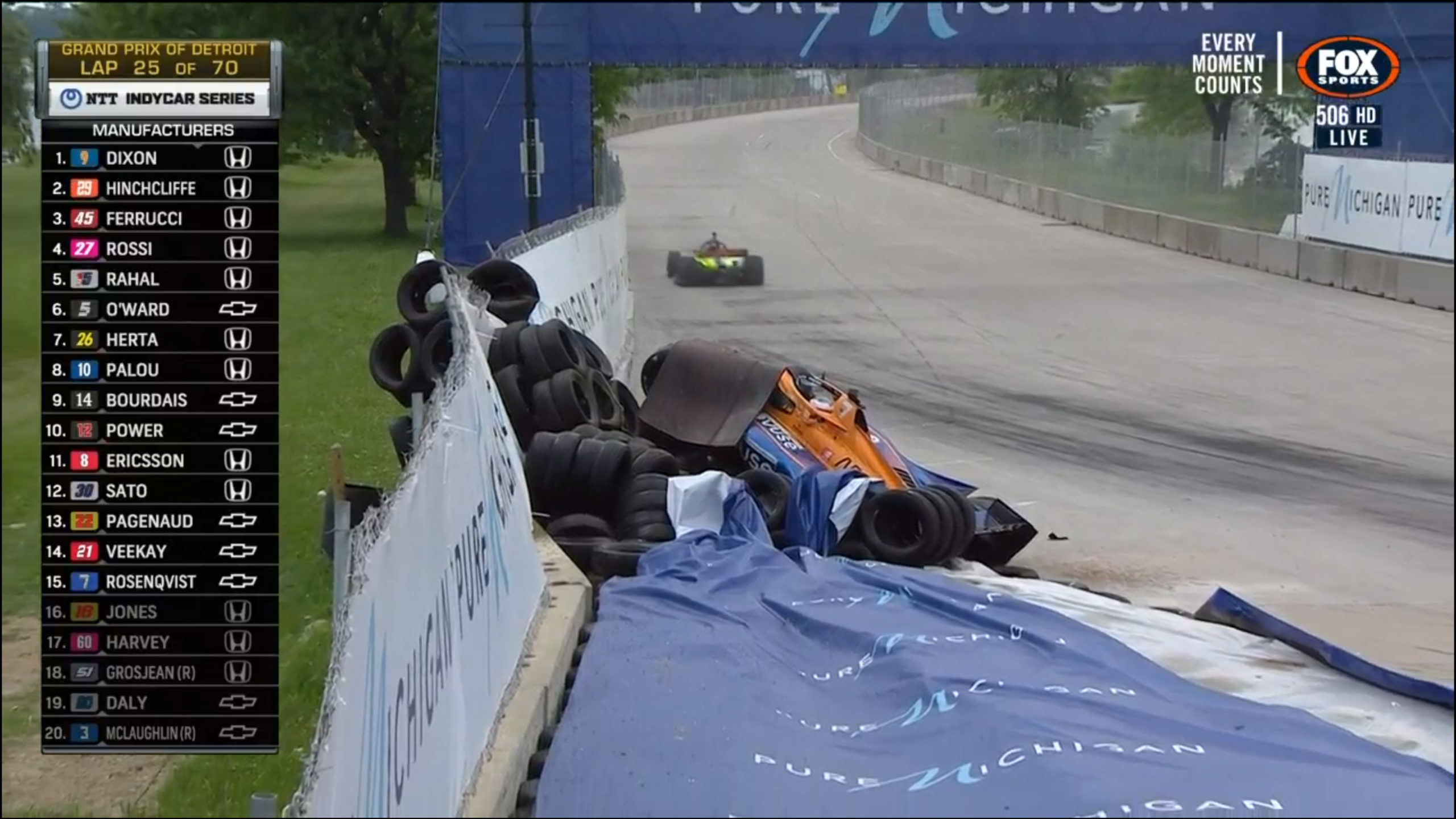 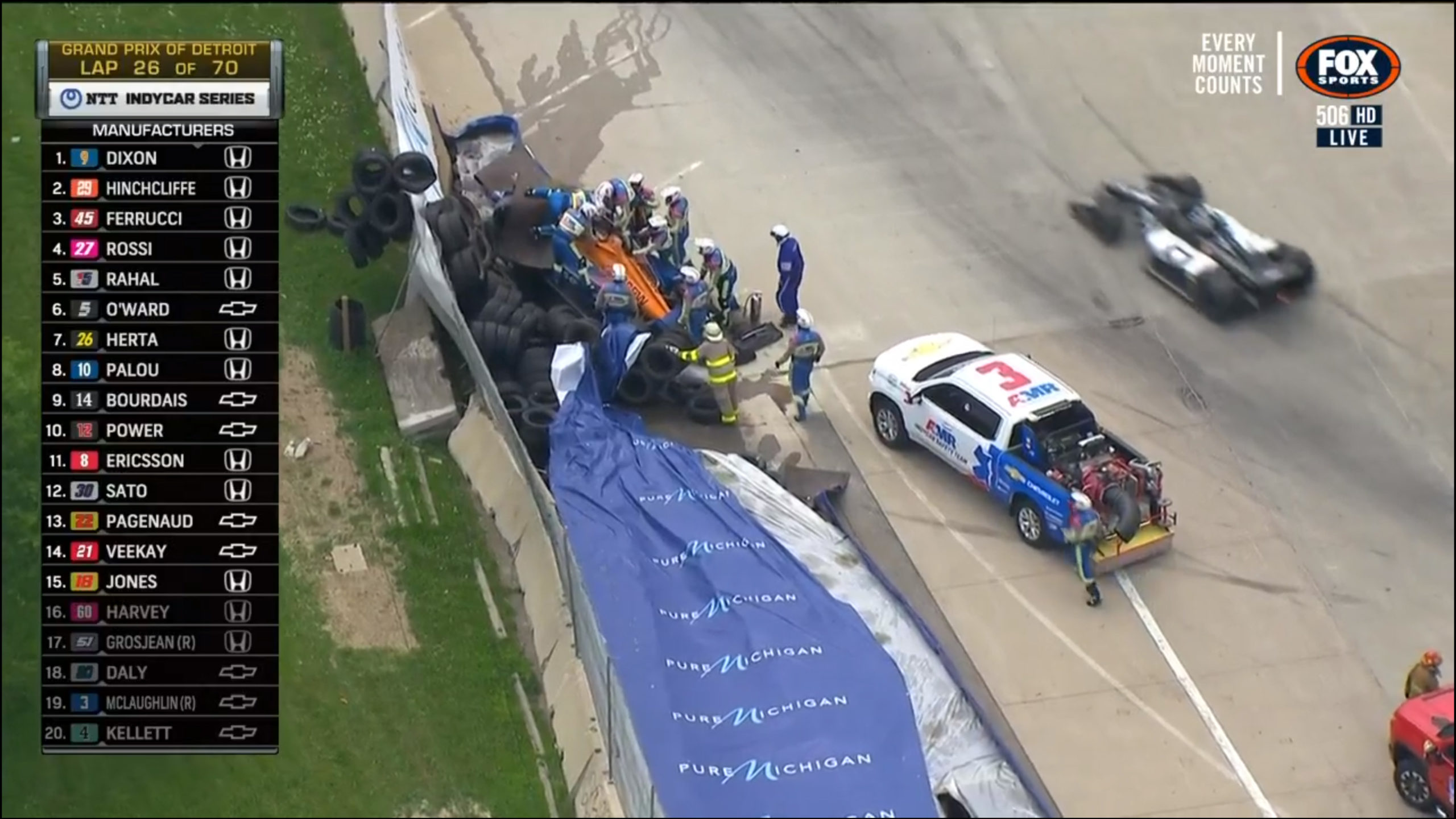