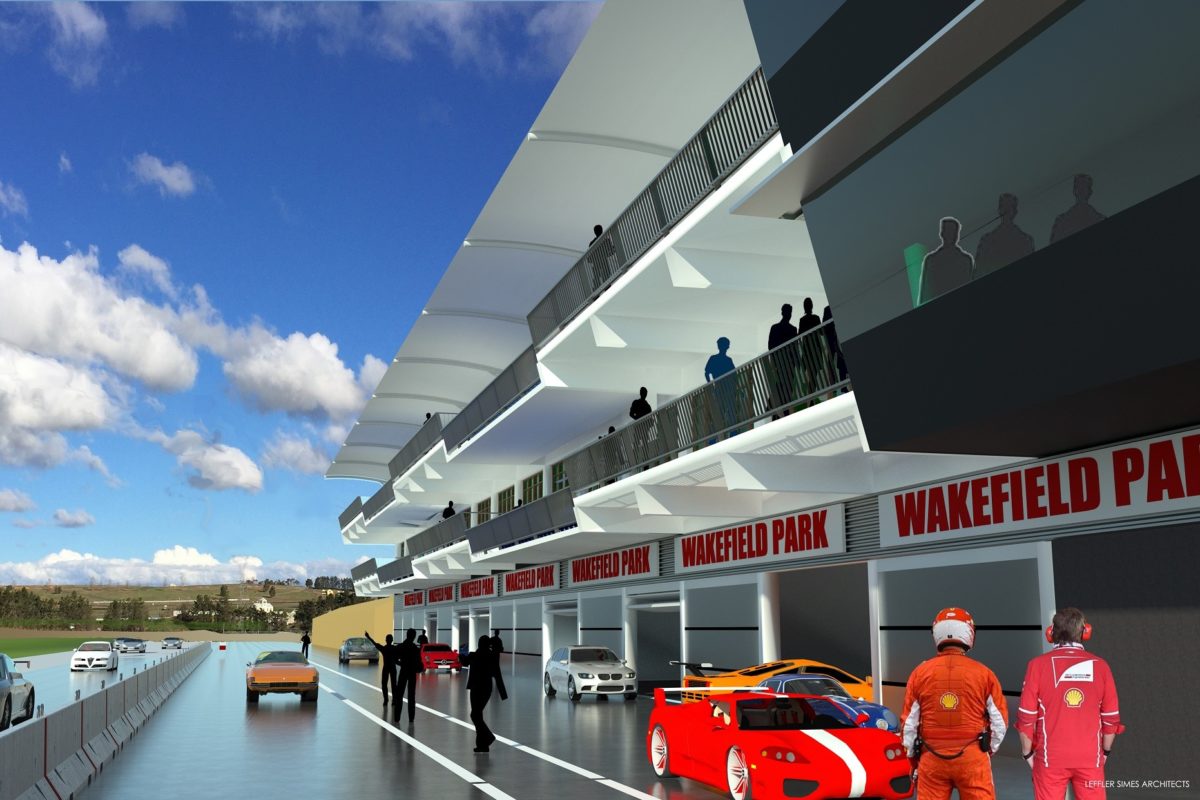 An artist’s impression of the Wakefield Park redevelopment

Wakefield Park itself is said to be under threat after the local council’s planning department recommended against a major redevelopment.

Circuit management last year revealed plans for the major upgrades, which include construction of a multi-storey pit building with corporate facilities and more modern work areas to replace the current single-storey structure.

The development application (DA) will now be the subject of an extraordinary meeting at Goulburn Mulwaree Council chambers on Tuesday week, where its fate will be decided.

According to Wakefield Park, Goulburn’s planning department has advised councillors to reject the DA, mainly due to noise and social impacts issues.

Venue manager Dean Chapman is attempting to rally support for the project, including by way of a petition, which he says is needed to ensure the circuit’s viability.

“We strongly believe that our DA covers these issues fully and appropriately and are both surprised and disappointed that the planning department have determined to recommend that councillors refuse the DA,” wrote Chapman in a letter to stakeholders.

“We strongly refute claims that the DA doesn’t address the issue of noise.

“This meeting will provide a public forum for which councillors will hear from people who have nominated themselves to speak about Wakefield Park’s DA.

“We encourage a show of support by Wakefield Park by either attending the meeting in person, signing the attached petition [Link below] or even better, both.

“Wakefield Park will continue to press on to ensure it is viable and continue to provide the significant economic and community benefits that we are long recognised for providing to the Goulburn community.

“Having worked alongside Goulburn Mulwaree council since 2019 on this issue. We hope that we can have approval so we can continue to attract events and support our community.”

Wakefield Park had advised in its announcement of the redevelopment that it was not seeking to change the noise restrictions under which it currently operates.

The outstanding DA is said to include implementation of a noise management and mitigation framework.

The aforementioned council meeting will be held at the chambers on 184-194 Bourke Street, Goulburn, from 18:00 on Tuesday night (June 22).

At time of publishing, the petition supporting the DA has attracted over 3800 signatures, out of a target of at least 5000.