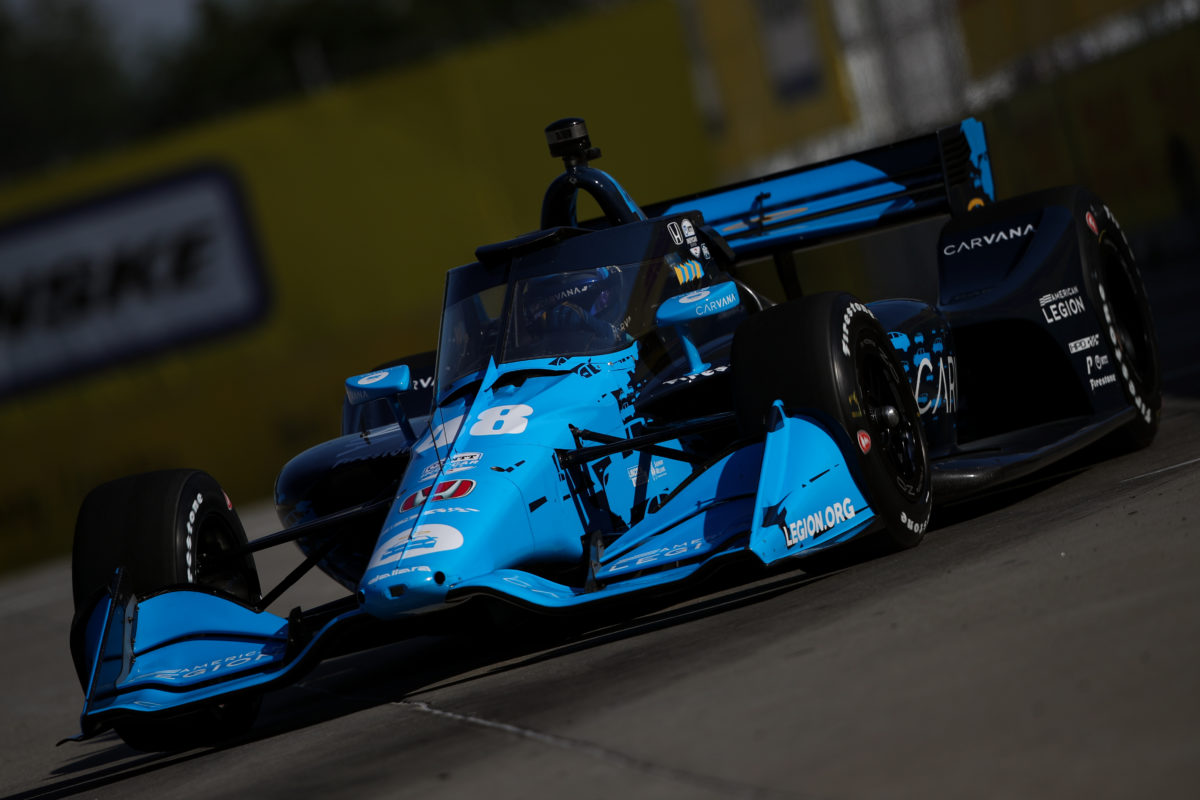 Jimmie Johnson will have the legendary Scott Pruett calling his strategy for this weekend’s Dual in Detroit.

Pruett, who retired from driving in early-2018, took outright victory in the Daytona 24 Hour with Chip Ganassi Racing on four occasions, and five times in total.

He has been brought onto Johnson’s #48 CGR entry after being sought out by the squad’s managing director, Mike Hull.

“It’s great to be here,” said Pruett, who also has two CART race wins to his name, including the 1997 Gold Coast Indy.

“This is a new adventure, for sure. With as many years as I spent at Ganassi and all the stuff I’ve done over the years with team-mates, bringing them along and helping them as much as I could, it seemed like a good opportunity.”

Johnson struggled in the only practice session ahead of the two races around the streets of Bell Isle, propping up the timesheet at more than five seconds off the pace set by Will Power.

He did get away unscathed from a spin during the 75-minute hit-out, save for the five-minute penalty for causing a red flag.

Pruett’s remit will also include working with Dario Franchitti as mentors to Johnson.

“Working together with Dario Franchitti, he’s been doing a great job with these guys and a lot of talented team-mates,” said the former.

“This is a big ask. When you’re going from NASCAR to IndyCar, having the feel and what it’s going to take, it’s a lot to learn in a short period of time. Jimmie is doing a great job getting rolling.”

The IndyCar field is back on track in the early hours of tomorrow morning, before the first race of the weekend from 04:00 AEST.