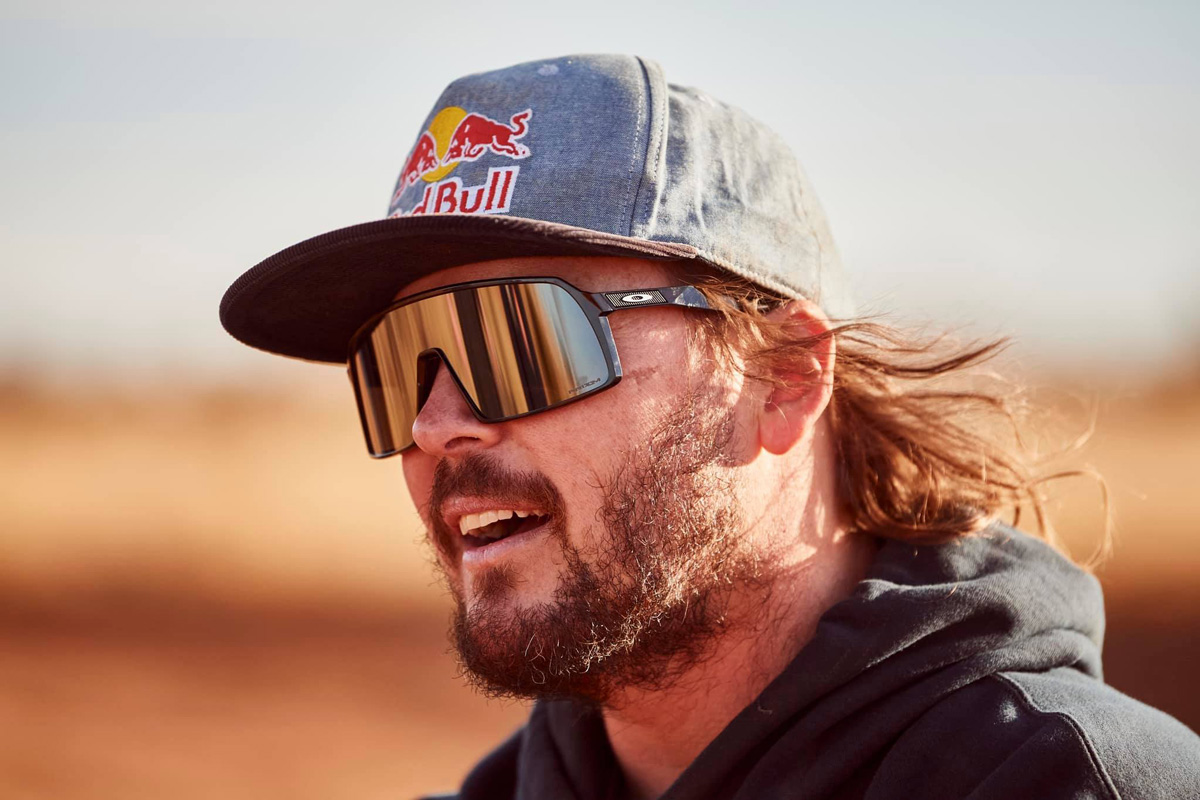 Toby Price is wishing for luck to be on his side this weekend as he chases his first Tatts Finke Desert Race crown on four wheels.

The 33-year-old has conquered Finke on six occasions in bikes but won’t contest that class in the 2021 edition as his recovery from a broken collarbone suffered in the Dakar Rally in January continues.

Instead he’ll channel his full focus into the debut of his world-first Mitsubishi Triton Trophy Truck, with Prologue today and racing tomorrow and Monday.

He hopes the new equipment he’s armed with can eliminate any reliability concerns.

“The last few years this event hasn’t been too kind to me,” Price admitted to Speedcafe.com.

“I’ve been really successful on the bike out there, pretty much every time I lined up I won on the bike, but yeah just with the truck, our first year we were kind of really unknown, didn’t know what to expect, didn’t have anything, that was our best result.

“We were second overall and first in class but we were about seven minutes short of the outright win.

“But with my knowledge of the track, I know that really well and the last three years little minor things from a $40 bolt to a $5000 rear gear end that breaks, it’s taken me out of the race so yeah it’s a little frustrating.

“We have opted for a whole new thing [this time] so if something does go wrong here, I’ve run out of options.

“I don’t know what else I can do, I’ve done all I can right now. But we should be good, I’m excited for it.”

Triple Eight Race Engineering team manager Mark Dutton is due to navigate for Price in the Prologue and Sunday leg, before mechanic Joe Weining takes over for Monday’s return run.