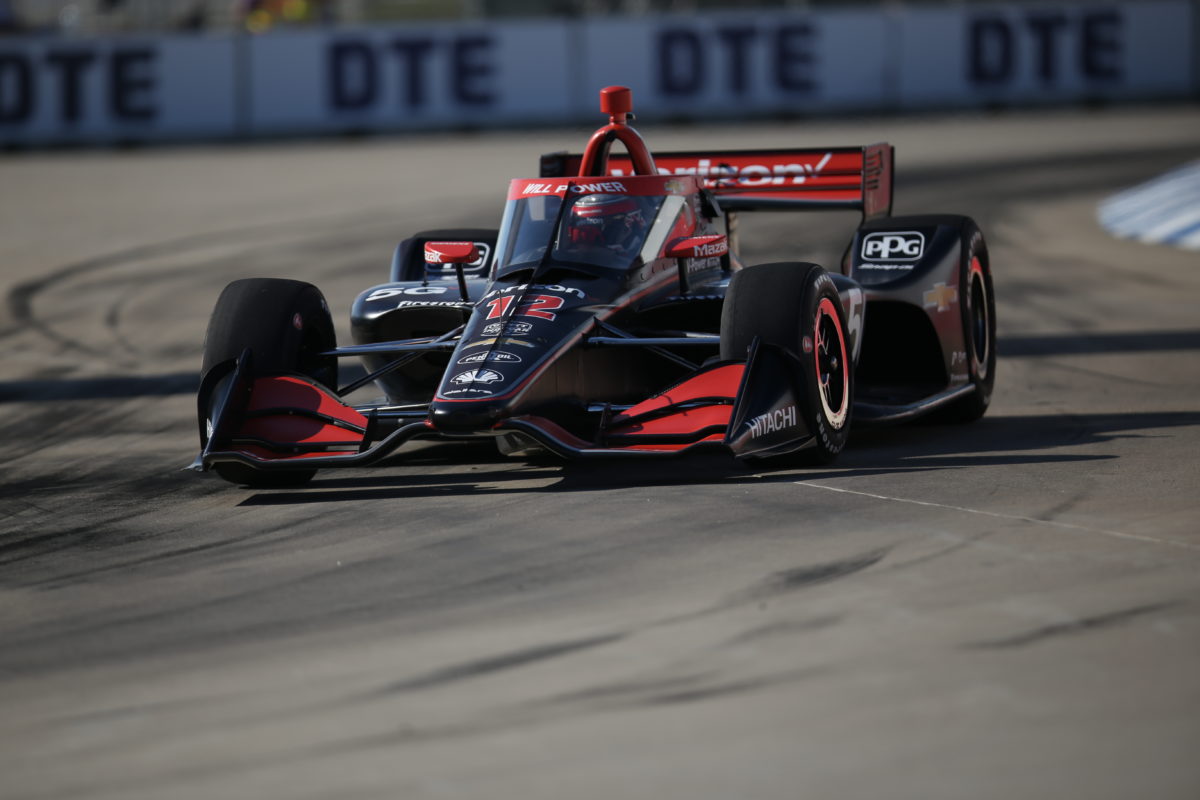 Will Power has set the pace in the only practice session for this weekend’s Detroit IndyCar double-header while fellow Team Penske driver Scott McLaughlin crashed.

McLaughlin wound up second-last of the 25 drivers at the completion of the 75-minute hit-out, with just five laps to his name.

The New Zealander lost the rear end of the #3 machine and slid into the tyre barrier at Turn 5, after which he took no further part in proceedings.

Power was quick on both compounds of tyre, clocking a 1:17.6869s on primaries before laying down a 1:17.2768s on the red-walled alternates on his final lap of the session.

That left him 0.1523s ahead of AJ Foyt Racing’s Sebastien Bourdais, with McLaren SP’s Patricio O’Ward third at 0.2375s off the pace.

First of the Honda-powered drivers was Scott Dixon with a best of 1:17.617s which put the #9 Chip Ganassi Racing entry fourth on the timesheet.

Among Dixon’s team-mates, series leader Alex Palou was only 15th, and Jimmie Johnson last after he spun the #48 machine.

Qualifying for the first race of the weekend kicks off early tomorrow morning (AEST), before that 70-lapper kicks off at 04:00 AEST.

REPLAY: @jimmiejohnson and @smclaughlin93 involved in separate incidents during practice. Scott has been checked and cleared.