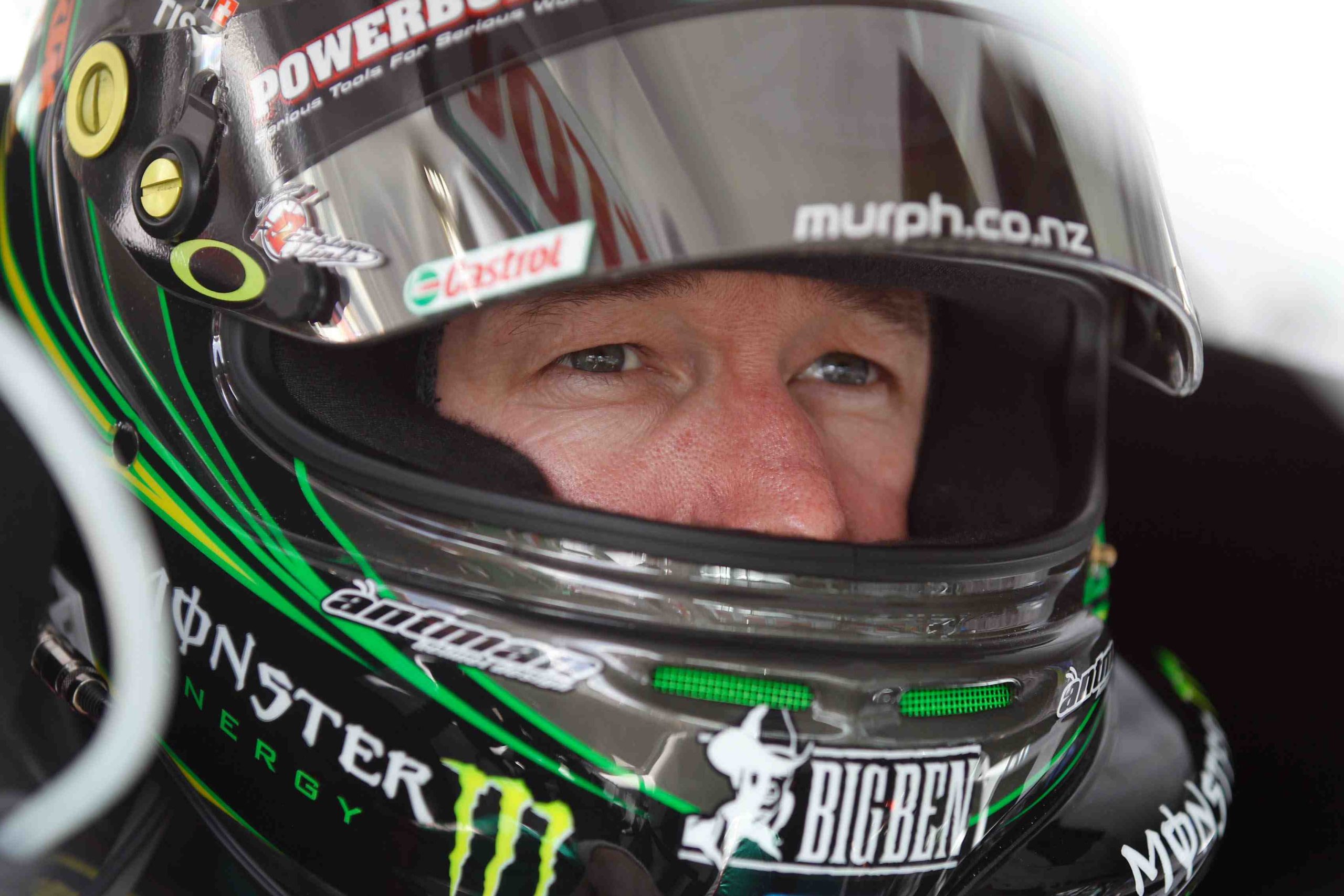 Greg Murphy says he’s got a lot of work to do before he is mentally match fit for this year’s Repco Bathurst 1000.

Earlier this week it was announced the 48-year-old will make a return to Mount Panorama after a seven-year absence.

There, the four-time winner of the Great Race will join countryman Richie Stanaway in a Boost Mobile-backed Erebus Motorsport-run Holden ZB Commodore.

While the cars have the same fundamental underpinnings as when the New Zealander last drove in the championship, Murphy admits he’s some way from being back in the game.

Speaking with Speedcafe.com at the Norwell Motorplex driver training centre during the week, Murphy said he had been hesitant to commit to the gig given his time away from the sport.

Asked why he agreed to make a comeback, Murphy replied, “It’s a very good question I’m still asking myself, especially after being out here for a morning being absolutely taught a new lesson on how to drive.”

The driver training centre will be a focal point for Murphy in his efforts to get the racing brain re-engaged.

Murphy spent half a day at the Paul Morris-run complex behind the wheel of a road-going Toyota 86 with data logging and plans to return several times more.

“It’s fantastic, I’ll be coming back to spend some more time here,” he said of the northern Gold Coast facility.

“I knew I was going to need to do all sorts of things, right? You’re not going to just rock back up to Bathurst after a seven-year hiatus, not have been attached in any sort of professional capacity for that long, and just think you’re going to drive again.

“That’s a big reason why initially I was just like, ‘You’ve got to be joking’. My mindset is just totally removed. I’ve got to start retraining the brain a little bit in some areas to make sure that you’re focused on the right things.

“It’s been awesome just fanging around out there. I know how great these little cars are to learn bits and pieces. These young guys that are spending so much time doing this, it’s awesome just to get some guidance again.”

The data logging gives Murphy a chance to benchmark himself against the current crop of drivers to see where he’s getting it right or wrong.

“It’s like, okay, that’s not quite that simple, but it’s good making progress. You get it. Your brain starts to function again. It’s just feel. It’s the brake pressure. All that kind of stuff.

“These cars aren’t race cars but it’s still about training the brain to start to find a new default. Because my default is shit at the moment.

“I watch these guys and I’m in awe of what they’re doing in these race cars, completely in awe,” he added.

“It really blows me away. Things have just moved and changed so much.

“The tools that they are using now to be as good as they are… you just go, ‘Wow’, they’re making the most of amazing facilities like this and they’re using each other.

“We didn’t want to share anything back in the day and I didn’t think about coaches and using the information or using each other to improve and get better and understand more. I know what the challenge is. It’s mammoth. I was not immersed in this kind of preparation.”

Murphy said he can understand why those who spend so much time at the driver training centre are as good as they are.

While the record book reads that Murphy has four Bathurst 1000 wins to his name, he believes it means very little.

“You’ve got some skills, but they’re pretty rusty and are not up to date. You need OS 10.0.2.3.whatever and I’m still in the nines somewhere OS 9.something.

“My hard drive actually can’t be configured with the new software. It’s like you’ve got to buy a new hard drive. That’s how I sort of see it.”

Elsewhere, Murphy is set for a handful of domestic racing outings.

This weekend he’ll contest the second round of the North Island Endurance Series in a front-wheel-drive Audi TT RS VLN, which used to race on the Nurburgring.

The second endurance race at Bruce McLaren Motorsport Park, Taupō, will be shown live on Fox Sports 506 and Kayo on June 12 from 09:00 AEST.

The wildcard team of Murphy/Stanaway will be allowed three test days in the lead up to the Great Race, with the 161-lap epic to be held on October 10.