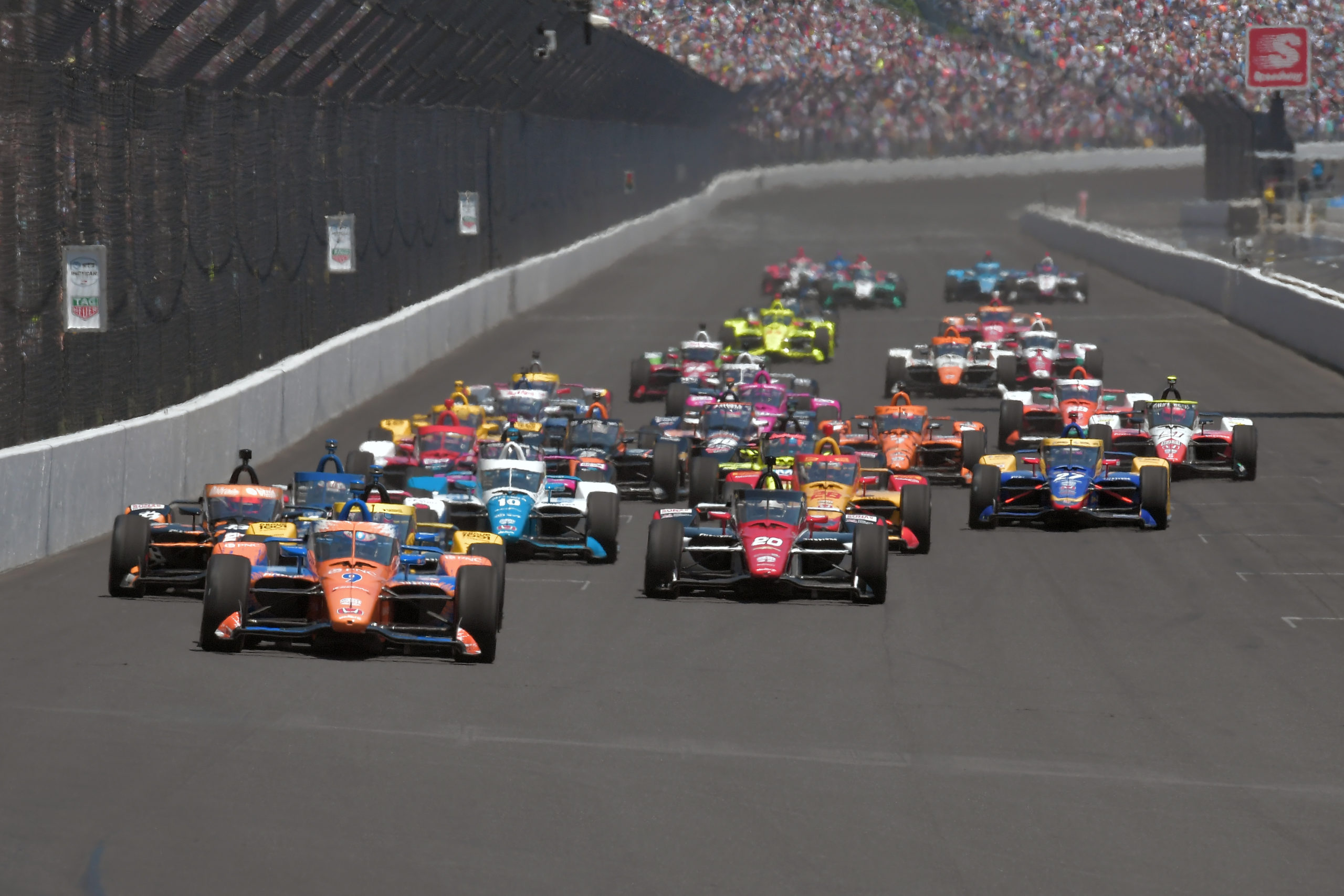 Scott McLaughlin has recounted his stop-start debut in the 105th running of the Indianapolis 500 that he said nearly ended with him in the wall.

Following a 20th place finish in his Indianapolis 500 debut with Team Penske, onboard footage of the race start from McLaughlin’s point of view emerged.

In it, the #3 pilot is seen getting a good getaway and swing to far right-hand side of the oval on the approach to Turn 1.

Despite the strong start, the Kiwi filed in behind Sato.

“It’s funny, on the onboard cameras you can literally see me talking to myself,” McLaughlin said on his Balls & Bumpers podcast.

“It was nothing that I thought about the night before. The night before I was like, ‘No, I’m going to get into Turn 1, I’m just going to chill out and get into my rhythm’.

“Dude, the first thing I did as soon as I put the pedal down, I went four-wide. I went straight in. Straight around [the outside]. I’m like, ‘What are you doing, you dickhead?’ I sort of thought about. Then I’m like, ‘I’ve still got this hole’ so I kept going.

“It started good. If I had a bit more of a better run and if I didn’t half think about it like I did, I probably could have got around them.”

McLaughlin said the start of the race drew a positive reaction from his crew, who joked with him after the race.

“They were all laughing at me,” said McLaughlin.

“They were all like, ‘I thought you were going to take it easy?’ They were just like, ‘What the hell?’

“There’s a good video of the boys looking at the start. You can see us all go past and you can see them all up on the wall going, ‘Oh no, we’re done’.”

Until about halfway, McLaughlin had been in contention for a top 10 finish.

However, a drive-through penalty for speeding in the pit lane starved him of that chance.

After the race, McLaughlin was crowned Rookie of the Year.

This weekend the New Zealander is contesting the Dual in Detroit at the Belle Isle Street Circuit.