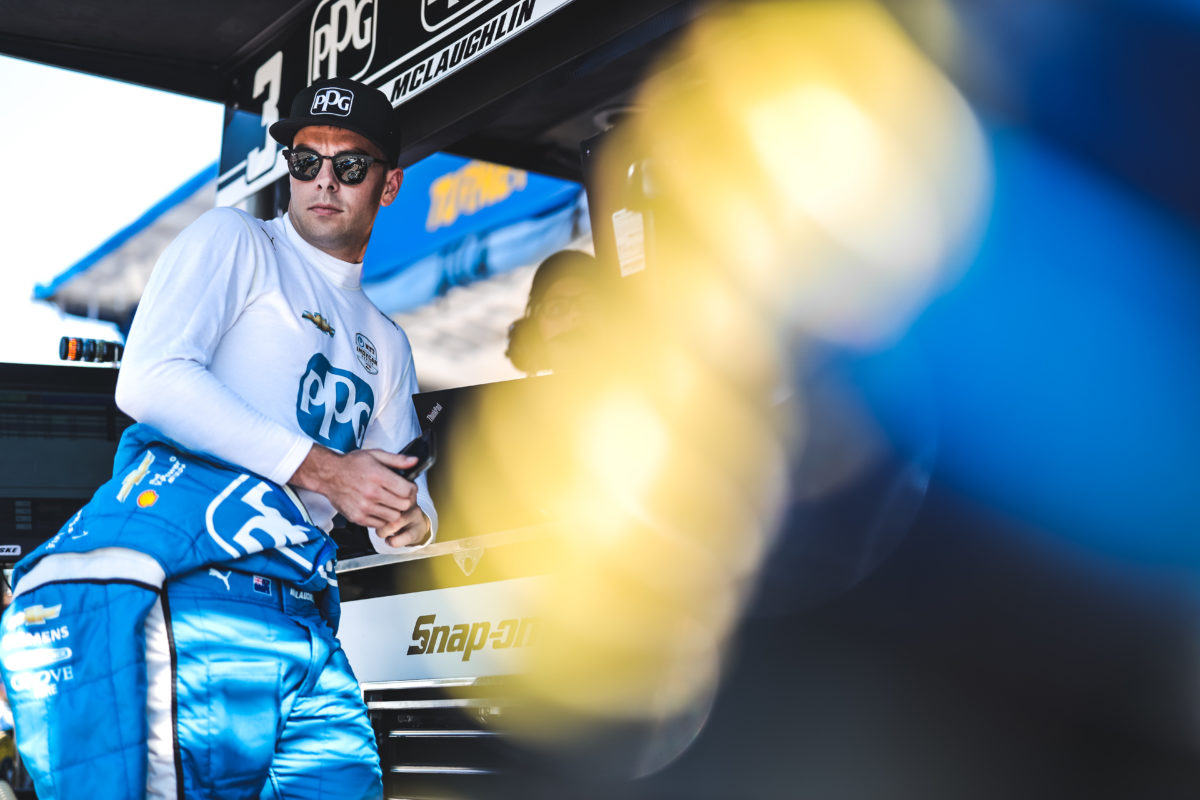 Scott McLaughlin admits he is “really dirty with myself” after a crash which consigned him to just five laps in practice for the Detroit IndyCar event.

The rear of the #3 Team Penske car broke loose through Turn 5 in the early stages of the 75-minute session, sending McLaughlin front-first into the tyre barrier.

With little running, the rookie ended up 24th on the timesheet, ahead of only Jimmie Johnson.

“Made a stuff-up; really dirty with myself,” said McLaughlin in a social media post he recorded while walking out of the circuit.

“Lost the rear going into a pretty tight corner and nosed her into the fence and wiped the right-front corner off, so, really sorry to all the guys on the PPG car because I felt really good.

“So, it’s onwards and upwards from here; just got to put it behind us and get going for tomorrow but appreciate everyone’s support.

“Pretty dirty with myself, I’ll be hard on myself but come back stronger tomorrow and we can only go up from here.”

The session was the only hit-out before qualifying for the first of this weekend’s two races around the streets of Bell Isle.

Fellow Team Penske driver Will Power set the pace, with Josef Newgarden eighth-fastest and Simon Pagenaud 19th in the squad’s other two entries.

Power was then part of an especially colourful post-session press conference, when he grumbled about a “wanker” who kept holding up faster drivers.

That triggered an amusing back-and-forth with Pato O’Ward and Alexander Rossi as they freewheeled about how to settle scores off the race track.

CLICK HERE to watch highlights of the press conference

The IndyCar field is next on track in the early hours of tomorrow morning, before race start at 04:00 AEST.