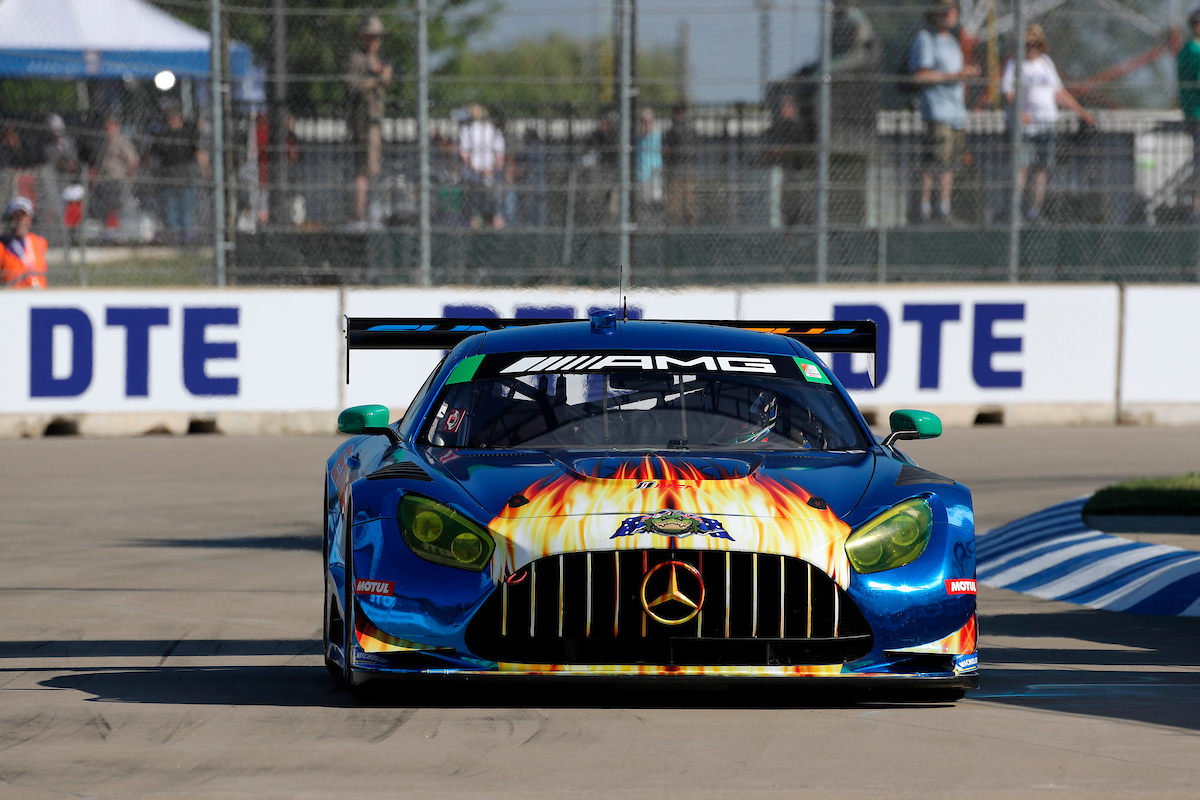 Successful US-based Australian racer and solar entrepreneur Kenny Habul has been forced to his spare car for this weekend’s round of the IMSA WeatherTech Sportscar Championship in Detroit, Michigan.

Habul will again share his #75 SunEnergy1 Mercedes-AMG GT3 in the GT Daytona (GTD) class with Canadian co-driver Mikael Grenier, who has been part of the SunEnergy1 team since the start of the 2021 season.

Ironically, Belle Isle sits in the middle of the Detroit River which splits the US State of Michigan and Canada.

In the most recent race of the IMSA season at Sebring in Florida the SunEnergy1 Mercedes was running strongly before battling an ABS issue.

The team, which included Habul, Grenier and German Maro Engel, clawed its way back to put itself in contention for a solid result when a loose wheel sent their Mercedes into a wall which caused enough damage for the car to be shelved for this weekend’s event.

Habul and Grenier were 10th in today’s qualifying after tyre pressure issues.

“The guys did a good job to get the car together with what they had, but there was a mistake made with tyre pressures today and that cruelled us for a solid result,” said Habul.

“I think we will have some speed for the race, but we have to be patient on a track like this.

“Sebring was certainly one that got away from us and we need to make up for that this weekend.”

This weekend’s event will be the main support act to Races 7 and 8 of the NTT IndyCar Series on the famous Belle Isle track.

The event is one of the Habul’s favourites of the season.

“Detroit has such a great affinity to the automotive industry and it is just a cool place to race,” said Habul.

“We have run here strongly in the past and I guess when you are fast you are going to enjoy it, but It’s not a place where you can afford to make a mistake because those walls can bite pretty hard.”

Habul and Grenier will have a 20-minute warm up session tomorrow morning to make final preparations before the race – the 100-minute Chevrolet Sports Car Classic which is a twilight race which gets under way at 17:00 local time (07:00 AEST).