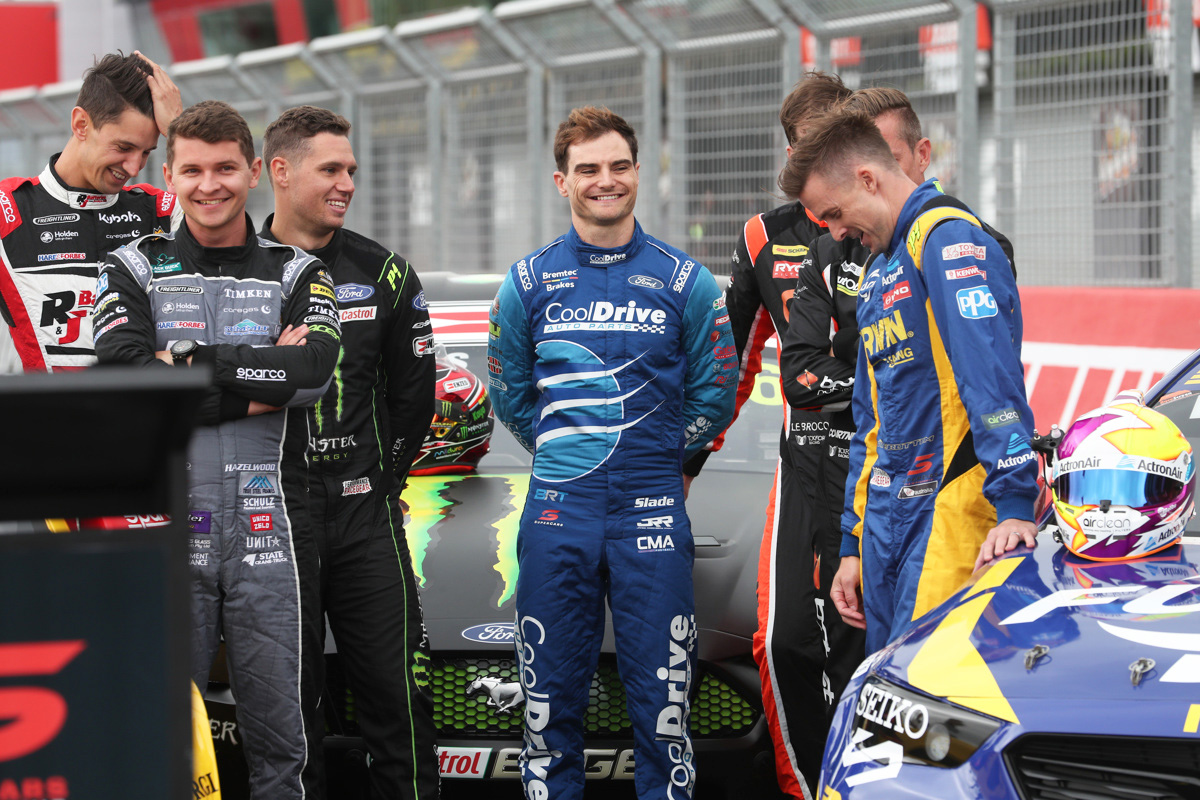 Drivers at the 2021 Supercars season launch

Supercars has created a shortlist of drivers to be behind the wheel when it begins testing of its new Gen3 Mustang and Camaro in August.

With the launch of the project pushed back, ironically Gen3 is then set to make its racing debut in August 2022 at the same Eastern Creek circuit.

Before then, there’s plenty of testing to be done and a decision still to be made on which drivers will be used.

Burgess said current drivers will be used at some point.

“There’ll be days where you want a current driver to evaluate something and there’ll be days where, for all intents and purposes, you just put in fuel and tyres in the car and you’re generating good, safe, reliable kilometres to validate parts,” said Burgess.

“Each different thing that we validate will require a different input from a driver, and you do want the knowledge that the driver has got now.

“They’re the guys that are going to be racing them. So it would be foolish to think that you can develop a car without a current driver. We want their feedback. We want their input.”

Supercars has promised it will be transparent with teams in its testing of Gen3 prototypes.

Testing will largely be run by Supercars’ own technical department in conjunction with the two homologation teams, Dick Johnson Racing and Triple Eight Race Engineering.

However, all teams will be invited to attend testing and have access to data that the two homologation teams will acquire.

“We’ll be as inclusive as we can,” said Burgess.

“The teams will be invited to come. We will be using a lot of the team staff. There’ll be Supercars staff as well. That stuff is still some of the small detail that we’ll get to in another month or so.

“Whatever we do, everything will be transparent. All the data, all the set-up sheets, all the timing. Everything is there for all of the teams.

“We’re certainly not going to allow two teams just to be loaded up on information and the other teams left in the dark.

“We consciously try not to do that with all the things that we test throughout the years. We always try and share the information.

“After the last VCAT (Vehicle Control Aerodynamic Testing), every single team got a full aero map.

“They got all the information that the two teams at the VCAT received. So that will be the same thing with the rollout of the Gen3 car, everything will be transparent.

“The teams will be invited to come to the tests, not so much to contribute to the running of the car, because you can have too many people all trying to put their opinion in if you allow that.

“That will be dictated and all organised by Supercars with the help of either of the teams running the car.”