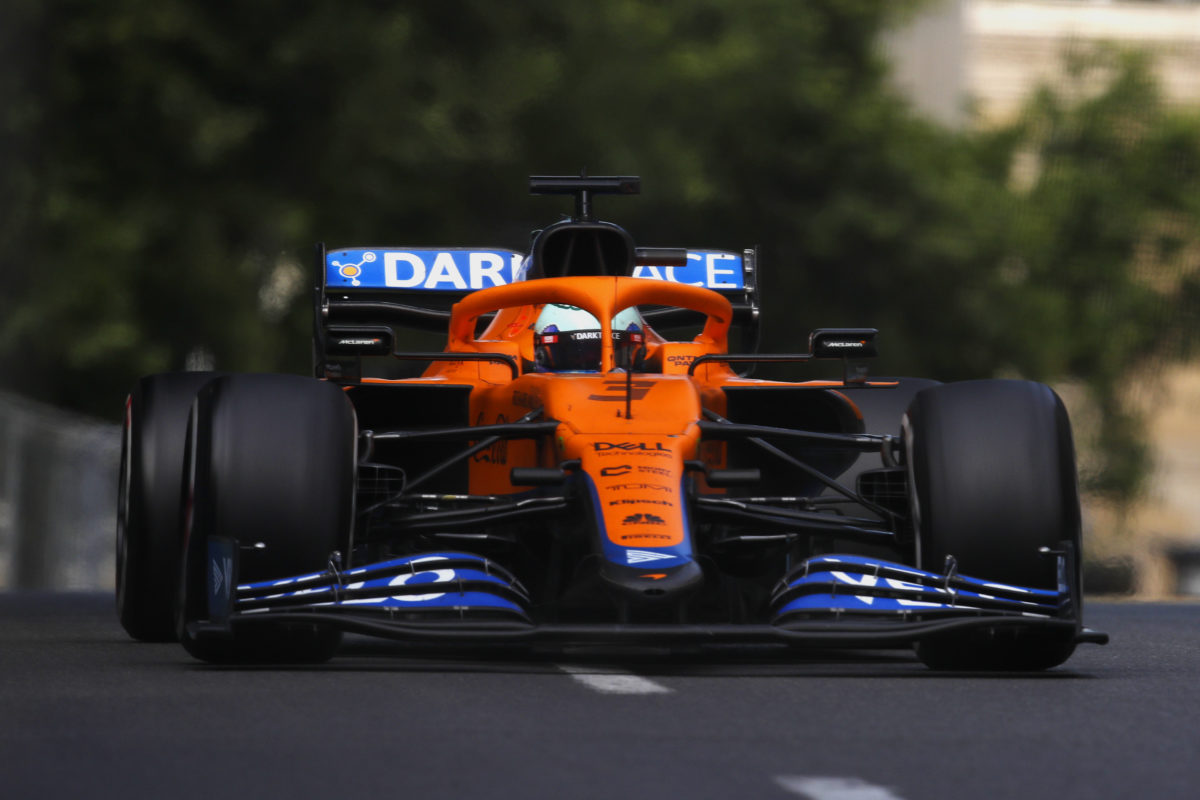 Daniel Ricciardo has joked there are still tickets available for the ‘Ricciardo Train’ as he looks to return to form in Formula 1.

The Australian has had a troubled start to his time with McLaren, showing flashes of speed but on the whole having been overshadowed by team-mate Lando Norris.

A poor qualifying in Monaco left Ricciardo in a difficult spot, dictating his race on the tight street circuit, before a crash on Saturday afternoon in Azerbaijan left him out of position relative to the pace of his car.

That he finished in ninth was a result of others’ misfortunes over his own pace, with Max Verstappen, Lance Stroll, and Lewis Hamilton all likely to have ended the race ahead of the seven-time grand prix winner.

Ricciardo has made no secret of the fact that he has struggled to adapt to the McLaren MCL35M, but refuses to allow his current run of form to get him down.

“The one person that will get under my skin is myself,” he explained.

“That’s where, I guess, the emotion comes out for me, is that I want to deliver for myself, for the team, and for everyone who supports me and believes in me.

“But, in saying that, I know that it’s not something that I have any self-doubt.

“I know deep inside me what I’m capable of and I know if I was driving with an element of fear or hesitation, then I would know that okay, this sport’s not for me anymore, but it’s very much not the case.”

It was a productive session, he revealed, where he experimented with a number of things as he looks to get on top of his new car.

That remains an ongoing process, though his pace in Monaco (where he was fourth fastest on race pace) suggest the fundamentals are there.

“I know it’s just about putting it together now,” Ricciardo reasoned.

“For sure I would love to have it now, or have had it already a few races ago, but that’s where maybe I lean on my experience in the sport and just know that it’s – I’ll use this expression, it’s probably the right one – but it’s a marathon, it’s not a sprint.

“Of course, you want to be able to deliver every race, but I know in whatever race time, once it clicks and it becomes right, then people will all of a sudden be back on the Ricciardo Train.

“So, if you jumped off, it’s okay, it’s still going to go forward, and there’s tickets still to be sold, and I’ll let you back on.”

Formula 1 heads to Paul Ricard next for the French Grand Prix on June 18-20.