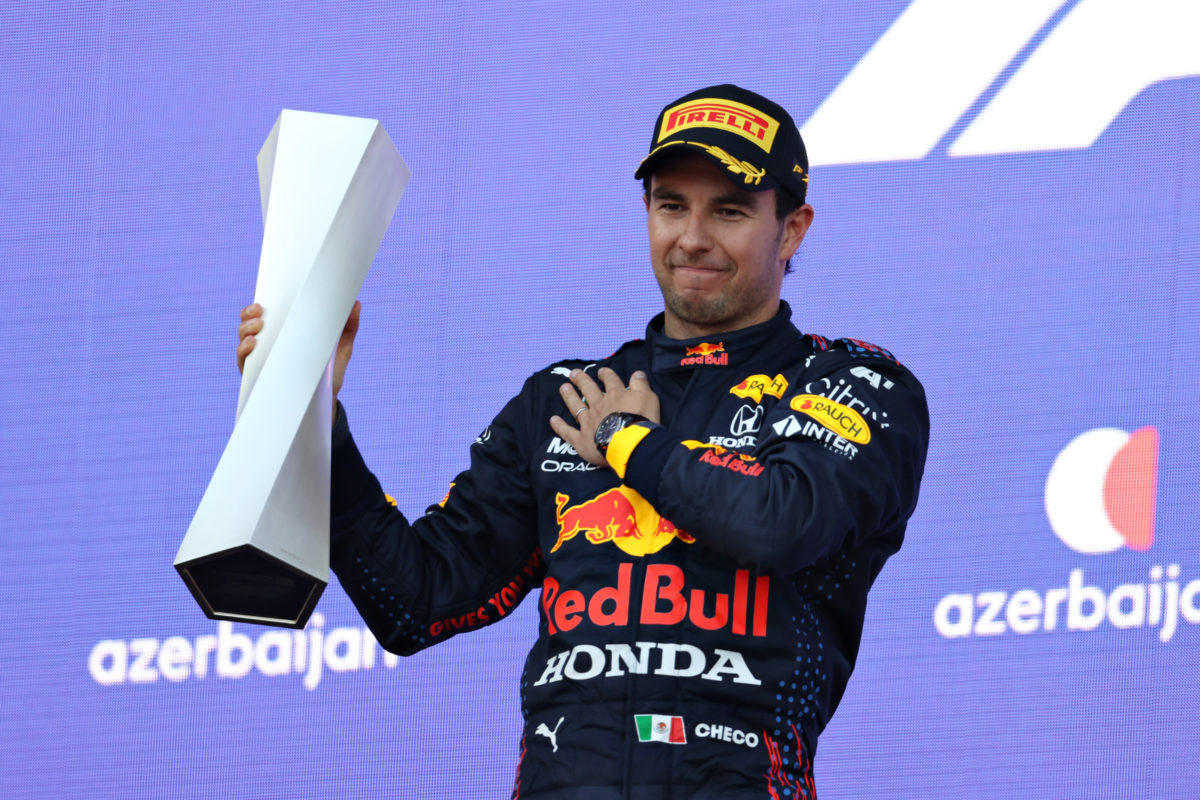 Sergio Perez has revealed his surprise at how open Alex Albon has been since the Mexican’s arrival at Red Bull.

Perez replaced Albon at the squad for the 2021 Formula 1 season after the Thai driver was comprehensively out-performed by Max Verstappen last year.

However, rather than being relegated to the squad’s junior operation, AlphaTauri, as was the case with Pierre Gasly and Daniil Kvyat in the past, Albon was pushed out of an F1 drive entirely.

He’s this year racing a Ferrari 488 in DTM, alongside a simulator role with Red Bull.

Perez meanwhile has joined Red Bull after a strong 2020 for Racing Point during which he netted his maiden grand prix win.

He has since added to that tally, taking line honours at the Azerbaijan Grand Prix last weekend, his first success for his new employer.

On the back of that performance, Perez has paid tribute to the help Albon has offered.

“He’s putting so much work into the simulator, with the engineers,” Perez said.

“I remember when I came here, you wouldn’t expect from him to be so open, in a way, with me.

“But he explained to me all the issues that he’d had, how the car works and that was very nice, since day one, to have from him.

“So I really appreciated that, and I appreciate the work that he’s put in weekend after weekend with the team, with the simulator.

“This is teamwork, and ultimately we are there thanks to every single individual in the team.”

Perez’s victory in Baku came about after Max Verstappen crashed out of the lead with four laps remaining.

The Dutchman suffered a tyre failure at top speed heading down the front straight.

It left the championship leader furious, but despite his obvious frustrations was still able to celebrate Perez’s success.

“I think we’ve got a pretty good team,” Perez said.

“I think what Max did [when I was on the podium] was great to see.

“He really deserved the win, he did everything perfect that weekend, he was just very unlucky, so it was really his win.”

The Azerbaijan result has moved Perez to third in the drivers’ championship, while Red Bull now holds a 26-point advantage in the constructors’ fight after Mercedes failed to score.

With 16 more races scheduled this season, and the potential for that to expand to 17 should Singapore be replaced, the job is far from over.

“I feel very, very proud first of all,” said Perez of his first Red Bull win.

“It’s a victory that really shows the amount of work we’ve put in, since basically the first of January.

“It just shows that hard work always pays off, so I’m very proud and it’s a great boost for the whole team to know that we’ve got two cars that can fight.

“We really want to win this championship.

“It doesn’t really matter where we are now, it’s where we finish [after] Abu Dhabi.

“We just have to keep chipping away and get there in the end, making sure we maximise our car potential.”

The Formula 1 season continues next Friday with the French Grand Prix at Paul Ricard, opening practice for which begins at 19:30 AEST.