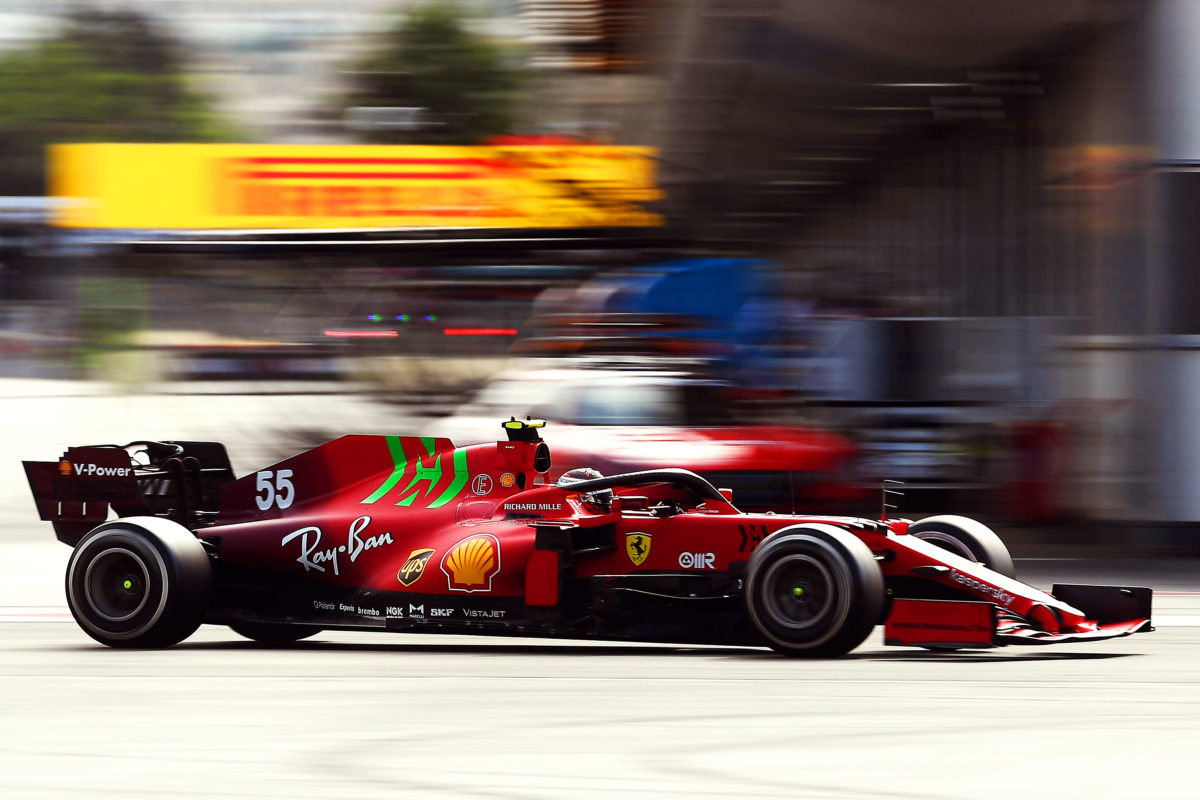 Lewis Hamilton has credited Ferrari’s upturn in performance during the 2021 Formula 1 season to a revitalised powerunit.

With last year’s cars largely carried over into 2021, little change was expected to the pecking order.

However, Ferrari has quickly established itself at the front of the midfield, a sizeable improvement on last season.

In 17 races Charles Leclerc and Sebastian Vettel managed just 131 points between them in 2020.

“I don’t fully understand. I think they’ve had a good car for some time, and just down in power.

“So I’m assuming they’ve taken a really good step with their engine, because they’re now up there with everyone else.”

Ferrari’s return to form has been highlighted by Leclerc claiming pole position in the last two grands prix.

It was the Scuderia’s best finish since last year’s Austrian Grand Prix.

“I think it is through corners, they were very similar to all of us I think in Bahrain, it was just down the straights they were losing out,” Hamilton explained.

“But then again, in these places [Monaco and Azerbaijan] for some reason they’re mastering these tyres, particularly over a single lap.”

Ferrari’s upturn in performance has seen it rise to third in the constructors’ championship off the back of the Azerbaijan Grand Prix with a two point margin over McLaren.

Behind them, AlphaTauri, Aston Martin, and Alpine are split by 12 points, the first two having recorded podiums in Baku.

“It’s shaping up to be one of the most exciting seasons that we’ve seen.”

Hamilton currently sits second in the drivers’ championship, four points down on Verstappen after a late-race mistake in Azerbaijan.

Formula 1 heads to France for Round 7, Paul Ricard the scene of the French Grand Prix on June 18-20.