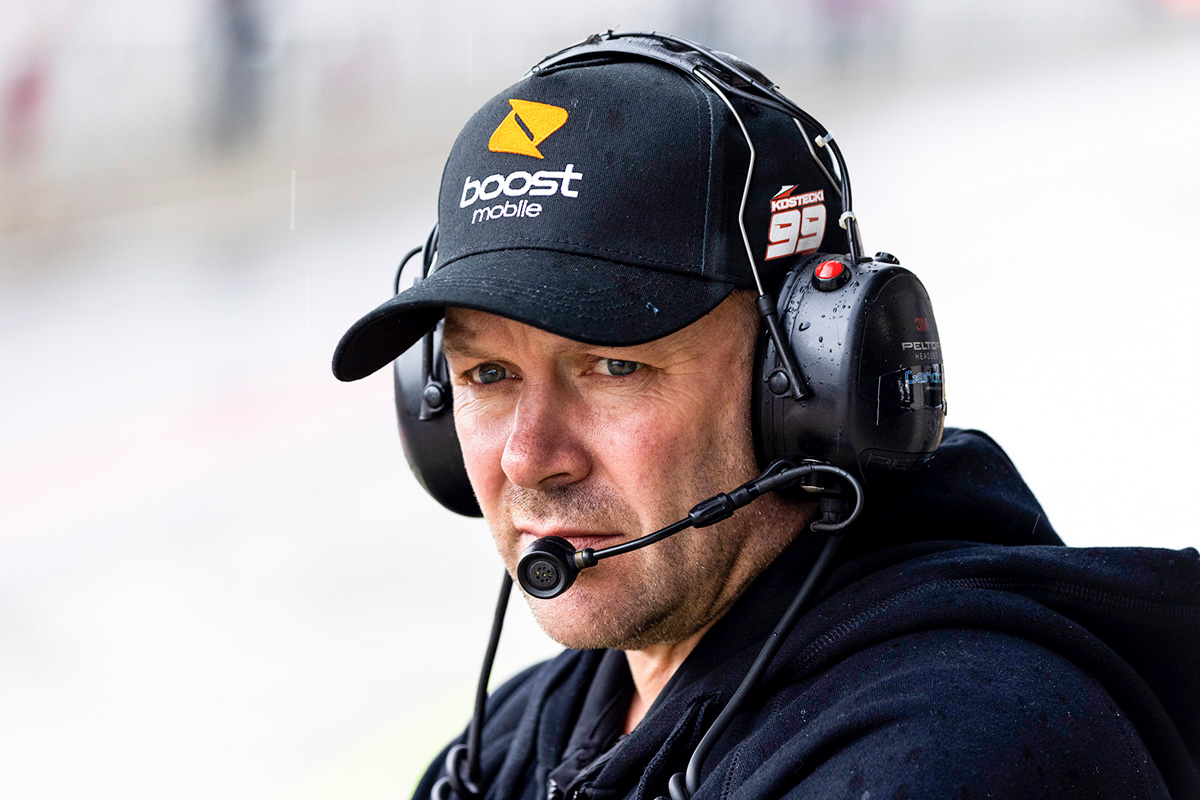 Erebus Motorsport CEO Barry Ryan has assured Greg Murphy and Richie Stanaway will be given competitive equipment for their Repco Bathurst 1000 wildcard in October.

Murphy and Stanaway will both come out of retirement to drive a #51 Boost Mobile ZB Commodore run by Erebus at the Mountain, in direct opposition to the Supercheap Auto-backed Triple Eight wildcard of Russell Ingall and Broc Feeney.

Dick Johnson Racing initially had the inside running to link with the Peter Adderton-inspired combination.

While expectations are being kept in check, Ryan has promised to give Murphy and Stanaway the best possible chance with a good car and crew.

“I guarantee you they’re going to get a decent car and not just something from the back of the workshop that no one cares about. It will be a good thing,” he told Speedcafe.com.

Erebus has an additional ZB Commodore in its possession, having been positioned to run a series of wildcards last year with James Courtney after the 2010 champion exited Team Sydney and was on the sidelines.

Courtney eventually ended up in the Tickford Racing stable after the unfortunate collapse of 23Red Racing; he’ll now be one of three Boost-backed cars in the 2021 Great Race, with the #99 Erebus of Brodie Kostecki being the other.

Will Brown will drive the Erebus Holden that had once been set aside for Courtney, with Murphy and Stanaway to use the repaired chassis – Erebus’ newest chassis – that Brown started the season with before crashing at the season-opening Mount Panorama 500.

Ryan has a long history with four-time Bathurst 1000 winner Murphy, having worked alongside him at Kmart Racing and later Kelly Racing.

“We all know what Murph can do and we all think we know what Richie can do,” he said.

“He’s not sort of had a chance to show it as much as he could have, but the one time he was in a really, really good car, he got a win with Cam Waters at Sandown, so he can definitely drive.

“It’s good to have two guys like that and give them an opportunity.”

While a race engineer is yet to be decided for the car, Ryan noted a first test is likely to take place in August at Winton Motor Raceway.

As for expectations for the Great Race?

“No pressure on them but we’re all racers… those two guys will definitely be thinking deep down that if there’s an opportunity, they’re going to take it.

“I’d be disappointed if they don’t. It would be silly to say that they’re going to be a favourite or anything, but I’m hoping they can get a good result.