Schumacher-driven Jordan 191 up for sale

Schumacher-driven Jordan 191 up for sale 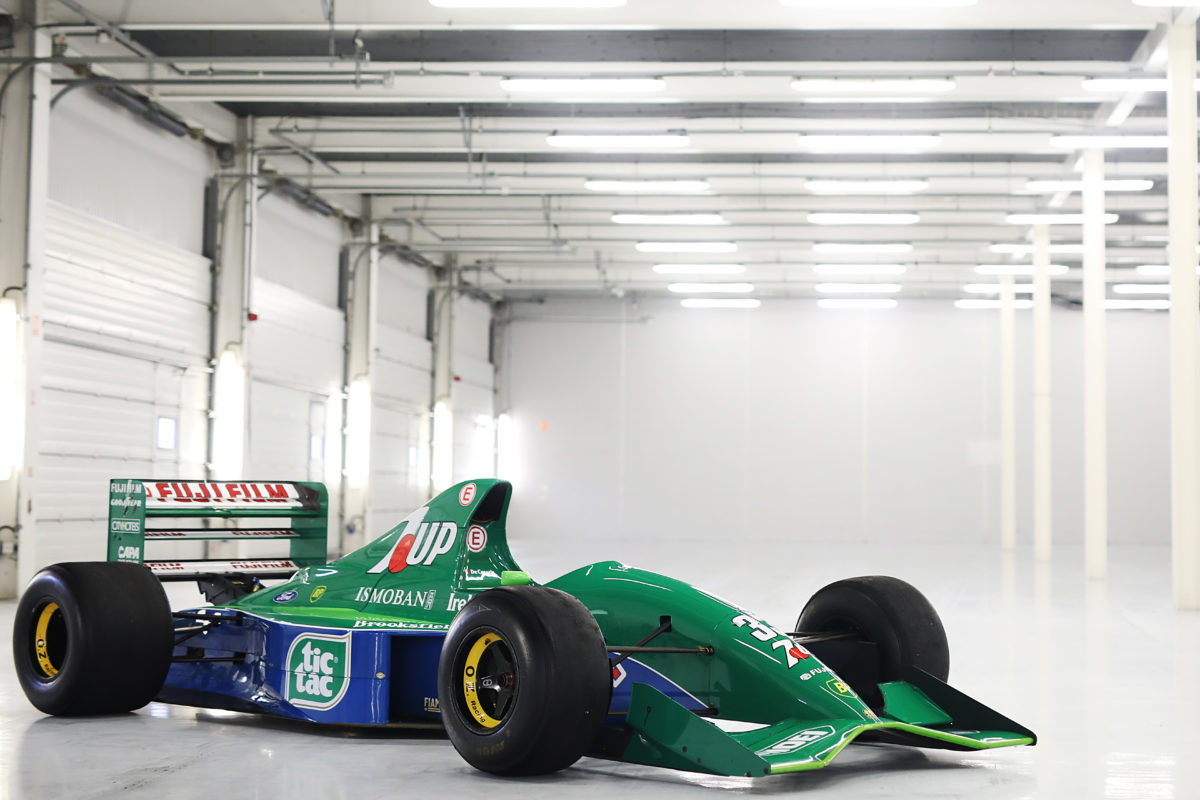 A Jordan 191 Formula 1 car once driven by Michael Schumacher has been offered for sale.

Schumacher started the weekend in 191-5 before a water leak saw him switch to 191-6, team-mate Andrea de Cesaris’ race car. He then reverted to his original chassis in time for qualifying.

Prior to the weekend, the German had tested with Jordan at Silverstone before heading to Belgium.

Though he retired on the opening lap, the youngster impressed by qualifying seventh despite not having previously competed at Spa-Francorchamps.

Like Schumacher, Jordan burst onto the scene in 1991 with its now famous green and blue liveried machine.

Regarded by many as one of the most beautiful Formula 1 cars ever made, the Jordan 191 was designed by Gary Anderson and carried the team to fifth in the constructors’ championship.

The car still features a Ford HB engine, and competed at the Masters Historic Race Weekend at Donington Park in April.

It’s believed the asking price is just shy of $2.3 million.