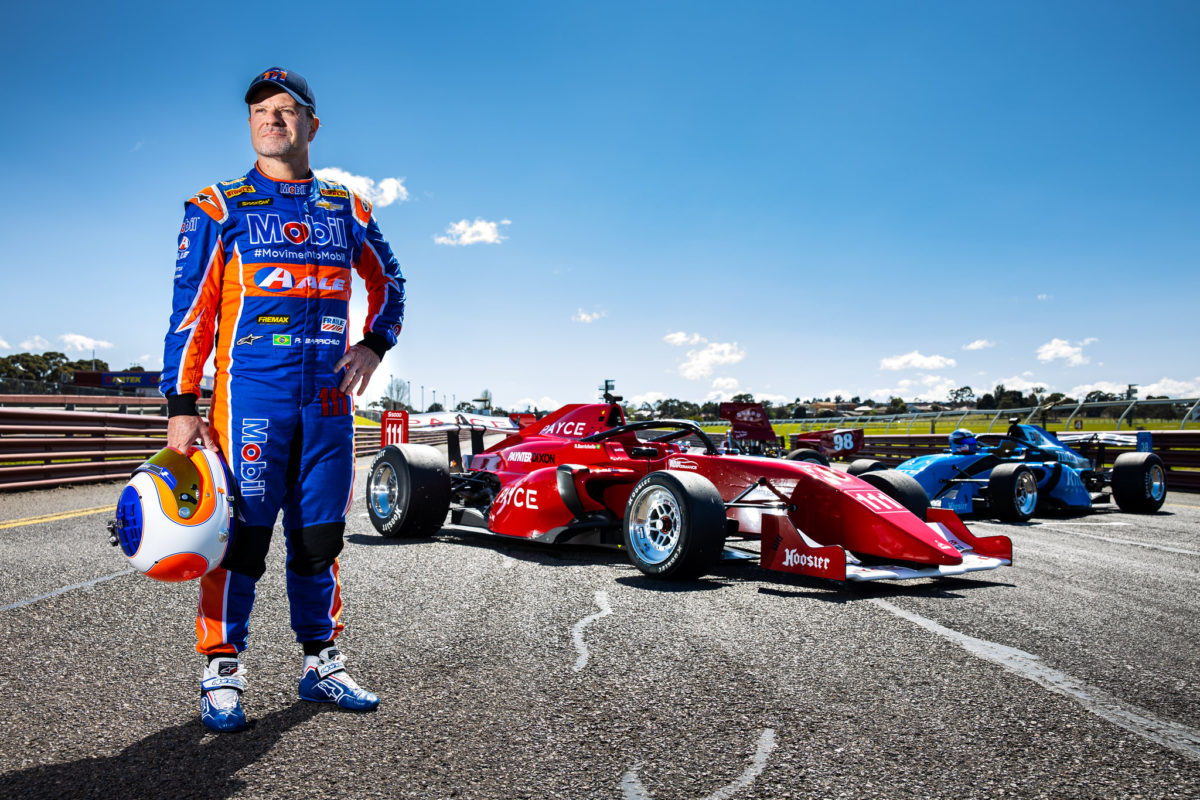 Rubens Barrichello at Sandown in 2019

The 2021/22 S5000 Australian Drivers’ Championship could benefit from an influx of international talent for its highly anticipated triple-header.

The second season of the open-wheel category is set to be headlined by race meetings at iconic locations on three successive weekends, making up Rounds 2 to 4 of a seven-stop schedule.

That swing will start with the Australian Grand Prix – pending confirmation the event will go ahead – on November 19-21, before featuring at the Bathurst International, and then as a chief support act at Supercars’ finale on the Gold Coast.

S5000 has been attached to some mega stars of international motorsport in its early days, with former Ferrari stalwart Rubens Barrichello on the grid for the category’s maiden exhibition race at Sandown in 2019.

Whether a driver of that reputation will venture out this time around is not clear, but there’s known to have been plenty of up-and-coming internationals keen on the concept.

“We have been talking to drivers and also driver managers through Europe and America and also Asia and drivers have expressed interest themselves to come out.

“The interest level is definitely there so we don’t have to worry about that, it’s really just a case of logistics at the moment.

“How and when it will be possible for people to travel in a way that obviously didn’t impact their other racing schedules or other commitments, if we can work out a way to do that and that’s feasible for them, then yeah there will definitely be international drivers in S5000.”

Entire teams could also be enticed to make the trip out.

“We have had open-wheel specialist teams approach us saying we’re actually looking at doing a business case on potentially starting up a team in S5000,” Braid said.

“I won’t name them but they’re names of very well-known open-wheel race teams in junior formulas around the world, so again the right people are showing genuine interest in the category.

“So logistically if we can make it happen, there could be scope to actually have not only international drivers but international race teams entering into S5000, which would be unbelievable.”

The 2021/22 S5000 season will open at Sandown as part of a Shannons Motorsport Australia Championships event on September 17-19.