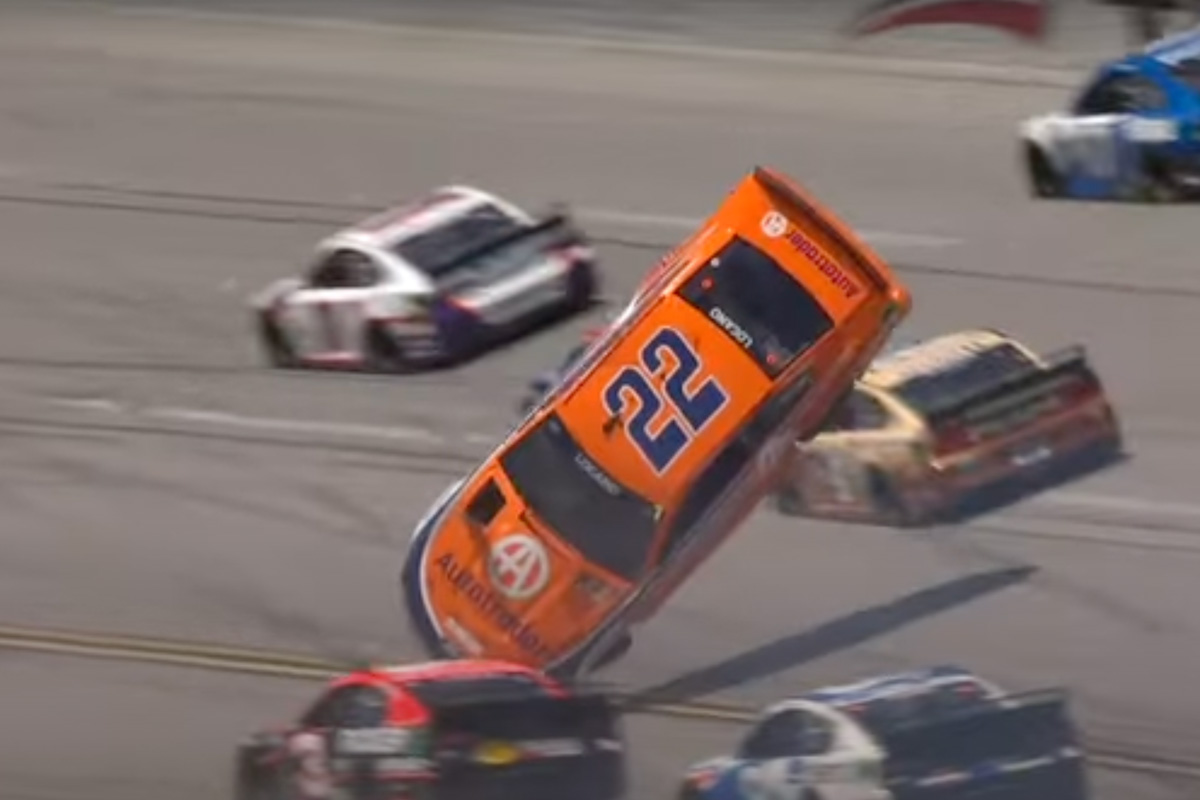 The NASCAR of Joey Logano gets airborne

NASCAR has announced a move to slow its Cup Series cars at superspeedway events in response to Joey Logano’s frightening Talladega accident in April.

The Team Penske driver, who won the 2018 title, was pitched airborne during the category’s most recent superspeedway race, prompting an investigation into immediate changes that could be made.

“Cars getting up in the air is not good, it’s something that we’ve been working on and will continue to work on,” NASCAR senior vice president of competition Scott Miller said at the time.

NASCAR competition officials have come good on that promise, with tweaks expected to slow cars by seven to 10mph at superspeedway events, starting with the August 28 meeting at Daytona International Speedway.

Talladega will host then host another event on October 3, before NASCAR debuts its Next Gen car in 2022.

The reduction will be achieved via a smaller tapered spacer, with opening switching from 57/64-inch to 53/64 inch.

The wicker will also be removed from the spoiler and the use of a reinforced rollbar near the rear wheel well will now be mandatory instead of optional.

NASCAR Cup Series cars will also now be mandated to run two flashing brake lights in the event of wet weather road-course events, as has been done in the second-tier Xfinity Series.