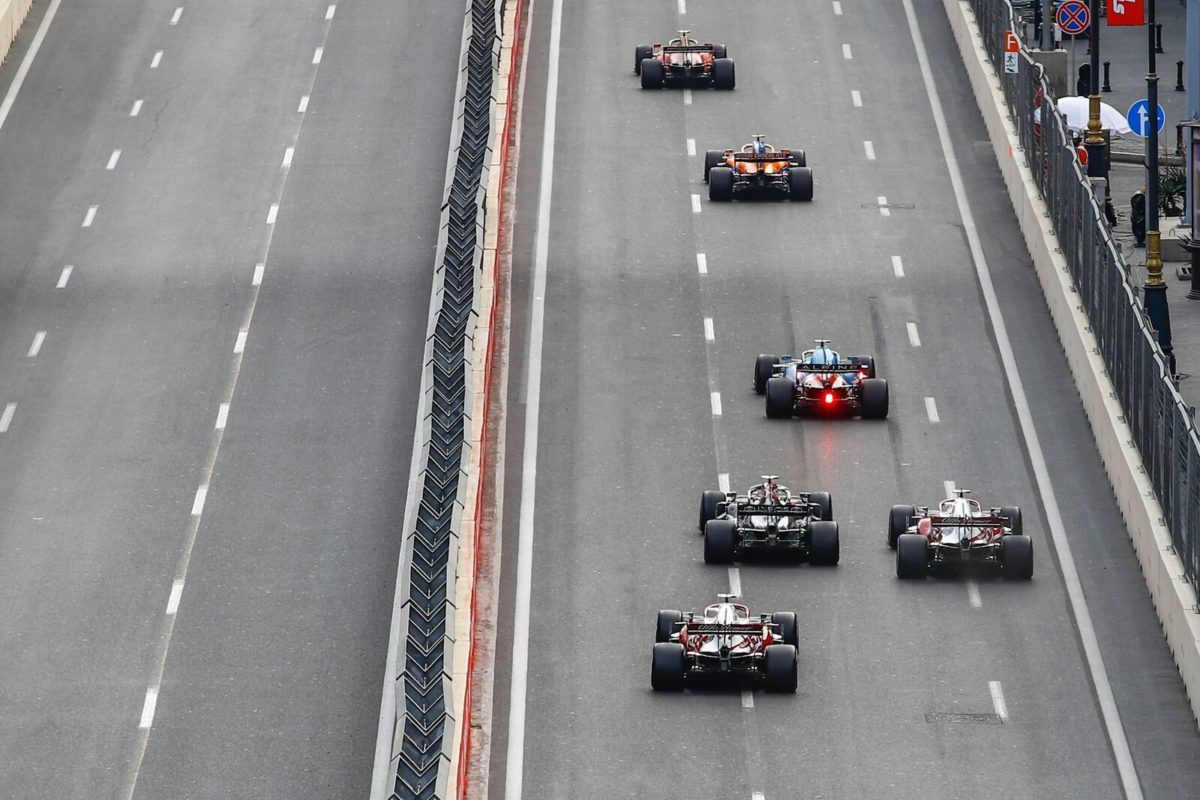 Teams have expressed mixed opinions over the concept of Formula 1 relaxing its technical rules following the introduction of a cost cap.

Financial regulations introduced this year limit teams to $145million, with a glidepath that will see that drop to $135million in coming seasons.

With the cost cap governing performance related aspects of the team, McLaren boss Zak Brown has argued that there is now less need for stringent technical regulations.

Instead, he suggests, the cost cap will limit what teams can and cannot do, while offering greater diversity.

There was once far greater freedoms over key aspects of the car, such as engine configuration, which over the years have been written into the regulations.

As a result, Brown suggests the grid is filled with cars that are near identical where once it boasted unique solutions such as the six-wheeled Tyrrell P34.

“I would rather loosen up the rules and the regulations because you can’t spend above the number anyways, and then allow for some more creative freedom,” the American said last month.

While his view is shared to an extend by much of the F1 fraternity, there is hesitation among team bosses who suggest technical regulations remain a critical factor.

“I think there needs to be a combination,” reasoned Aston Martin’s Otmar Szafnauer.

“I personally would lean towards more having regulation by cost control, so the smarter teams out there, [and the] richer teams also have a good chance.

“We need the technical regulations which needs to be followed, and then the cost cap comes in, I wouldn’t say at the end, but with it,” he suggested.

“You know, you can develop something, but it needs to be really clear what you can and cannot do, and if there are loopholes like it seems to be on this rear wing, they need to be closed.”

Never one to sit on the fence, Franz Tost sits firmly in favour of tight technical regulations alongside the cost cap.

“You need strict sporting regulations, and the cost cap regulations, you need both if you’re in Formula 1 because otherwise there are always loopholes,” the AlphaTauri boss said.

There is also a degree of budget management involved, according to Alfa Romeo team principal Frederic Vasseur.

“For us, it’s not an issue because we are below the cost cap,” he began.

“For the future, we need to be able to predict what could be cost and expenses during the season,” he added.

“It means that we need to have something consistent.”

Adhering to the cost cap is not simply a case of spending below the limit, but in how teams manage and report their finances.

“We’re focusing on making sure we’re fully compliant with that going forward, because it’s not just about the level, it’s about how you document everything and how you go racing.

“In terms of the rules with which for fairness and consistency, so nothing more than that.”

Formula 1 will next year introduce new aerodynamic rules, with a new powertrain formula due to follow for 2025.