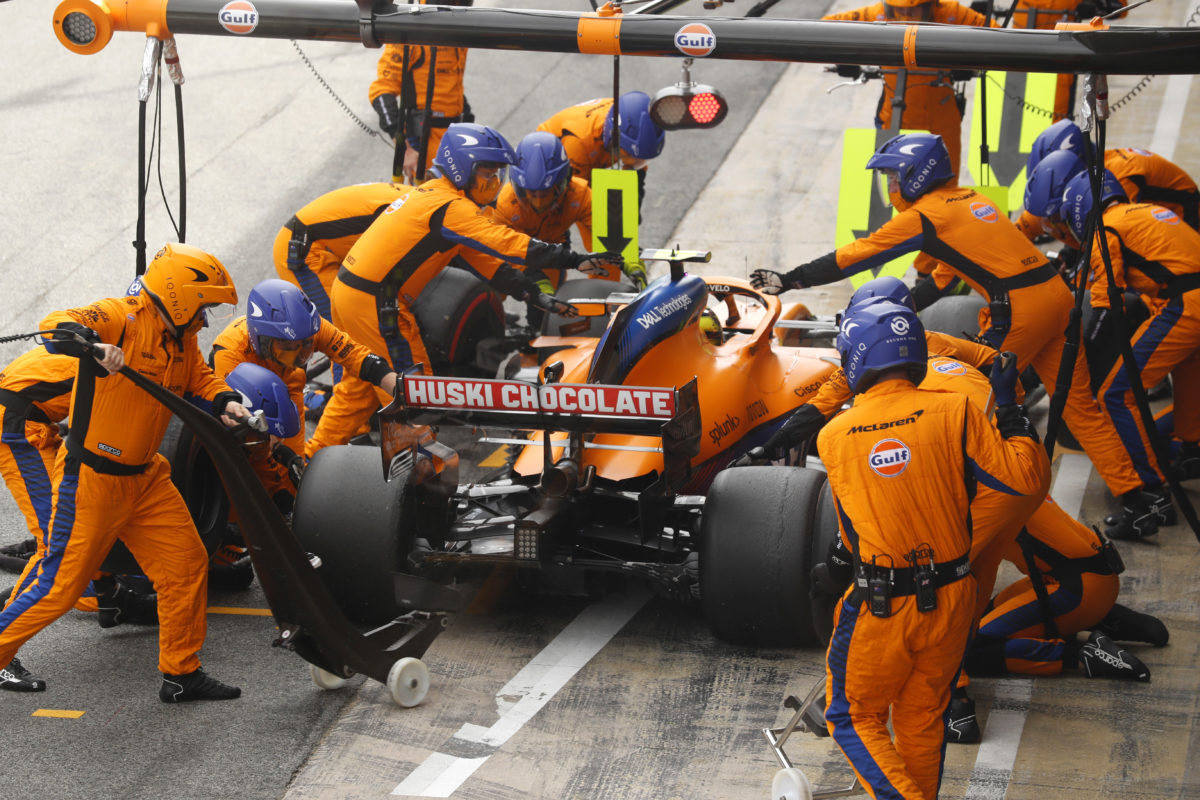 Formula 1 tyre supplier Pirelli is working to develop tyres that are less sensitive ahead of the introduction of sweeping rule changes for next season.

Radically different aerodynamic regulations will come into force from 2022 in an effort to improve the ability for cars to follow one another on track.

Part of the effort in developing the ruleset has been creating more attractive cars, which will see the sport move to 18-inch wheels.

Testing of the new tyres is well underway, Pirelli boss Mario Isola offering an insight into the targets his company is working towards.

“We are talking about introducing a new family of compounds with different ingredients,” the Italian said.

“Also, in terms of construction, we have designed a construction with some characteristics that are going in the direction of reducing degradation and overheating.

“If we want to say that the overheating or the thermal sensitivity will be zero, that is impossible from a physical point of view, so forget the possibility to have a tyre with zero rating or zero degradation,” he added.

“That in any case is not in the target, but we can heavily reduce it and the challenge for us is to produce a tyre with these characteristics.”

Pirelli has been F1’s sole tyre supplier since 2011 and during its tenure has been charged with creating tyres that degrade in an effort to spice up the racing.

A by-product of that is the current specifications are temperature sensitive, with significant performance gains to be had for any team which can get them working correctly.

That has been something of a black art, demonstrated by Ferrari’s pace in Monaco and Mercedes’ lack of it.

For 2022, the tyre supplier has been tasked with producing tyres that still degrade, but are less temperature sensitive.

“We have to focus on compounds with a wider working range to reduce the overheating,” Isola explained.

“Obviously, the degradation cannot be zero for the compounds, because otherwise there is no reason to have strategies with more than one stop or using different compounds.

“So we have to look at those targets and try to design compounds with these characteristics.

“What I can tell you is that during our test, tyre development test, we obviously measured the degradation and we asked the driver to push each lap to simulate what happened next year, and the results are very promising.”

Following the Monaco Grand Prix, Pirelli and Ferrari headed to Paul Ricard where they carried out two days of wet weather testing.

That outing was originally scheduled to take place with Mercedes, but the Anglo-German marque was forced out due to cost cap concerns.

Pirelli’s next tyre test will take place at the Red Bull Ring on July 6-7 with AlphaTauri.