Rivals: Castroneves was ‘pushed’ to retire from IndyCar

Rivals: Castroneves was ‘pushed’ to retire from IndyCar 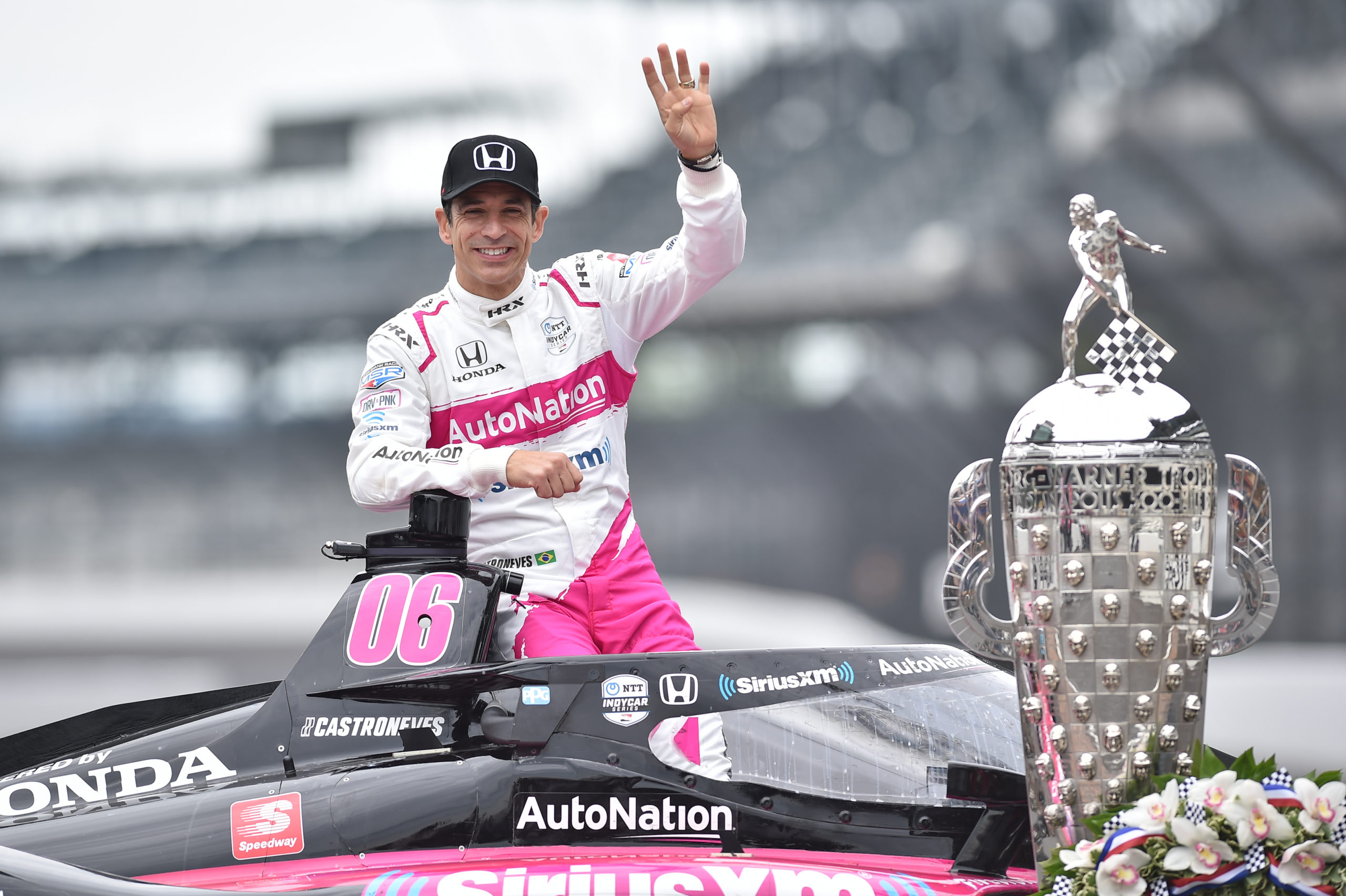 Sebastien Bourdais and Graham Rahal believe Helio Castroneves hasn’t been able to end his IndyCar Series career on his own terms and should be granted the chance to make a full-time return.

After winning his fourth Indianapolis 500 crown, Castroneves signalled his desire for a future comeback.

Should he do so, it would mark the first time since 2017 that the Brazilian has contested a full campaign.

The 46-year-old was a mainstay in the Team Penske line-up from 2000 until 2017, at which point he was shifted to the then-new IMSA SportsCar Championship programme with Acura.

Castroneves contested three seasons with Team Penske in IMSA, culminating in a 2020 series win in a DPi entry.

While no longer a full-time IndyCar Series pilot at the end of 2017, Castroneves competed in the Indianapolis 500 with Team Penske from 2018 to 2020.

His relationship with the powerhouse squad would end as the team shut down its IMSA programme at the end of 2020 and opted instead to field a fourth full-time entry in Scott McLaughlin for 2021.

With no option at Team Penske for this year, Castroneves joined Meyer Shank Racing, who he claimed that fourth Indianapolis 500 win with.

For Bourdais, a return to the series full-time would be much-deserved.

“If he wants to go back full-time in IndyCar, he definitely should,” said the Frenchman.

“I feel like he’s been kind of pushed to kind of end his IndyCar career.

“Obviously he was finishing second in the championship how many times? Fighting for poles, fighting for wins, being a dominant force on speedways and superspeedways and qualifying, just putting some massive commitment laps, being like, ‘Hey, I may be aging but I’m still there’.

“I really feel like that’s the only thing that I’ve regretted for him, that it didn’t end on his terms. He was definitely not showing a slowing down phase. 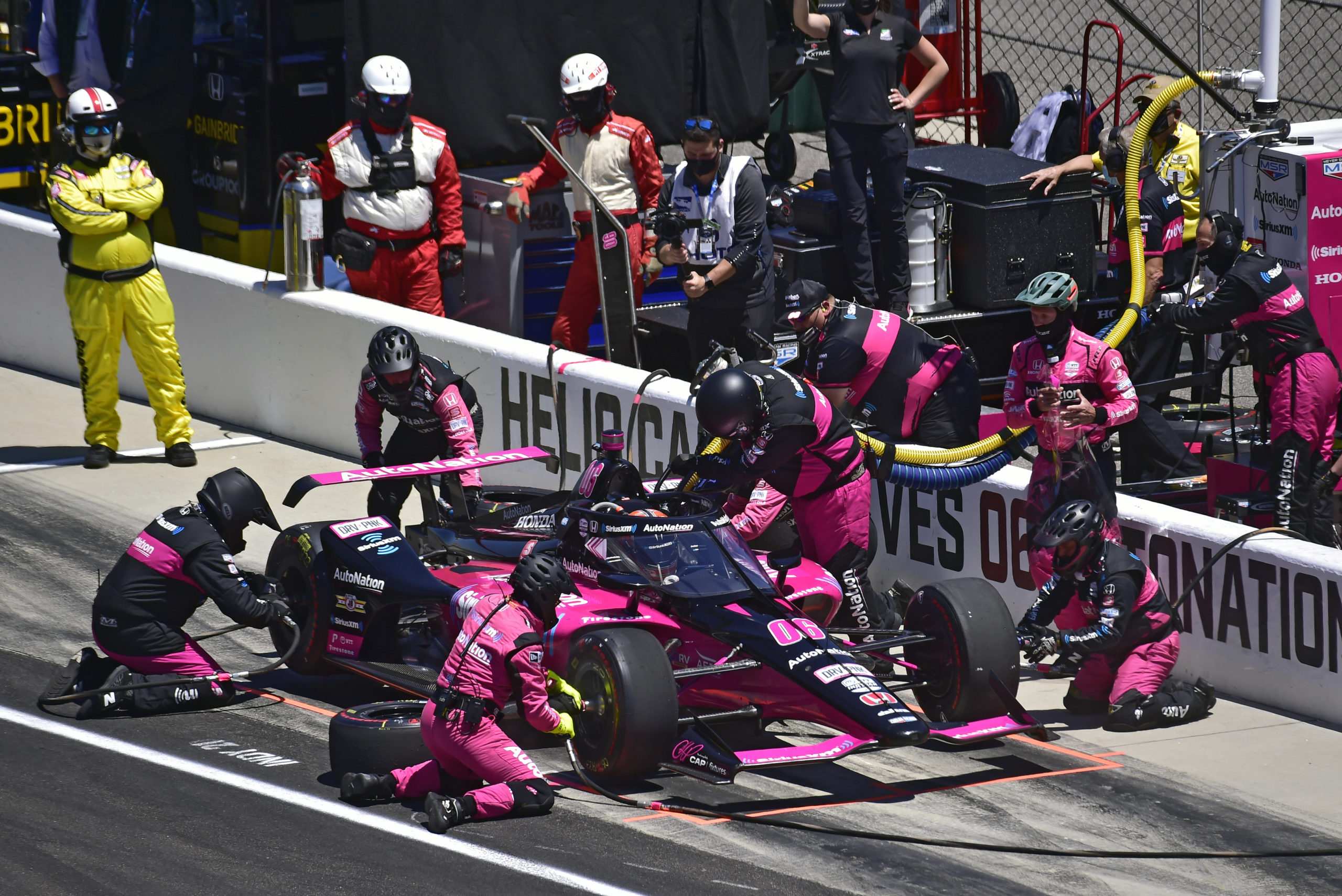 Rahal, who was in contention to win this year’s 200-lapper at Indianapolis Motor Speedway until a loose tyre caused him to crash, echoed Bourdais’ sentiment.

The American noted the new crop of young drivers coming through the ranks who have made it difficult for the established names, like Castroneves, to re-enter the series.

In recent years there has been a slew of young drivers joining the series, including Colton Herta, Alex Palou, Felix Rosenqvist, Pato O’Ward, and Rinus VeeKay, all of whom have become race winners in their first or second year in the series.

“The speed is there,” said Rahal.

“The speed’s always been there. I drove with him in sports cars. Speed is not an area in which Helio lacks.

“Does he deserve to be full-time? Of course. As Seb said, he did it forever. He didn’t really get to end it on his terms I didn’t think either. It was basically, ‘Here is what you’re going to go do next year’.

“He didn’t get to have kind of a retirement tour. Maybe he doesn’t want one. At Sonoma, basically, they said, ‘Yeah, next year he’s going sports car racing’.

“You could see the look on his face. It wasn’t necessarily what he wanted to do. I’m sure he’d like to be there full-time.”

Castroneves has a further five IndyCar Series outings scheduled for the 2021 season.

Meyer Shank Racing boss Michael Shank has indicated a full-time return in 2022 with an expanded team is a consideration.