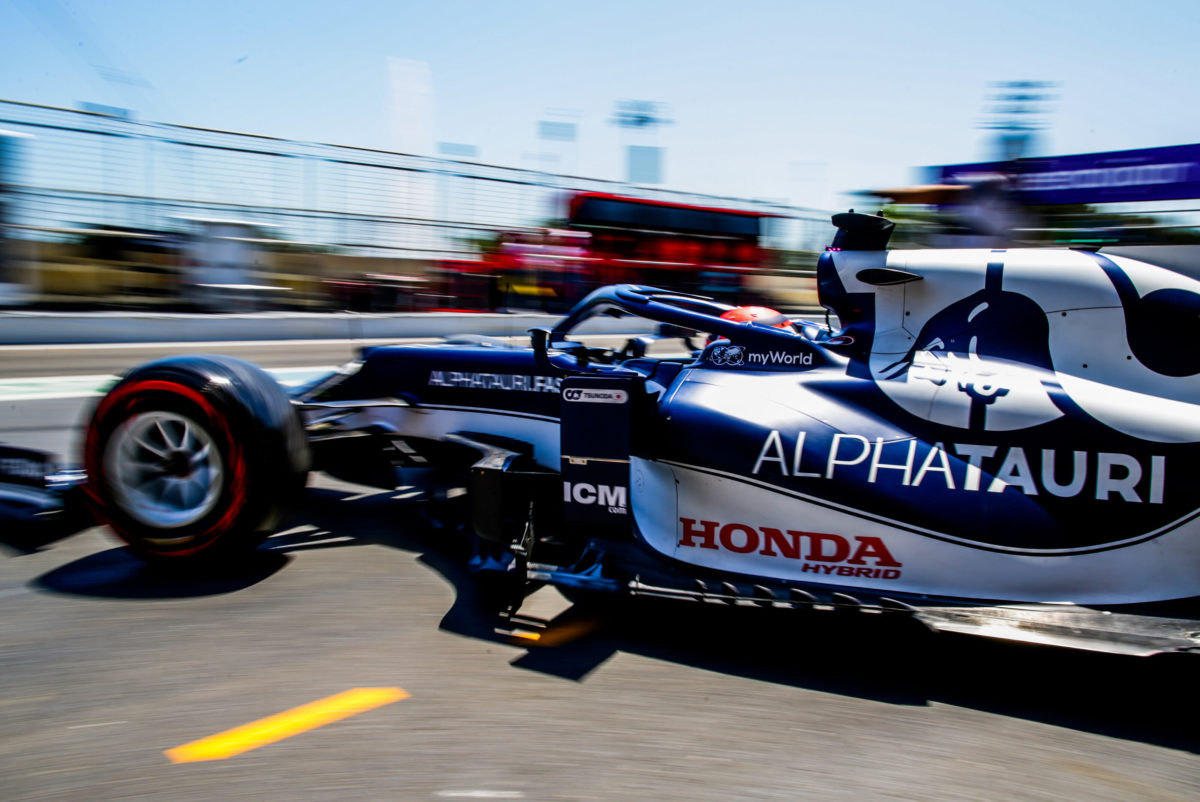 AlphaTauri rookie Yuki Tsunoda has been made to move to Italy in order to be closer to the team during his maiden Formula 1 season.

The Japanese racer burst onto the scene at the start of the season, finishing in the points on debut at the Bahrain Grand Prix.

Four difficult weekends then followed before he chalked up a seventh-place finish in Baku last weekend.

The call to move Tsunoda nearer AlphaTauri’s Faenza base came over the course of the Monaco Grand Prix weekend.

A crash during practice left the team, and Dr Helmut Marko less than pleased.

“I got told while I was in Monaco,” Tsunoda said of the move from the United Kingdom to Italy.

“We were talking to the Red Bull/AlphaTauri that I think it’s good to have a little bit big change for me.

“They decided to make me move to Italy to have more chats with the engineers and to also go to the factory and have an opportunity to talk about the car.”

The Japanese driver endured a busy programme in Italy where he was left with little free time.

“The daily routine is quite easy,” said Tost, who has a reputation as a hard task master.

“In the early afternoon, he has an English lesson, then once more together with the engineers.

“Then he is allowed to go once more into the gym for another two hours, then [he] should go to sleep.”

The decision to move Tsunoda to Italy was made in an effort to eliminate the errors the 21-year-old has been making.

Common consensus within the paddock has been that the talented youngster had attempted to rely on his natural ability, and was not putting in the additional effort required of Formula 1.

“The level of Formula 1 is really very high and you have to get everything together to be [at] the front part of the midfield,” Tost reasoned.

“I must say that honestly, Monaco, the first practice session he did really good job, he was not far away from Pierre.

“Unfortunately, in the second free practice, he pushed a little bit too hard and ended in the wall.

“But it’s part of the learning process,” he added.

“You cannot expect that the newcomer at these tracks does not make any mistakes; we can see even the experienced drivers struggle in some corners.

“We have to support him now.

“This is the reason why we told him to come to Italy to work more with the engineers to analyse more data just to come up to speed, especially on tracks which he doesn’t know, as fast as possible.

“We simply have to work with a newcomer – it’s not only Yuki, it’s generally when you get the newcomer – more than with an experienced driver.

“This is what Scuderia AlphaTauri will do and therefore I’m still convinced that Yuki will have a successful season.”