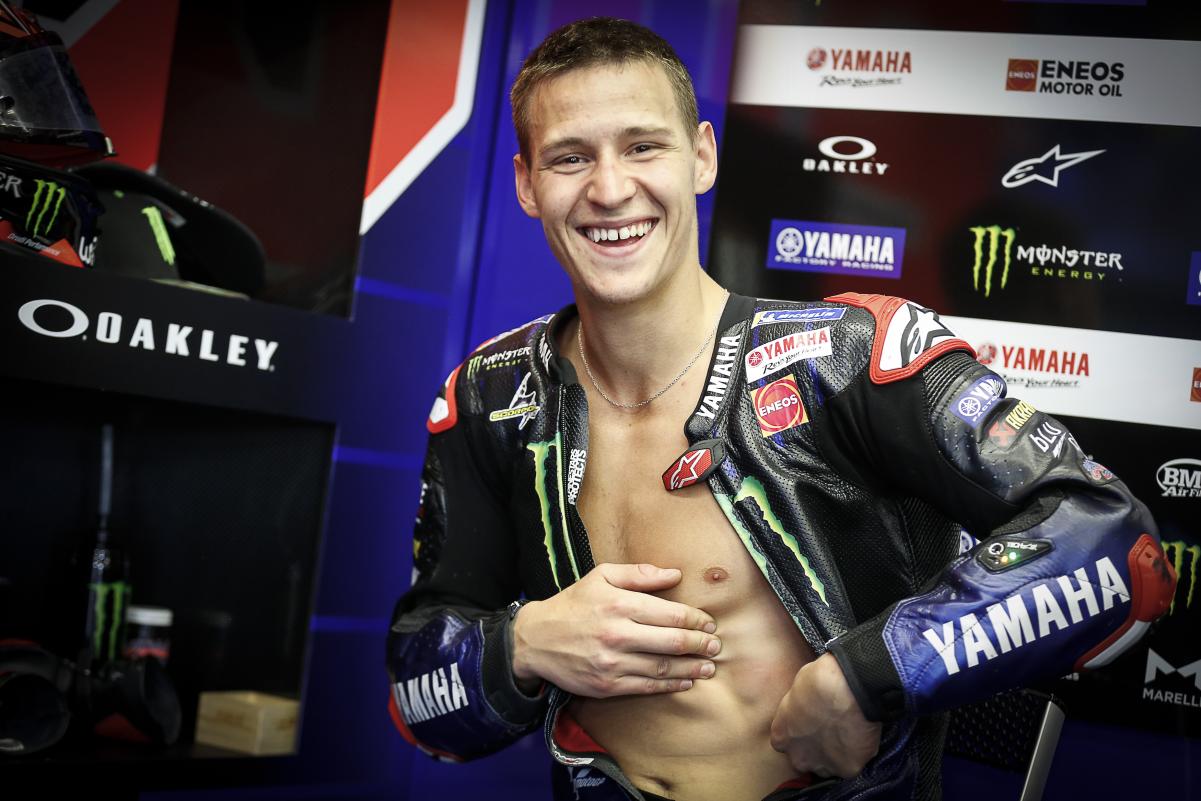 Fabio Quartararo closed his leathers up properly before race start in the Catalan MotoGP, according to his crew chief, Diego Gubellini.

The controversy over Quartararo’s bare-chested finish in Barcelona continued when Alpinestars, which manufactures the Yamaha rider’s suit, claimed that it had been found to be “in normal working order” after the race.

That conclusion, albeit one subject to further investigation back at Alpinestars’ headquarters, would suggest that some sort of rider intervention or oversight caused the drama.

However, Gubellini has now stated that Quartararo did indeed fasten his leathers correctly.

The Monster Energy Yamaha crew chief also addressed the subject of the discarded chest protector, something which his rider has not yet explained, asserting that it flew away when the championship leader tried to zip up the suit.

He nevertheless accepts both the three-second penalty for the breach of regulations concerning rider safety equipment and another for shortcutting the circuit.

“At the start, Fabio closed his suit correctly (as was confirmed by the onboards).

“The suit suddenly opened while braking at Turn 1, with 4 laps to go.

“In an attempt to close his suit, his front protection flew off due to the speed.

“Fabio was penalised with 6 seconds.

“We’ve accepted the penalties and are already thinking about the upcoming races.”

Quartararo was seen apparently throwing away his chest protector as he rode through Turn 3 on Lap 21, shortly after the drama with the suit became apparent.

It was that behaviour in particular which riled Suzuki’s Joan Mir, who declared it to be “super dangerous”.

Said the Spaniard, “The thing that is not normal is that the chest protector, in Turn 3, he moved his hand from the handlebar and threw it.

“There were riders coming and the chest protector is plastic so you can make a super dangerous situation in Turn 3 opening the throttle.”

In addition to failing to explain that element of the controversy, Quartararo said shortly after the race that he did not know how the leathers opened up.

He did concede following the post-race test, however, that he deserved a black flag, having initially refuted suggestions that the matter warranted any penalty at all.

The man on the #20 Yamaha seemed to originally suggest he had already been penalised enough for shortcutting the circuit at Turn 1/Turn 2 during a late battle with Johann Zarco over second position.

That sanction put Quartararo back from third at the chequered flag to fourth, until the race suit indiscretion cost him another three seconds, which equated to two more positions in the final classification.

He continues to lead the championship, albeit by 14 points instead of the 20-point margin he would have enjoyed if neither penalty had been applied, with Germany’s Sachsenring next on June 18-20.