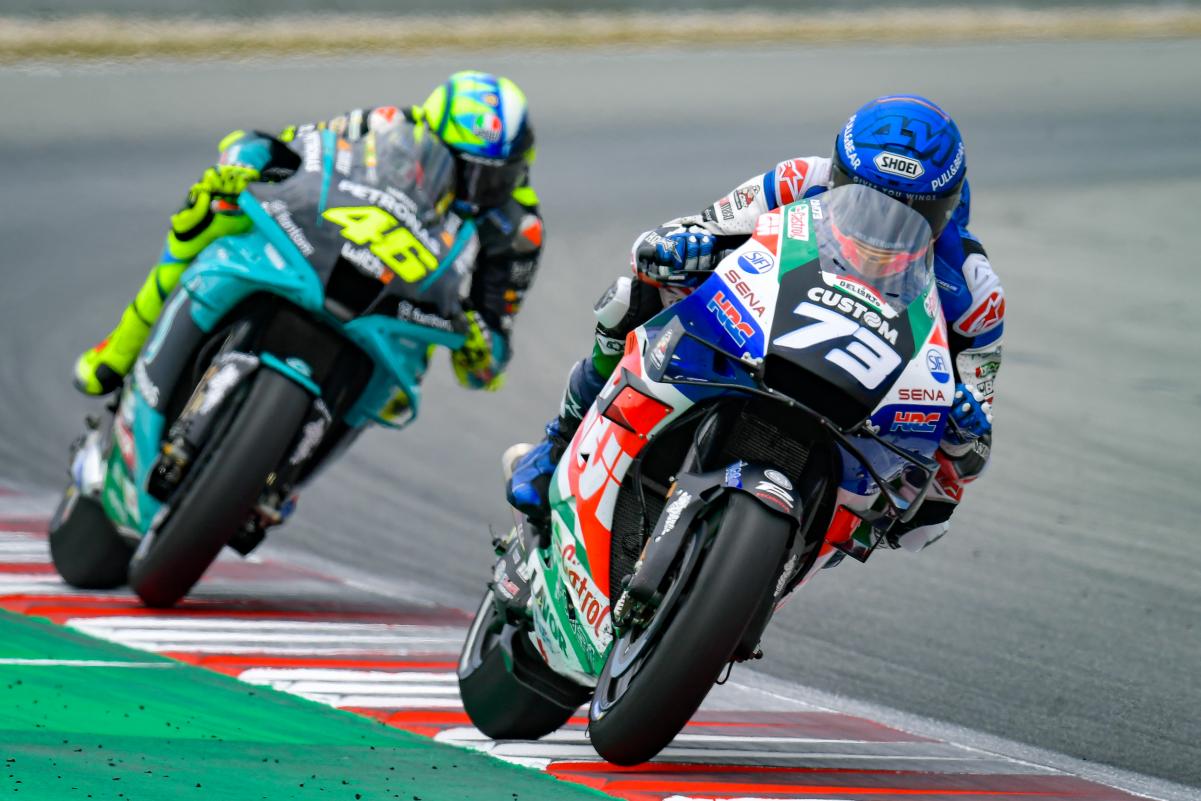 A late change to the results of Free Practice 3 at the Spanish Grand Prix was described as a “safety issue” by Franco Morbidelli given his SRT crew was forced into preparing extra tyres for Qualifying 2 at short notice.

The Italian had earned direct passage to the latter stanza of qualifying at Jerez until he had laps in FP3 cancelled due to breaches of track limits, which was only communicated just prior to the Free Practice 4 session which precedes qualifying.

Under a change to the championship’s sporting regulations which will take immediate effect, the results of the combined practice sessions will now be finalised an hour after the conclusion of FP3.

Furthermore, results of Qualifying 1, from which the top two go to the second and final phase of qualifying, will be finalised five minutes after the end of that session.

“Riders who will participate in Q1 and Q2 are determined by combined times of the free practice sessions,” reads the latest notification of the Decisions of the Grand Prix Commission.

“Because of infringements, such as exceeding track limits, it is sometimes difficult to finalise the results after FP3 because infringements can be discovered by Race Direction or reported to the MotoGP Stewards.

“This can lead to teams having insufficient time to prepare machines for Q1 or Q2.

“In future, combined results of the free practice sessions will be finalised 60 minutes after the end of FP3.

“Similarly, the results of Q1 will be finalised five minutes after the end of that session.

“Any infringements which could alter the results, discovered after this time, would not be actioned and will not be subject to protest or appeal.”

Track limits have become a hot topic up and down the three grand prix classes due to the impact which breaches have had on results, particularly in the last two events.

The podium for last month’s premier class Italian Grand Prix changed twice in the space of minutes, post-race, when Miguel Oliveira was issued a position drop penalty for straying into the green paint on the final lap.

Joan Mir, who had been promoted from third to second as a result, was then also found to have breached track limits, and the position swap was reversed.

That drama followed another in the preceding race that day, when Joe Roberts missed out on a Moto2 podium for also going outside of track limits on the final lap.

At the most recent round, Fabio Quartararo was unhappy with the three-second penalty he was issued for what was deemed a ‘shortcut’ of Barcelona’s Turn 1/Turn 2 complex while battling Johann Zarco for second spot late in the MotoGP race.

Quartararo fell from third at the chequered flag to fourth in the classification, something which Jack Miller had already accounted for as he tailed the Frenchman, and then to sixth once he had another three seconds added to his race time for riding with an open race suit and no chest protector.

MotoGP this year introduced pressure sensors as a means of identifying track limits breaches, following the move midway through 2019 to automatically punish final-lap breaches which affect a race result with a position drop.

The latest regulatory change does not address situations such as those, given the incidents occurred during races, but it will cover cases such as Morbidelli’s on the Saturday of the Spanish Grand Prix weekend.

“I think there’s still room to improve [the track limits system],” said the SRT pilot after qualifying at Jerez.

“It was right to cancel my lap time, both of my lap times this morning.

“Maybe it wasn’t right the timing because I got informed really late and we didn’t really have the tyres.

“So, we had to go and get the tyres and put them in the tyre wrap and warm them up and hope they warmed up enough for Q2 if I reached Q2.

“So, we faced a safety issue this afternoon.

“Luckily the temperature was high enough to ride with medium and soft, so to have more choices and more tyres to use.

The MotoGP season resumes with Round 8 at Germany’s Sachsenring on June 18-20.