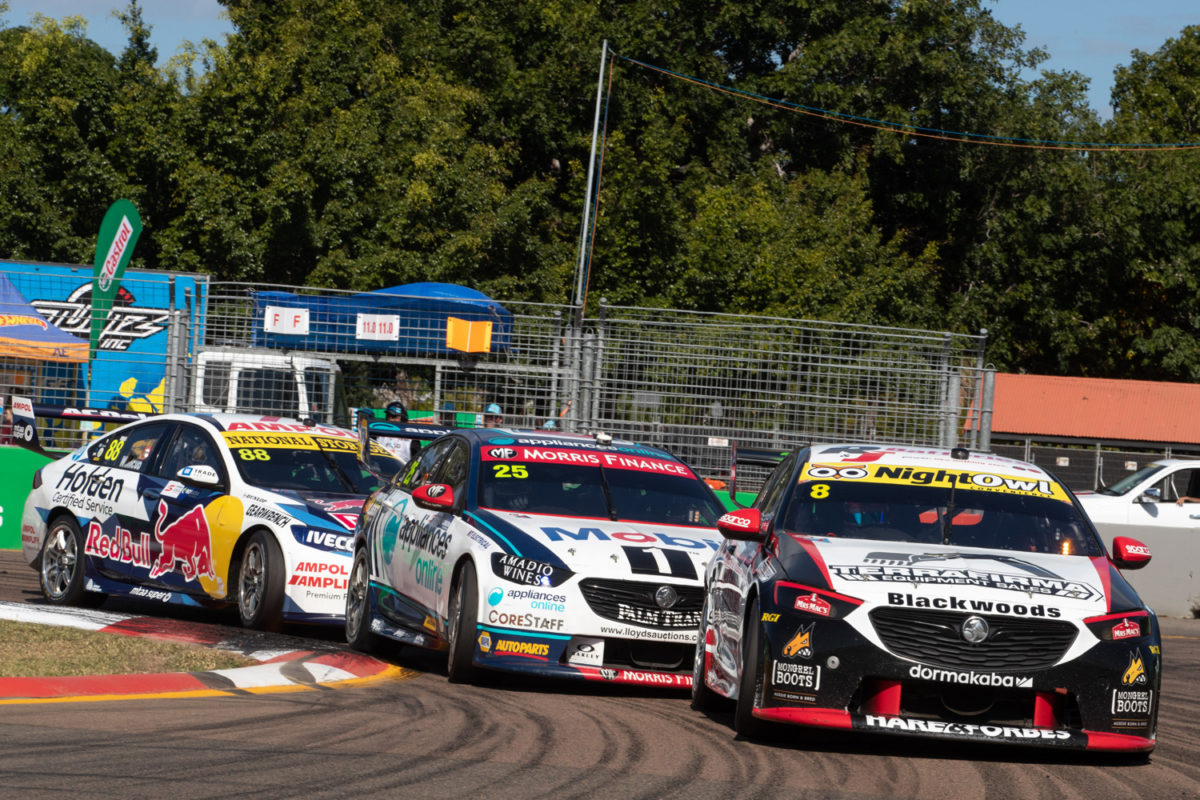 The second Townsville event of 2020

Melbourne’s lockdown will be eased this Friday, boosting the chances of Supercars’ Townsville event going ahead as planned.

The ‘five-reason’ restriction for Melburnians to leave their residences no longer applies from 23:59 tomorrow (local time/AEST), although other restrictions on liberties still apply.

Movement is now limited to no further than 25km from one’s residence except for limited reasons, and travel into regional Victoria is still not allowed.

Restrictions could, however, ease further next week.

Today’s announcement means that the NTI Townsville 500 could well be able to proceed on July 9-11, three weeks (Sunday to Sunday) after the upcoming Merlin Darwin Triple Crown on June 18-20.

That will depend, however, on how Queensland responds to developments from the other end of the east coast.

The Repco Supercars Championship’s Melbourne-based personnel are already away from base, observing Melbourne’s stay-at-home orders in New South Wales for 14 days before entering the Northern Territory.

The category had promised that they would not be made to spend an extended period on the road, as was the case last year, meaning a return to Melbourne after racing at Hidden Valley.

However, should border restrictions in Queensland not ease, Supercars would look at Sydney Motorsport Park as a back-up for the next event after Darwin, given New South Wales’ somewhat looser settings.

For now, all of Victoria remains declared a hotspot by Queensland.

If that remains the case, proceeding an event in Townsville on the current date would not be impossible, but would present a major logistical challenge.

With an 18-day gap between the Sunday of racing at Hidden Valley event and the Friday of the North Queensland event, Melbourne teams would either have to leave the Victorian capital almost as soon as they return from the Territory, or stay on the road for weeks longer.

Neither of those scenarios would be palatable, hence Supercars CEO Sean Seamer’s identification of the television-only Sydney option.

Those competitors who had withdrawn as a result of travel restrictions which no longer apply now have until close of business tonight in Alice Springs to recommit to the event.

Victoria recorded one new locally acquired case of COVID-19 in the most recent, 24-hour reporting period.

“We’ll have more to say about what the next stages of easing will look like next week,” he said.

“But I want to assure people that subject to the public health advice, the epidemiological conditions through the next week, we expect to be next Thursday night, the regional metro divisions will come down and we’ll be able to travel more freely around the state again.”

While Melburnians may now travel within 25km of their residence for any reason, going beyond that radius is allowed only for the following reasons: work, education, caregiving or getting a vaccination.

Caps on a number of types of gatherings remain, but have been increased.

The current outbreak in Victoria has already triggered one change to the Supercars Championship calendar, with the Winton SuperSprint postponed from late-May to July 30-August 1.