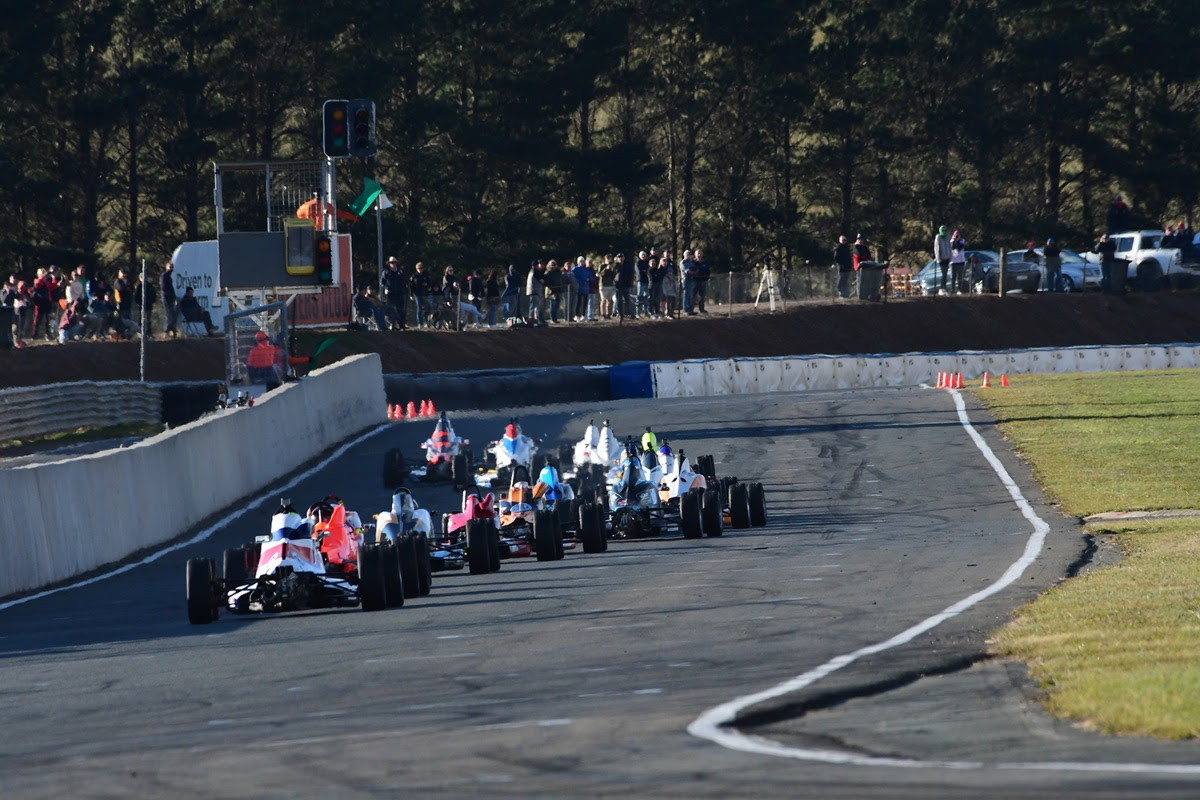 The Formula Ford Working Group is eyeing 2023 as the year when a new car and new Motorsport Australia national championship would be introduced.

The stance represents a preliminary conclusion which was revealed in an online industry forum fronted by the working group, which was formed in March with a view to filling a gap in the nation’s junior talent pathway.

In addition to the mooted new car, existing Formula Fords would be welcomed into a Motorsport Australia National Series commencing next year, which would then share a grid with the new national championship in 2023.

That timeline is tentative, however, not just because the working group is in a consultative phase, but also because of an acknowledgement that it may be too ambitious with respect to development of the new car.

Instead, the debut of that specification, which may be referred to as ‘Formula Ford’ or something different, might not come until 2024.

Both the national series and national championship would, however, offer Supercars Superlicence points under the plans which have been pencilled in so far.

Michael Smith, chair of the working group and Motorsport Australia’s director of motorsport and commercial operations, explained the thought process during the public forum.

“We would obviously announce in 2021, that Formula Ford will be returned as a Motorsport Australia national championship commencing in 2023, and I’ll put a big asterisk on that for the moment,” he said.

“In 2022, as a bridging year, we would propose that existing Formula Ford cars be returned to Motorsport Australia as a national series, and that this series would qualify for six Supercars Superlicence points.

“That’s obviously to be confirmed by Supercars, but also the Motorsport Australia board, but we’re confident that we can achieve that.

“We would propose that a new car be introduced as a motorsport Australian National Championship in 2023.

“The reason we’ve got an asterisk there is that actually might be too soon.

“When you consider that, in the next little while, we’re going to have to a, agree on what the car is; b, design that car; c, homologate that car; and d, to take to market, it may ultimately be a bit of a stretch for us to introduce a new car in 2023.

“So, we’ve sort of got that as a holding year at the moment.”

As it stands, the formula would be tubular chassis produced by a single supplier.

Furthermore, it is envisaged that the rolling chassis, thus including engine and gearbox, would cost $100,00 to $120,000.

The concept is such because it is considered likely that Australia will be the only market for the car, and because a spec chassis, it is reasoned, should help to keep a lid on costs.

“[It is] one of the issues that we’ll be keen to get feedback on from the industry, but at the moment we believe that a single-make chassis is probably the right way to go,” added Smith.

“It’s not a definitive answer; we debated this pretty long and hard at the working group, and certainly understand the pros and cons of each model.

“First of all is the market and the fact that, at the moment, we would envisage that this car would only be sold into an Australian market – we don’t believe that there’s any short-term opportunity to sell a car certainly to Motorsport New Zealand – so we need to take that into account.

“We are also conscious of making sure that we don’t introduce a price war, and one of the ways that we can potentially reduce the spiralling costs is everyone having the same equipment.

“That can run counter, of course, because if you’ve got multiple suppliers in the market, that is also a good way of bringing costs down.

“But, one of the things that we’ve found certainly in the past is, with a multiple chassis arrangement, a lot of money can be spent on developing items to make a car go half a second quicker.

“We want to try and avoid [promoting] investment in that rather than the investment being into promoting the drivers and the young driving talent.

“Ultimately, we’ve sort of erred on the side of believing that a single-make chassis is probably the right way to go.

“We believe the car needs to cost new around $100,000 to $120,000, which we think is around the mark of what a current Formula Ford car costs, and we think it’s achievable for us to deliver a new product in that price range.”

Consultation will continue through June, with the working group likely to present recommendations to the Australian Motor Racing Commission and Motorsport Australia board in July.