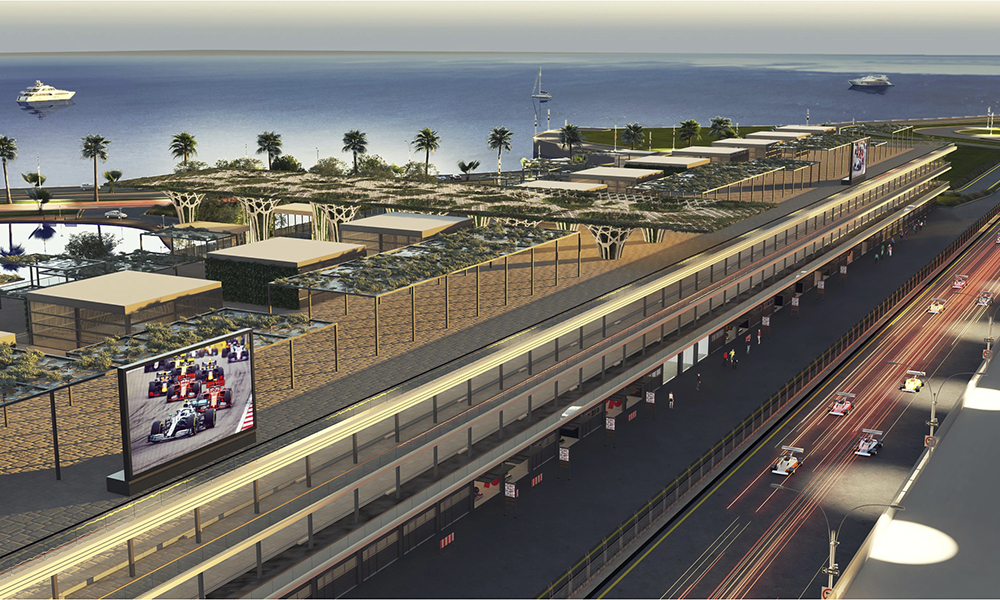 The pit complex at the Jeddah Street Circuit

Organisers of the forthcoming Formula 1 Saudi Arabian Grand Prix have released images of the pit complex at the Jeddah Street Circuit.

The world championship will visit Saudi Arabia for the first time in its history in December, where it will race under lights around a 6.175km, 27-turn circuit on Jeddah’s corniche.

Previously, a virtual onboard lap of the circuit has been released, offering a glimpse into the high-speed venue.

Organisers have now shown off the pit building set to stand over the circuit.

“We are delighted to share these exclusive renderings of our stunning pit and team building with the world today,” said HRH Prince Khalid Bin Sultan Al Abdullah Al Faisal, chairman of the Saudi Automobile & Motorcycle Federation.

“The pit building stands as a symbol of all that this race represents: welcoming, modern and spectacular.

“With only six months to go until the pinnacle of motorsport reaches Saudi Arabia, preparations are progressing at an incredible rate as our dedicated team gears up for the first ever Formula 1 Saudi Arabian Grand Prix.

“We can’t wait to welcome you to Jeddah next December for a weekend of record-breaking racing and world class entertainment.”

Tickets are set to go on sale shortly, with organisers boasting “a weekend of awe-inspiring racing action on track as well as three days of non-stop entertainment and live music experiences off-track.”

Formula 1 is set to head to Saudi Arabia following the Australian Grand Prix for what is scheduled to be the penultimate round of the championship.

The calendar, however, remains in a state of flux following the cancellation of the Singapore Grand Prix, with others expected to suffer a similar fate.