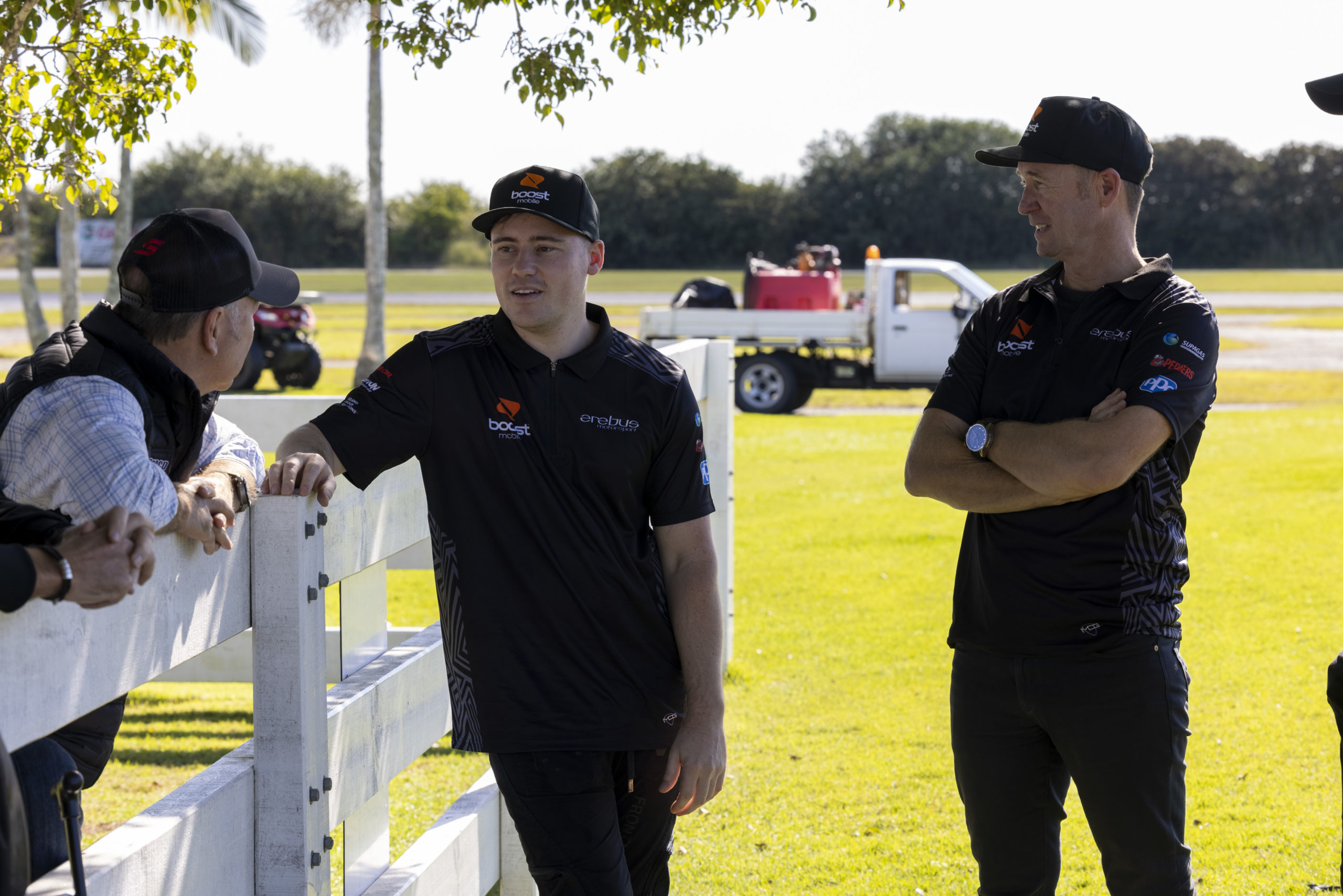 Greg Murphy has explained why he granted Peter Adderton his wish of fielding a Bathurst 1000 wildcard with Richie Stanaway despite initial reluctance.

After a seven-year hiatus from competing in Supercars, Murphy has been confirmed to make a one-off appearance in a Boost Mobile-backed Erebus Motorsport-run entry in the Great Race.

What started as a tongue-in-cheek Instagram post from telco owner Adderton soon spiralled into a serious proposition.

As Murphy recalled, it was a whirlwind few weeks of Adderton calling the Kiwi and trying to convince him to make a comeback.

Asked when he first found out about the concept, Murphy replied, “Literally when he went and threw it out to the world (via Instagram); that’s it,” he told Speedcafe.com.

“I think one of my kids said, ‘Have you seen this?’ And then the phone rang.

“My first words [to Adderton] were, ‘I know why you’re ringing’. He’s like, ‘Come on! Come on! Come on, Murph! It’ll be great!’ I’m like, ‘You’re f*cking joking. You are joking. That’s the worst idea I’ve ever…’ and he’s like ‘Nah, nah, nah’ and just went on his tirade that he does of trying to get me onside.

“He said, ‘Think about it, just think about it’ and I think the next call was Richie and he was exactly the same. I thought, ‘This is madness’.”

Murphy and Adderton have a long-standing relationship, stemming back to the late 1990s when the then young gun was rising through the ranks of single-seater racing.

Having just won the New Zealand Grand Prix, Murphy flew to Australia to contest the opening round of the 1994 Australian Drivers’ Championship.

Murphy went on to win that weekend’s race at Sydney Motorsport Park, but had little funding to continue racing that season.

After a standout display, Adderton offered Murphy a drive in the Australian Super Touring Championship with Brad Jones Racing, which would ultimately set him on the path towards Supercars stardom.

“You know you get to call one favour in your lifetime. This was it. I called it in. I said, ‘Greg, mate, you needed me back then. I need you to make this happen for the fans’.

“Once he said yes, it really started to speed up.”

As Murphy explained, there were several reasons why he got onboard with the idea.

“I came around, one because he was basically making me feel guilty,” said Murphy.

“Two, I actually spoke to my wife. I said, ‘Pete is ringing and this is what he wants to do’. She said, ‘Well, why?’ I said because of this, this, and this; [In response to] a wildcard for Russell and Broc. He hates being outdone by other people.

“I explained this is how it’ll be, and she said, ‘So why wouldn’t you do that?’ And that was the last thing I thought. I thought she’d be like, ‘Yeah, why would you want to do that, that’s stupid’, but she said, ‘Well, that sounds too easy. That’s too good. It’s not like you’re going there with the same intent that you used to. And, you know, what a great opportunity.’

“I didn’t expect her to say that. So it got me thinking again about it. At that point I was already shitting myself because it was like; how am I actually going to get him to change his mind? Because if he doesn’t, and he’s a red rag to a bull… if he’s serious, and he can get someone to do it, well then, I’m sort of screwed.”

Stanaway’s involvement in the programme played a major role in signing on the dotted line.

Stanaway, now 29, lasted just two seasons in the championship as a full-timer before retiring from Supercars.

It was a tumultuous period in which Stanaway aggravated a neck injury that sidelined him midway through 2019.

Later that year, he was sent home by Garry Rogers Motorsport midway through the Gold Coast 600 for missing a driver signing session.

Just hours after the season-ending Newcastle 500, Stanaway confirmed his departure from the sport.

Murphy said he sympathised with his countryman and felt this year’s campaign would go some way to putting any angst to bed.

“Richie was unceremoniously out of the championship back at the end of 2019 and that was shit,” said Murphy.

“There’s a lot of people who know how talented he is and what a waste I suppose in some respects him not being able to achieve more or do more in motor racing.

“I’ve been a big supporter of his ability. That was something that definitely resonated with me, was if he was wanting to do it, be a part of that in some ways, to give him a chance to come back and go to a race without that pressure, without that stress, that same kind of mindset.

“He’s in a great space. The time away from the sport has been very, very therapeutic for him, which is really interesting just in itself and talking to him now where he’s at with his thought process and how good it has been for him to be away from the game. That’s really cool.

“It’s going to be awesome just watching him and being part of that. Just allowing him to go about his business without that same kind of pressure. That’ll be cool.”

This year’s Repco Bathurst 1000 at Mount Panorama is slated for October 7-10.