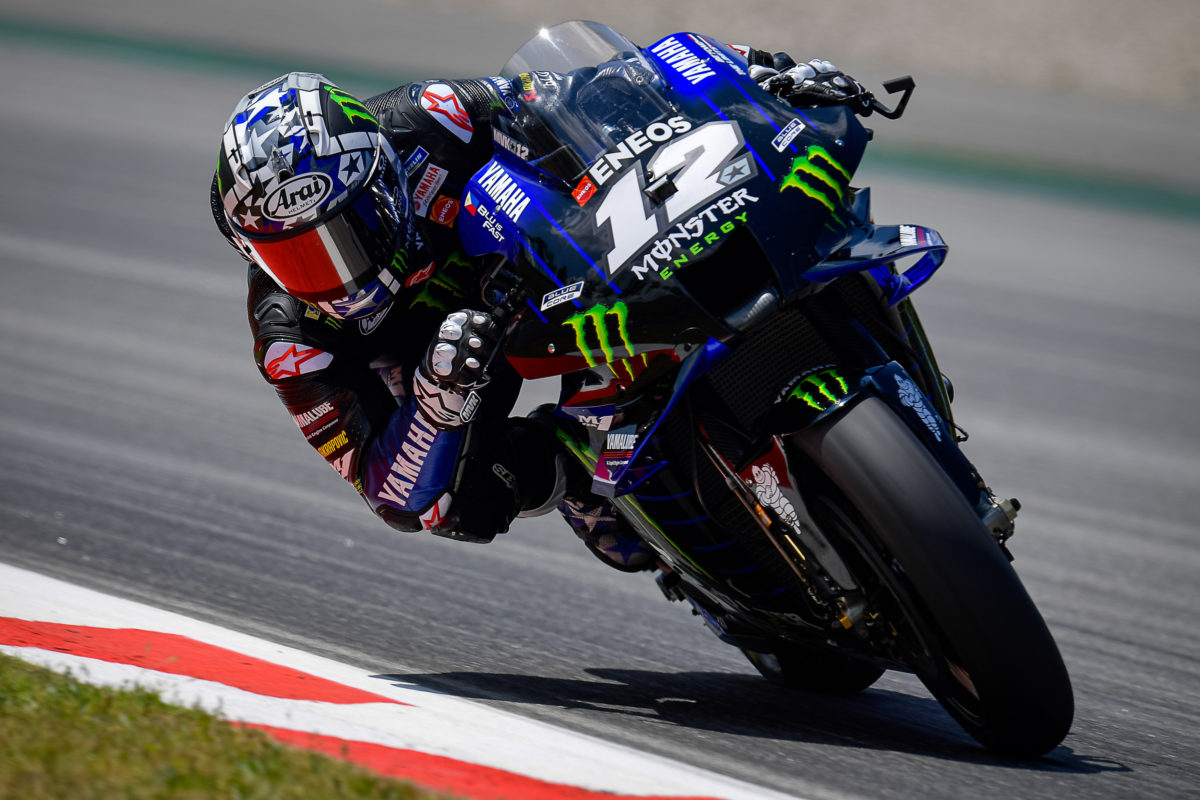 Maverick Viñales has gone fastest in a factory Yamaha one-two at the Catalunya post-race MotoGP test, while Jack Miller ended up 14th.

Viñales’ late 1:39.400s saw him come out on top by 0.137s over championship-leading team-mate Fabio Quartararo, with LCR’s Takaaki Nakagami third at 0.302s off the pace.

Nakagami was the early pace-setter on a 1:40.648s on a Honda, before SRT’s Franco Morbidelli clocked a 1:40.022s on his Yamaha during the second hour.

Suzuki’s Joan Mir then set a 1:39.816s in the third hour, which remained fastest until the sixth hour, when Quartararo went to a 1:39.537s which would be his best of the day.

Viñales, who was testing a carbon swingarm, lowered the benchmark twice in the final hour, initially to a 1:39.516s before finding another tenth-and-a-bit.

There were four manufacturers represented in the top five, with Honda rider Nakagami followed on the timesheet by Suzuki’s Mir and Ducati’s Francesco Bagnaia.

Mir had made no improvement on that third-hour time while Bagnaia went as fast as a 1:39.866s, with both working mostly on set-up.

Encouragingly for Marc Marquez, his 87 laps was the biggest haul of anyone, and the 1:40.054s on the 52nd of those was good enough for 11th.

The Australian was one of a handful to crash during the day and, like factory Ducati team-mate Bagnaia, that was at Turn 5.

“The track was not in the best condition with the rain that we had last night, but all in all, it was a good test,” said Miller.

“We went through a few items, and I was able to double-check a couple of things that we’d tried over the weekend. We’re ready to go on to Sachsenring [next round].”

Pol Espargaro went down at Turn 6 while Avintia’s Luca Marini triggered a red flag when he went down on his Ducati during the first hour, but was not hurt.

Morbidelli finished his day in the early afternoon while Aprilia’s Aleix Espargaro sat it out altogether due to a problem for the arm that was operated on recently.

Taking his place alongside Lorenzo Savadori was Matteo Baiocco, and they ended up 19th and 23rd respectively.

The MotoGP season continues with Round 8, the German Grand Prix, on June 18-20.