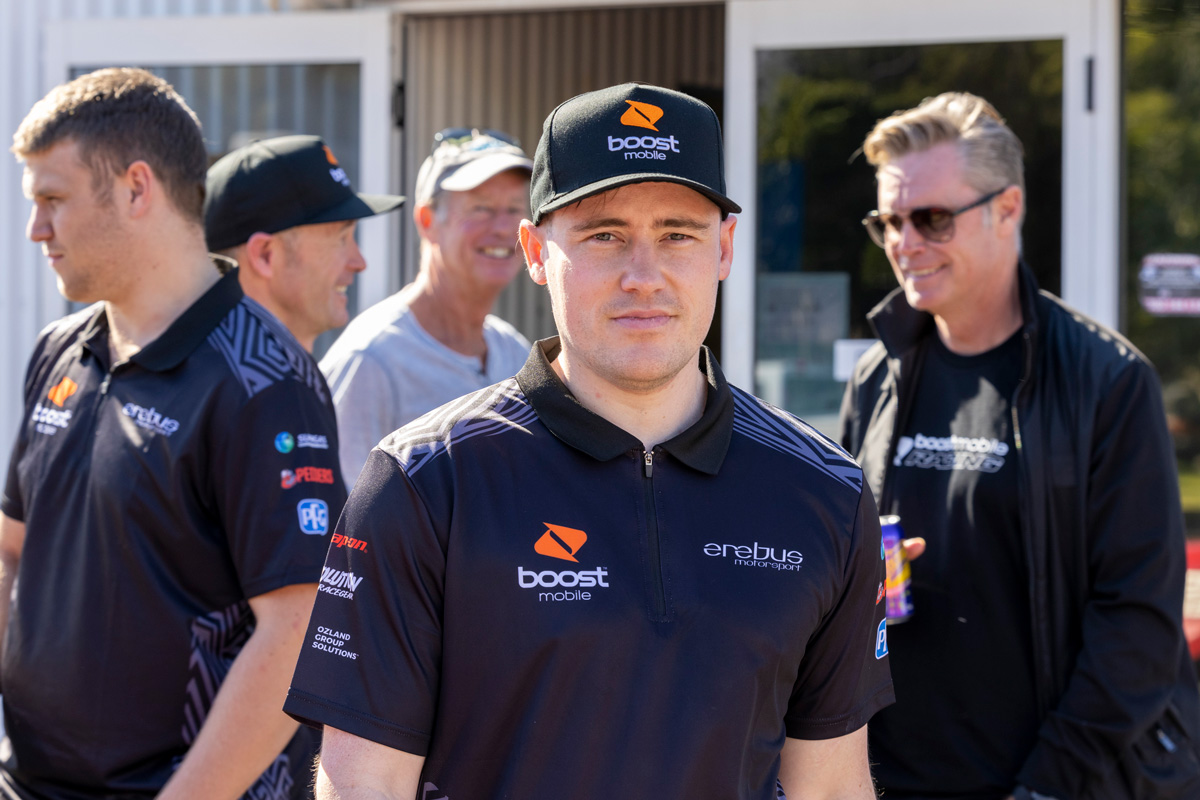 When Richie Stanaway abruptly retired from motorsport following the 2019 Supercars finale at Newcastle, he’d set his mind on never returning to the race track.

A supreme talent who stormed to the German Formula 3 championship in 2011, the right opportunity never quite came about in a full-time Supercars sense for Stanaway.

A misunderstood soul, he ran into trouble with both his employers, Tickford Racing and then Garry Rogers Motorsport, not to mention getting offside among fans.

But two years away from the spotlight have done the 29-year-old the world of good, and when Boost Mobile mogul Peter Adderton came knocking with a Bathurst 1000 wildcard opportunity for this October, it proved irresistible – despite initial hesitance.

“I think there was just too much right about the opportunity to say no,” a visibly relaxed Stanaway told Speedcafe.com during a lighthearted track day at Norwell Motorplex.

“It was difficult at first because I kind of set my mind on not racing anymore, so it was hard to convince myself to get back into it, but I think it has been the right thing to do.

“It’s just exciting to have a race to look forward to again, which is something I haven’t had for a couple of years.

“Getting fit again, driving with Greg [Murphy, childhood idol], driving at Erebus, a good sponsor, just too many pieces of the puzzle were a right fit to say no. So yeah, I’m looking forward to it.”

In recent years, Stanaway has been keeping a low profile back home in New Zealand.

“Towards the end when I was driving full-time I had to make sure I had an alternate path to go down. It’s been very different to adjust to and a lot to learn.

In a change of tune to his brutal exit from the sport, there’d been a generally positive response from fans to the prospect of him returning alongside Murphy for the Repco Bathurst 1000 on October 7-10.

“So far it’s had a really positive response and I think it’s something that a lot of people will get behind, so it’s good to be a part of it,” he added.

And he knows full well that anything can happen in the space of 161 laps around Mount Panorama.

“With the four times I’ve done it, I’ve got a bit of an idea in my head of how to do a better job there than what I have done in the past,” said Stanaway, who presumably will act as the wildcard’s primary driver.

“And obviously going there with a different team now, you just don’t really know what we’ll be capable of.”

Stanaway also had a key message of thanks to Adderton for his evergreen support: “It’s a lifeline for me really because without the support of Pete, I would have stopped racing a long time ago – back at the end of 2018.

“It’s good to have someone that sees my potential and wants to help that out and give me the opportunity to get out on track and be a part of this entry with Greg.

“It’s just a great opportunity so it’s cool to have a sponsor like that that’s passionate about it and willing to help me out. It’s much appreciated.”

The duo will drive a #51 Erebus Motorsport ZB Commodore as one of two confirmed wildcards for the event; the other being the #39 Supercheap Auto-backed Triple Eight Race Engineering entry of Russell Ingall and Broc Feeney.