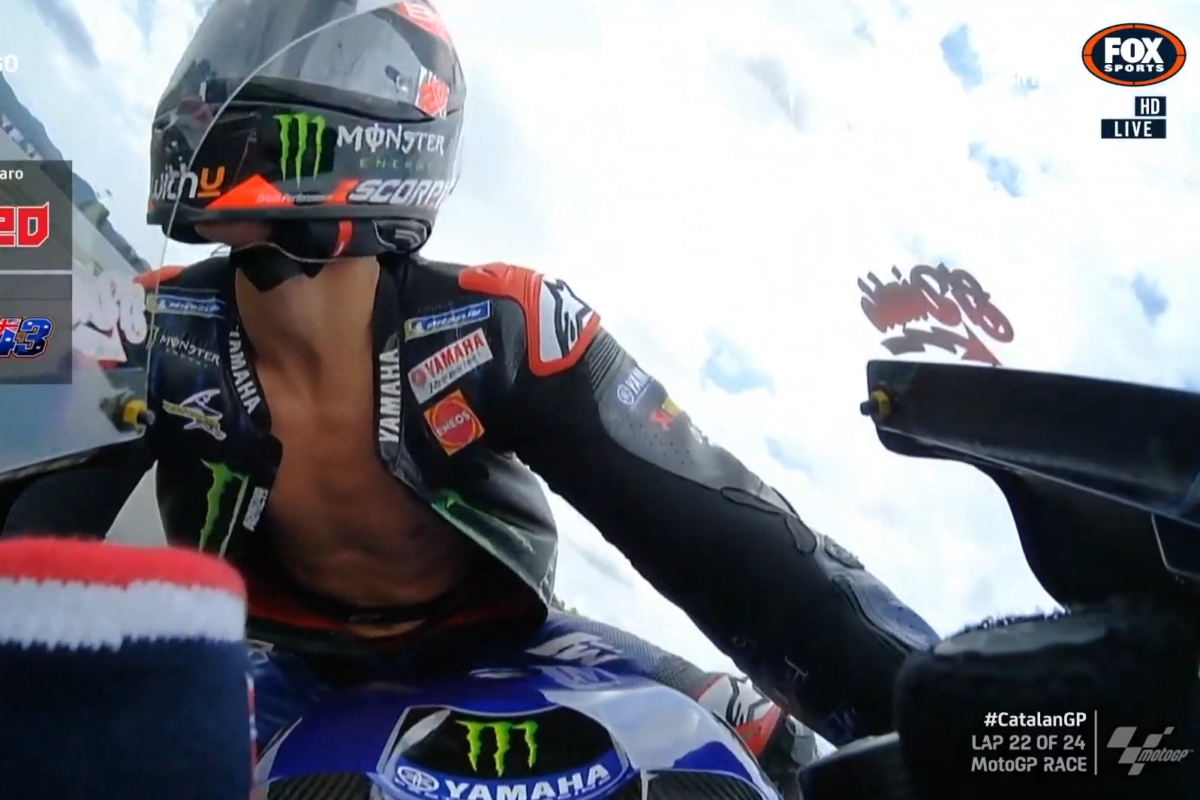 Fabio Quartararo’s race suit was found to be “in normal working order” at the Catalan MotoGP, according to manufacturer Alpinestars.

Quartararo was issued a three-second time penalty for a breach of regulations regarding riders’ safety equipment after he rode the final four laps of the race with his leathers unzipped.

The Monster Energy Yamaha rider said he was unsure how the issue occurred, but did claim that he made unsuccessful attempts to zip the suit back up during the race.

Alpinestars has now addressed the matter, releasing a statement in which they declare that they have found no defect with the suit, although the investigation is ongoing.

“Upon initial analysis post-race in the Alpinestars Racing Development truck located in the MotoGP paddock, the team found the suit to be in normal working order with all zippers and fasteners fully functioning.

“This is only a first assessment, to be further investigated once the suit is in the Alpinestars laboratory at Alpinestars headquarters, conducting all testing and analysis to understand more about the cause of what happened.”

Quartararo took the chequered flag in third position at the Circuit de Barcelona-Catalunya but had already been issued a three-second penalty for shortcutting the track which saw him relegated to fourth, before the second sanction dropped him to sixth all told.

FIM regulations state that “The [rider’s safety] equipment must be worn, correctly fastened, at all times during on-track activity,” and while Frenchman initially claimed no penalty was warranted for riding with an unzipped suit, he conceded after Monday’s post-race test that he deserved a black flag.

He is, however, yet to offer an explanation as to why he tossed his chest protector onto the race track on Lap 21, shortly after the issue with the leathers became apparent.

Suzuki Ecstar rider Joan Mir was angered by that action, asserting that it had the potential to create a “super dangerous situation”.

Repsol Honda’s Marc Marquez opined that a black flag would have been tough on the Yamaha pilot, but that he should have stopped to address the problem.

Quartararo’s margin at the top of the championship is now 14 points, with each penalty having the effect of costing him three points.