Quartararo admits he should have been black flagged for open leathers

Quartararo admits he should have been black flagged for open leathers 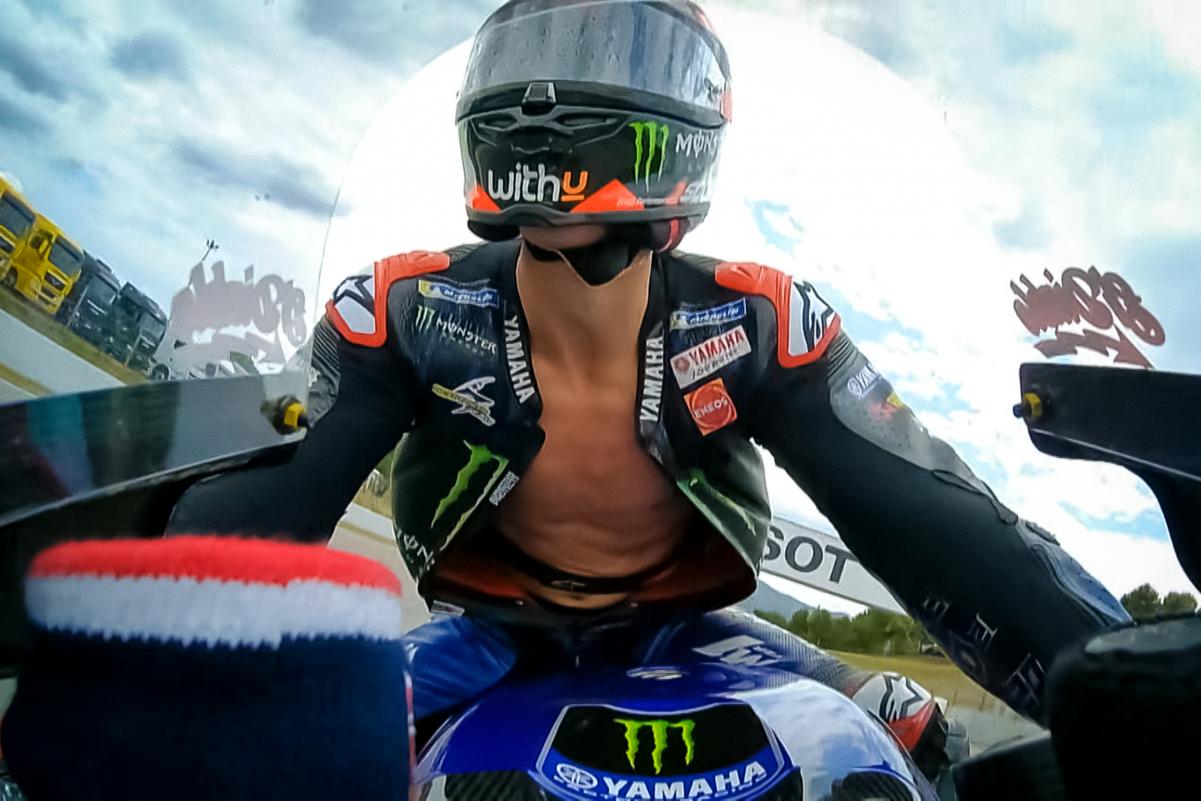 Fabio Quartararo admits he should have been black flagged for completing the Catalan MotoGP with his leathers open, having only been issued a three-second penalty for the infringement.

The Monster Energy Yamaha rider circulated with his race suit unzipped for the last four laps around the Barcelona circuit, during which time he also tossed his chest protector away at Turn 3.

Having taken the chequered flag in third position, Quartararo was immediately demoted to fourth due to a three-second penalty for a late shortcut, and subsequently to sixth once stewards had deliberated on the matter of his safety equipment.

Speaking before the second sanction had been handed down, the championship leader suggested it would be unwarranted, and then expressed his frustration on social media once it had been made official.

Safety has been in the spotlight after the death of Moto3 rider Jason Dupasquier just a week prior and, following the post-race test in Barcelona, Quartararo conceded officials should have been harsher on him.

“Yes, first of all, yeah I think looking back at what happened now the story is finished I can be happy because it’s difficult to admit, but for me it was black flag,” he said.

“I mean, it’s true that I put in danger myself and also with what happened last week I think it was the correct thing.

“But I was lucky. The only penalty I don’t agree with was the shortcut because I don’t feel it was fair.

“I lost seven tenths, but if I lost one second the penalty was gone, and how do I know on the bike I lose seven tenths of one second?

“So, that was a little bit stupid. But I admit the second penalty. I was angry, of course, but better this than zero points.”

The Frenchman remains unhappy about the first penalty, which he incurred in running long at Turn 1 on the third-last lap as he battled with Johann Zarco for second spot.

It was also only a week ago at Mugello that Miguel Oliveira lost second place to Joan Mir for exceeding track limits on the final lap, only for the positions at the chequered flag to be reinstated when Mir too was found to have done so at the same time.

Earlier that day, Joe Roberts lost third place in the Moto2 race for the same reason, and Quartararo thinks the rules are too strict.

“For the safety, the more there is the better it is,” he said about rider equipment.

“But we are getting into some things that I really don’t like, like Miguel and Mir in Mugello last lap.

“It’s not giving any gains. The shortcut, I mean I don’t go through because I wanted to go straight.

“I lost the front, I crashed and I go straight. If it was gravel there, I would go in the gravel.

“You get a three-second penalty to shortcut, but the shortcut was slower than normal, so it’s not a shortcut.

“So, for me the rules is getting more and more strict, we can’t always be precisely on the line.

“We can make mistakes and I think it’s taking out the fun side of the show and we are not robots, so I think a little bit of mistakes is allowed by the riders and more when you need to make 24 laps on the limit.”

Quartararo now leads the championship by 14 points over Catalunya runner-up Zarco, with the effect of each penalty having been a loss of three points.

The Yamaha rider was second to team-mate Maverick Viñales in the post-race test, with the German Grand Prix next up on June 18-20.