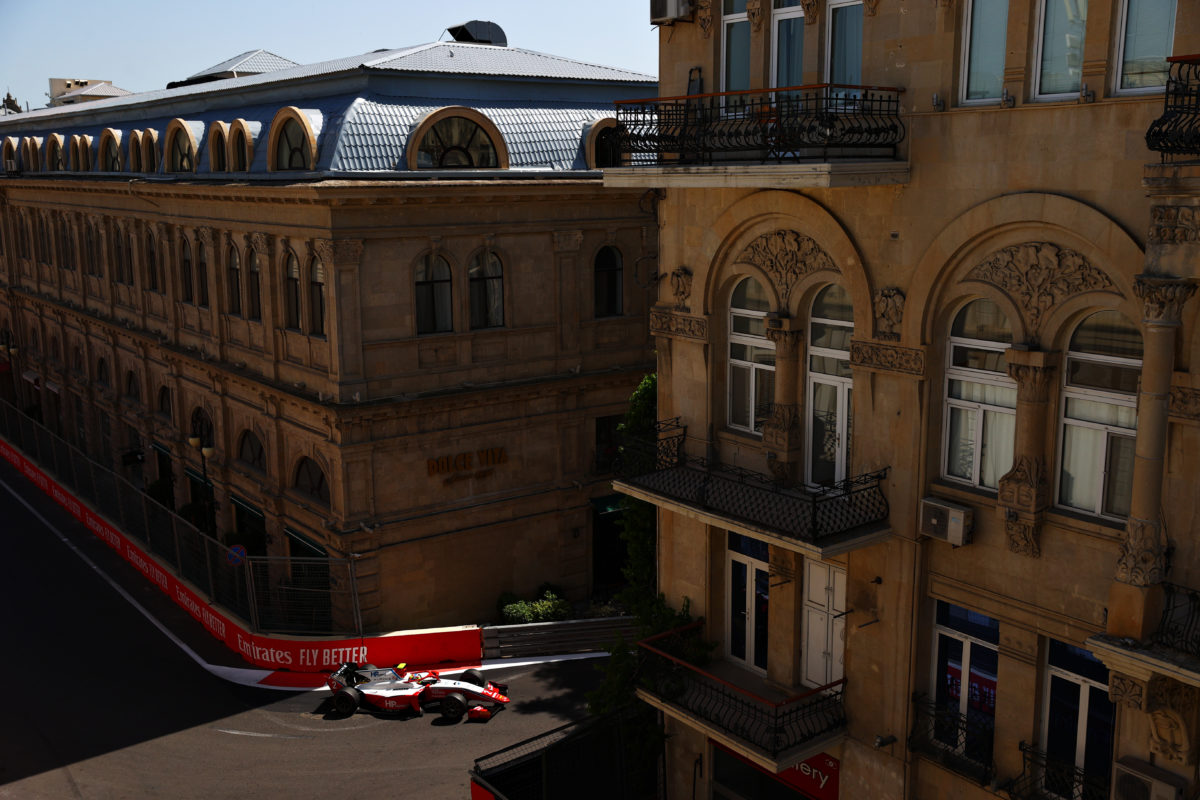 Oscar Piastri has claimed his fourth podium of the FIA Formula 2 Championship season in the Feature Race in Azerbaijan.

Starting from third, the Australian got away well in Sunday’s race to climb to second at the start.

An early Safety Car, as had punctuated both Sprint races on Saturday, was called after which Piastri slipped back a spot behind Liam Lawson.

A five-second penalty for an unsafe release was handed to Piastri following his stop, prompting a charging second half of the race to ensure he maintained his podium position.

The Melburnian did so and was officially classified 6.152s down on winner Juri Vips, and 6.471s clear of Robert Shwartzman in third.

It was a strong finale to the weekend after an opening lap retirement in the first sprint race.

Involved in an incident with Felipe Drugovich and Lawson, Piastri was a scratching just seconds into the race.

He then stormed back to eighth in the second race, setting the fastest lap in the process to score three championship points.

With the 18 he chalked up in the Feature Race, the 20-year-old sits just five points away from his fellow Alpine Academy member Guanyu Zhou at the top of the championship standings.

Lawson is the better placed of the two New Zealanders in the field in eighth, 28 points off the top of the standings, while Marcus Armstrong is 15th.

The Formula 2 Championship heads to Silverstone for Round 4 where it will support the Formula 1 British Grand Prix on July 16-19.