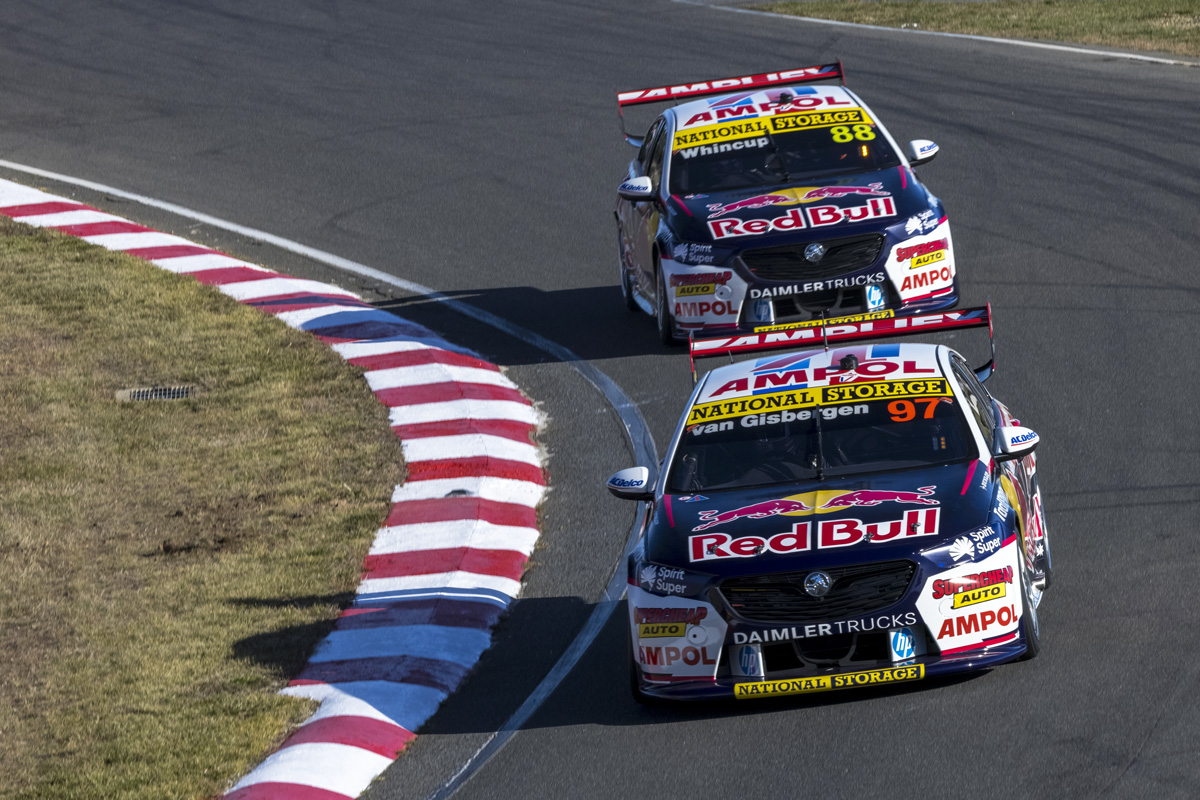 Season three of Supercars’ Inside Line docuseries will give unrestricted insight into what goes on behind the scenes at Triple Eight Race Engineering, the team has declared.

The series’ inaugural season followed the highs and lows at Erebus Motorsport during the 2019 season, and was aired during the COVID break last year.

That arguably brought mixed reactions, with the opportunity to get a deeper understanding of the team and its characters strengthening the bond for some fans, balanced out by controversies that arose along the way.

Walkinshaw Andretti United will star in season two, covering their 2020 journey, across six episodes to be released later this year.

Triple Eight was the selected squad for cameras to follow in the 2021 Repco Supercars Championship, a choice that is sure to drive interest given its divisiveness among fans, its key role in Gen3, and Shane van Gisbergen’s stunning season to date.

Triple Eight team manager Mark Dutton has assured all will be there to see, when it hits television screens next year.

“Over the years we’ve done things where we’ve given various levels of access to different media outlets and different things like that, so it’s not totally new ground for us,” Dutton told Speedcafe.com.

“But for sure just the continued unlimited access is a change, and it’s something that you do have to do right because as soon as you change what you say in a debrief, well you’re possibly affecting your on-track performance.

“The access we have given them is 100 percent unlimited. Like there hasn’t been a time yet where we’ve said, ‘no you can’t come in and do that’.

“And the good thing is they have got a really good and experienced crew so they know how to work with you… and like anyone, you refine your techniques and your fly on the wall.

“They’re trying to capture content from every different angle and every different perspective, so I’m super keen to see how it works out because they definitely have been capturing a lot of content, they have been doing an amazing job from what I can see, so yeah, I think it should be pretty exciting.” Dutton hopes the docuseries can have a positive impact on Supercars similar to what Netflix’s Drive to Survive has had on Formula 1.

“Speaking to all my non-motorsport mates, the amount that have said ‘gee you guys should do something like the F1 doco series thing’, so I really hope it gets that sort of coverage because I believe it can grow the category massively in Australia and overseas,” he said.

“We take it very seriously with these things, we do give the access.

“There’s always times when people say, ‘gee, do we have to let them in here or do you we have to do that?’ Just because it’s different and you’re talking about sensitive material that can be the difference between your team winning and losing, you don’t want it shared or out there in the open.

Hoped to be released in early 2022, season three will revert to an eight-episode format as was seen in the Erebus Motorsport edition. Whincup and van Gisbergen celebrate on the Symmons Plains podium