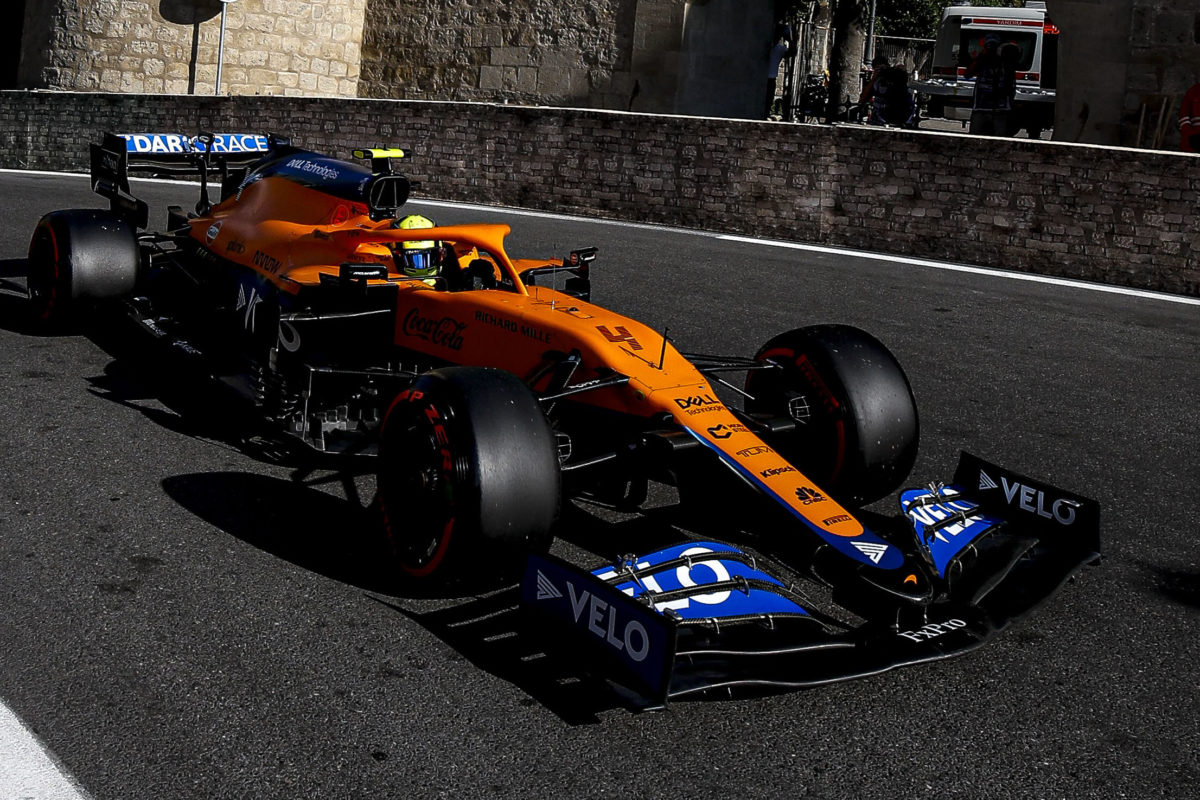 Lando Norris has hit out at an “unfair” penalty dished out on the back of qualifying for the Formula 1 Azerbaijan Grand Prix.

Norris qualified sixth for Sunday’s race but will line up ninth after he was pinged for a red flag infringement.

The incident occurred in Qualifying 1 when Antonio Giovinazzi crashed at Turn 15.

On full throttle and near pit entry at the time the red flag was shown, Norris elected not to enter the lane and remained on track.

“During the hearing the driver admitted that he lifted the throttle, braked and was committed to and able to enter the pitlane,” the stewards’ report states.

“At that moment he was not sure what to do and asked his team over the radio.

“Although the team ordered him immediately to enter the pits, it was too late and NOR crossed the finish line one more time.

“The Stewards assume that if a red flag is not respected during qualifying, a drop of 5 grid positions is appropriate.

“However, if you consider that the driver only had a very short time to react due to his position on the track, a drop of 3 grid positions is sufficient as an exception.”

Norris meanwhile feels any penalty is unfair, reasoning that he took the safest option available.

“At the speeds we do you have to make such a quick decision, ‘what’s the best thing and safest thing to do?’” Norris questioned.

“I feel like what I did was exactly the safest thing to do.

Rubbing further salt into the wound was the addition of penalty points on Norris’ licence.

The additional three points takes the Brit to a total of eight – a total of 12 in a 12-month period results in a one race ban.

“They should think, ‘what it’s like to be in the driver’s seat?’ for a second,” he said.

“A reprimand or something is the right thing to do, or to have a bit more understanding in some areas and be able to over decide the actual ruling itself.

“I know if anything, I took the safer option of boxing and not boxing.

“I don’t deserve three points on my licence for this. I didn’t do anything dangerous.

“I know what the rules are and so on, so it’s not like I have a lack of understanding or anything like that.

“It shouldn’t ruin my Sunday for such a thing.

“In my opinion that’s a bad decision, or just an unfair penalty, an unfair ruling, but it’s the way it is, I can’t do anything about.”

Charles Leclerc will start the Azerbaijan Grand Prix from pole, while Daniel Ricciardo in the second McLaren will start 13th after crashing out in Qualifying 2.