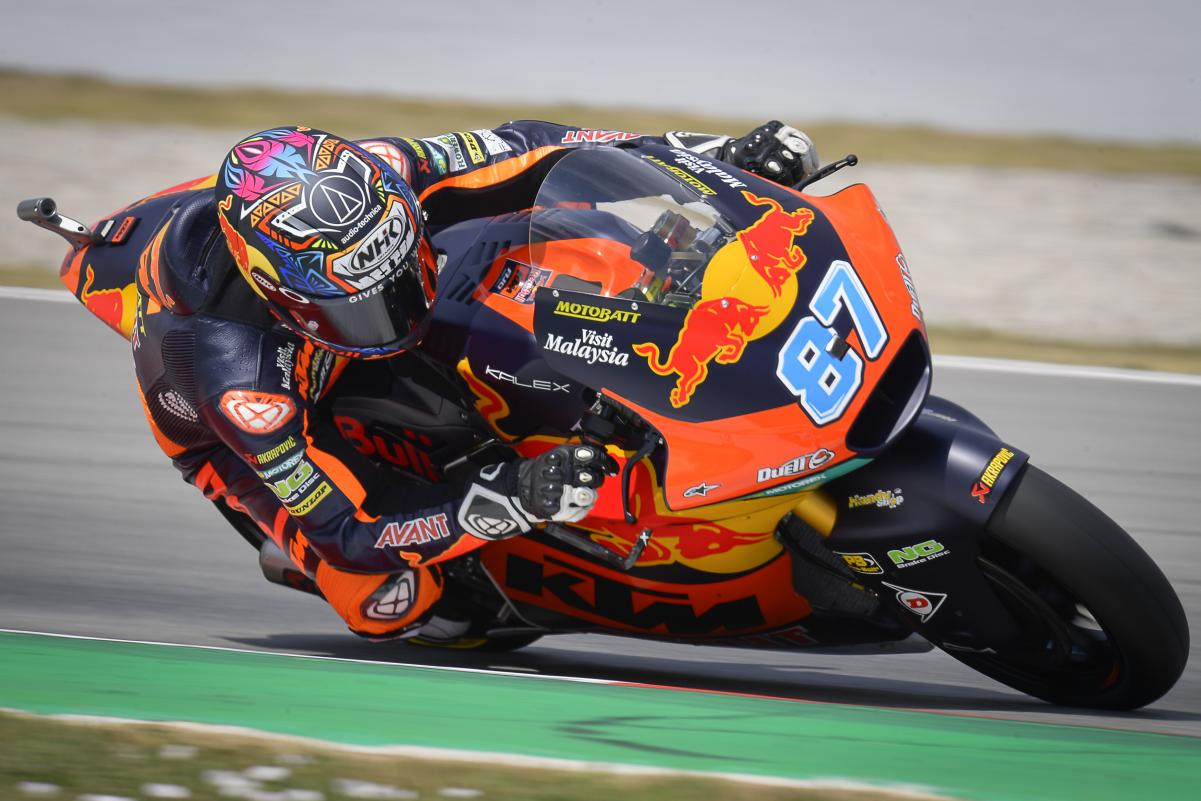 Remy Gardner has gone back-to-back in the Moto2 world championship with victory at the Catalan Grand Prix.

Either of the two Red Bull KTM Ajo entries led all 22 laps around the Circuit de Barcelona-Catalunya, Gardner exercising patience during the middle portion of the race before picking off Raul Fernandez with three laps to go.

The MotoGP-bound Australian pulled away thereafter and his championship lead is now 11 points over his Spanish team-mate, who took the chequered flag in second position.

Bendsneyder went down the inside of Raul Fernandez at Turn 5 but the latter re-passed the Dutchman at Turn 7, a battle which allowed Gardner to skip 0.6s clear by the end of the standing lap.

Marco Bezzecchi (Sky VR46), the man nearest to the KTM Ajo duo in the championship, moved into fifth when he slipstreamed past Augusto Fernandez as Lap 2 became Lap 3.

Raul Fernandez needed little time to catch back up to Gardner, although he continued to follow the Sydney native as Augusto Fernandez and Aron Canet (Inde Aspar) battled over sixth spot.

When Canet crashed out at Turn 5 on Lap 7, Sam Lowes (Elf Marc VDS), who arrived in Barcelona fourth in the championship, was promoted to ninth.

The top two had moved more than a second clear of the chasing pack when the rookie finally made his move for the lead, down the inside of #87 at Turn 1 on Lap 12.

Raul Fernandez received a track limits warning with a handful of laps remaining, raising the stakes given he had not shaken Gardner.

The second-generation rider made an opportunist move on Lap 20 when he threw his bike down the inside of #25 at Turn 1, and that was effectively the end of the contest.

Gardner won by 1.872s in the end, with Vierge surviving late pressure from Bezzecchi to claim the final spot on the podium.

Ogura crashed out of seventh position on Lap 20 and neither Di Giannantonio nor Hector Garzo (Flexbox HP40) finished either, clashing under brakes at Turn 1 on Lap 21 when they were running eighth and ninth respectively.