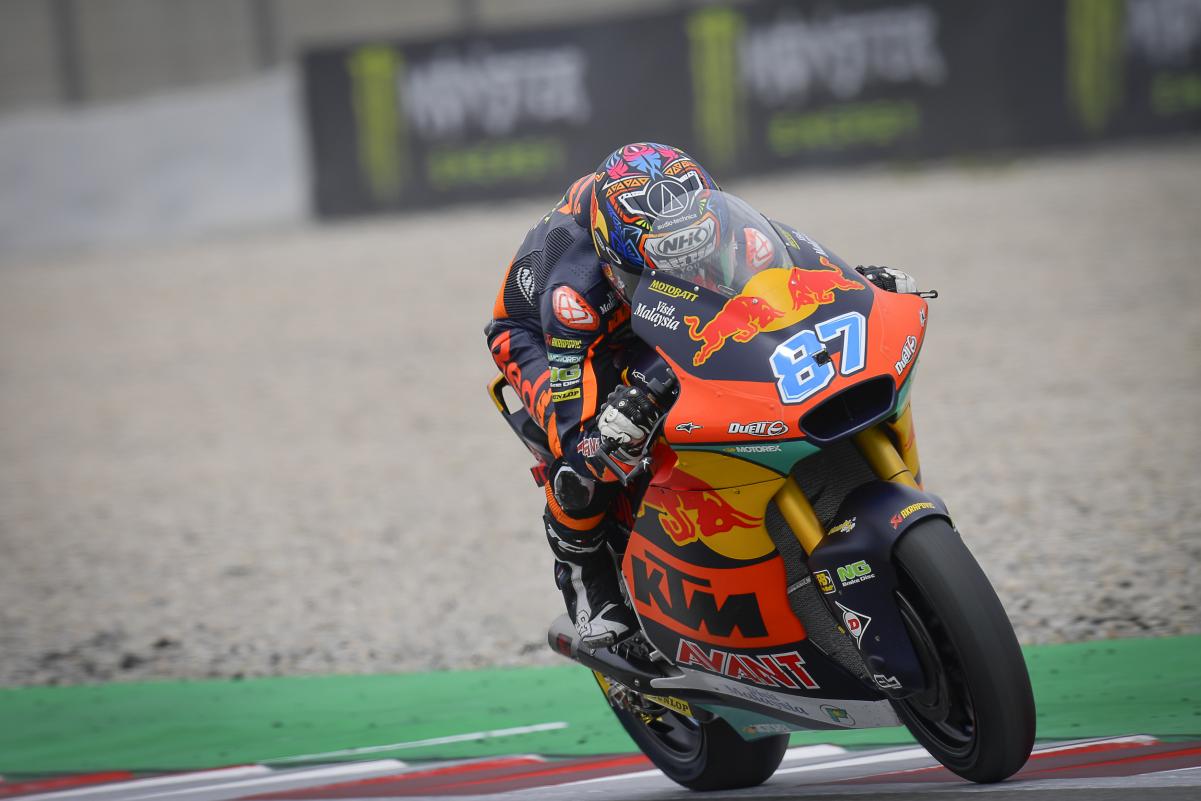 The battle for first position on the grid was effectively a duel between the MotoGP-bound Australian and team-mate Raul Fernandez, with 0.158s separating them in the end.

Gardner kicked off his Qualifying 2 session with a 1:43.764s around the Circuit de Barcelona-Catalunya but it was Fernandez who was fastest after the initial flyers on a 1:43.574s.

The former responded with a 1:43.372s before returning to the pits, just as the latter regained the ascendancy with a 1:43.135s.

Gardner, however, began his second run with a 1:43.099s to take back provisional pole and a 1:42.977s next time around to consolidate it.

The championship leader was visibly frustrated when he then made an error under brakes and ran long at the start of his final flyer, but Fernandez was not going any faster.

Bo Bendsneyder was also as quick as he was going to get, the Dutchman staying third courtesy of an earlier 1:43.400s on his Pertamina Mandalika SAG Team entry.

“After the first run, I saw we were first for a while and then as I came in, I saw Raul got me just by and tenth-and-a-half, or something like that,” said Gardner.

“So, I thought, ‘Alright, gotta push, gotta leave it on the line here.’

“The important thing is, our rhythm’s good for the race tomorrow and I think we just found, also in the quali, just a little bit more, which is good for tomorrow.”

The Moto2 race follows that of MotoGP on the programme on Sunday, with a start for the intermediate class due at 22:30 AEST.