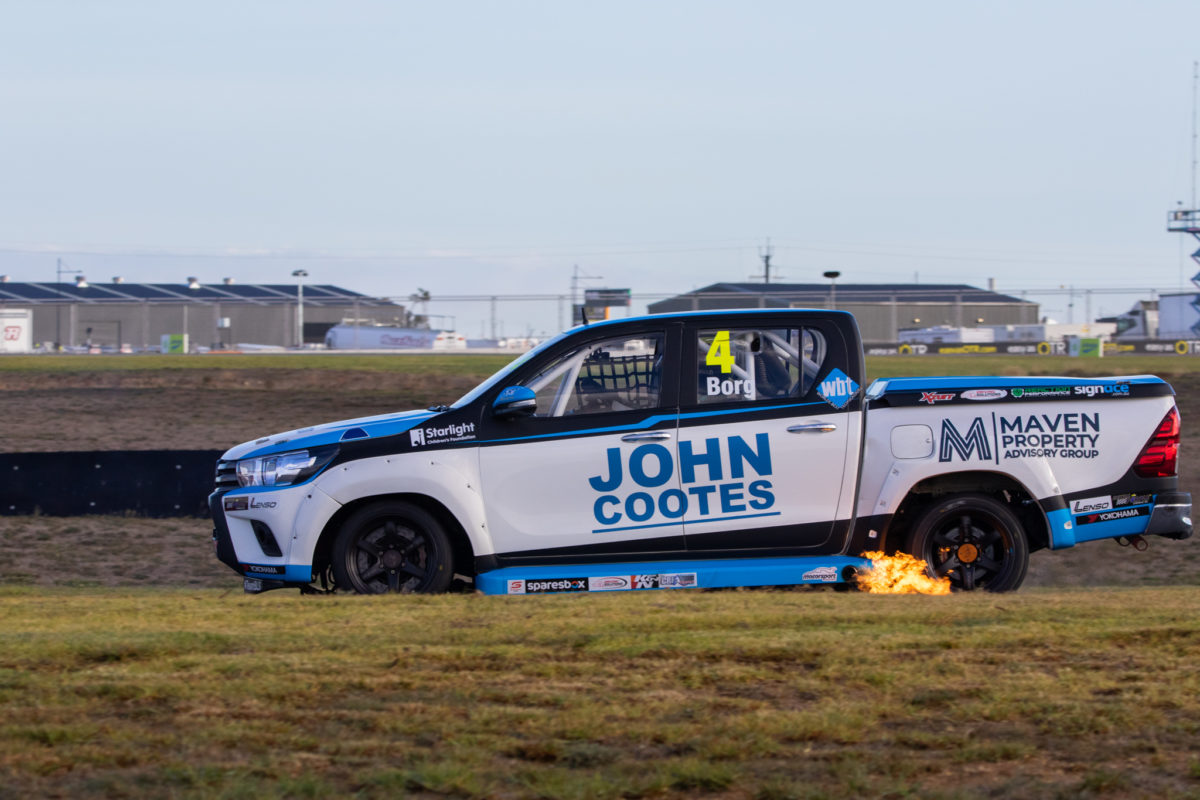 Haltech V8 SuperUte Series organisers will make changes to address the quirky aesthetics which the vehicles’ new wheel and suspension package have created.

As well as the change from turbo diesel engines to a control LS3 V8, the SuperUtes now ride on 18-inch wheels which are wrapped in Yokohama Advan tyres, instead of the 20-inch hoops of old.

While that is a more race car-like specification, it has also created the unusual sight of large gaps between tyre and wheel arch on most of the models which are represented in the series.

According to V8 SuperUte technical advisor Luke Sieders, that will be fixed with the addition of some more bodywork pieces during the season.

Work will begin in earnest next week, with a solution being targeted for Round 2 of the season at Winton when it eventually takes place on the weekend of Sunday, August 1.

“We will do that with time,” Sieders told Speedcafe.com.

“It’s just because the wheel arches are designed to have big, muddy, all-terrain tyres on there.

“So, we’ll do some wheel arch flares or something that enclose the hole up a little bit as time goes on, just so there’s not as big a hole there and it makes it look a bit more proportionate.”

The change in wheel and tyre specification was motivated by several factors.

With more grip, lap speed is enhanced initially but tyres will exhibit noticeable degradation, introducing a strategic element given drivers will only have six new tyres at most rounds.

The smaller diameter also allows suspension and therefore centre of gravity to be lowered, and there is less sidewall distortion, reducing the likelihood of rollovers which were common in 2018 and 2019. 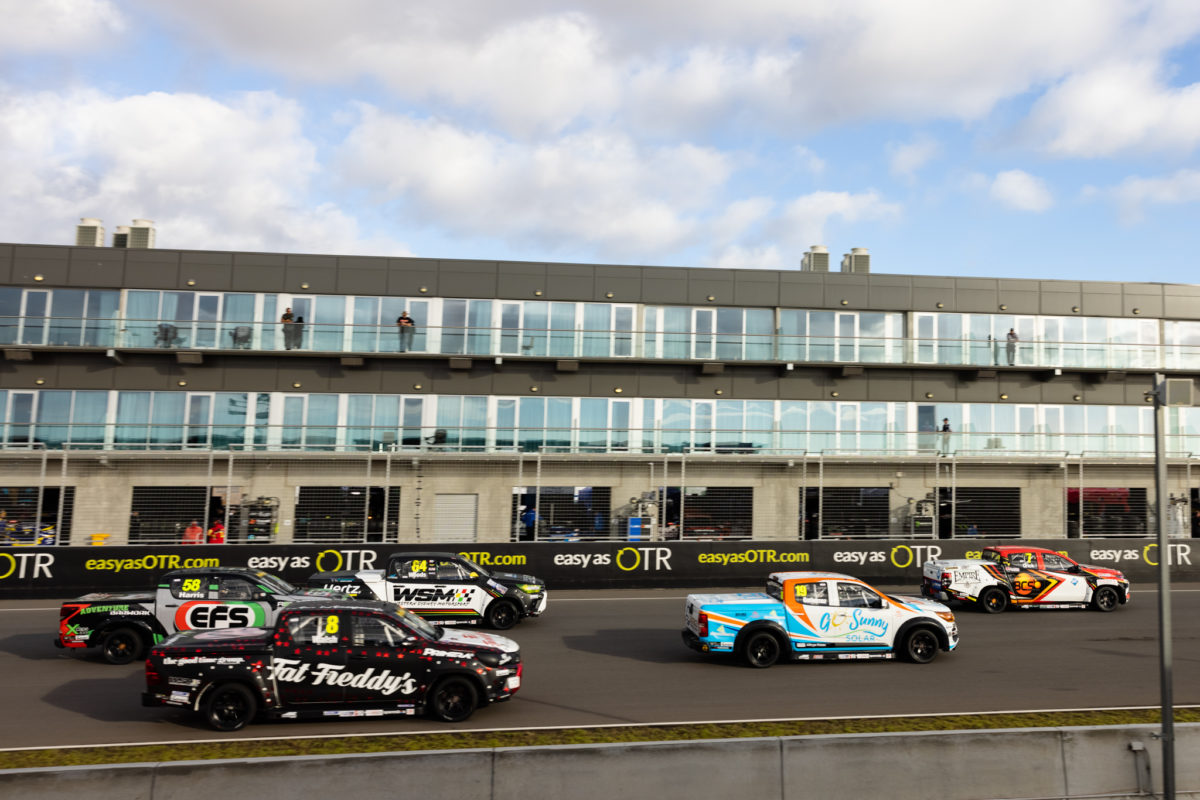 The V8 SuperUtes at The Bend

“[On of the benefits is] Centre of gravity; to stop them rolling,” explained Sieders.

“By going to that tyre size, we’ve been able to lower the roof height 60mm.

“But also, we can lower the suspension because you lose that height on top of the wheel, so the front wheels aren’t driving into the wheel arches as easy any more.

“By going to a smaller tyre, it’s lighter, so we’ve got less inertia, so there are fewer driveline issues.

“We can utilise a tyre that has more racing pedigree, so we’ve got a tyre that has degradation now. There is a qualifying game and, over the next couple of rounds with the six-tyre rule, there’ll be strategy coming into play [regarding] when you do and don’t take tyres, to have a good race and a bad race sort of scenario.

“Now, the 18-inch wheel doesn’t allow that to happen.”

Ryal Harris leads the V8 SuperUte Series after winning the first two races and finishing second in the latter encounter at The Bend.

Round 2 would have unfolded last weekend at Winton before the event was postponed amid the COVID-19 outbreak in Melbourne.