Price’s parents still the rocks of his career

Price’s parents still the rocks of his career Entrenched in the ongoing racing journey of two-time Dakar champion Toby Price are his parents, John and Pauline.

Ahead of the upcoming Tatts Finke Desert Race, Price spoke to Speedcafe.com about his family’s invaluable presence in his pursuits both past and present.

It comes as he prepares to tackle the challenging event in a world-first Mitsubishi Triton Trophy Truck.

“So, Dad is basically my truck driver, he takes all of my stuff around to the events and then when he is there at events, he’s underneath the truck working on it, trying to make sure it’s all in tip-top shape,” Price explained.

“I have a head mechanic being Joe [Weining] and now Dutto [Mark Dutton]. Basically with those two minds together we should have a pretty strong combination and then yeah hopefully Dad can run around and do the bits and pieces they kind of need him to do.

“But yeah, we still have Mum and Dad involved in the sport and with my racing that will never stop, so it’s cool, I love that.”

Price grew up in the off-road racing scene, going to events from the age of two as his father competed. 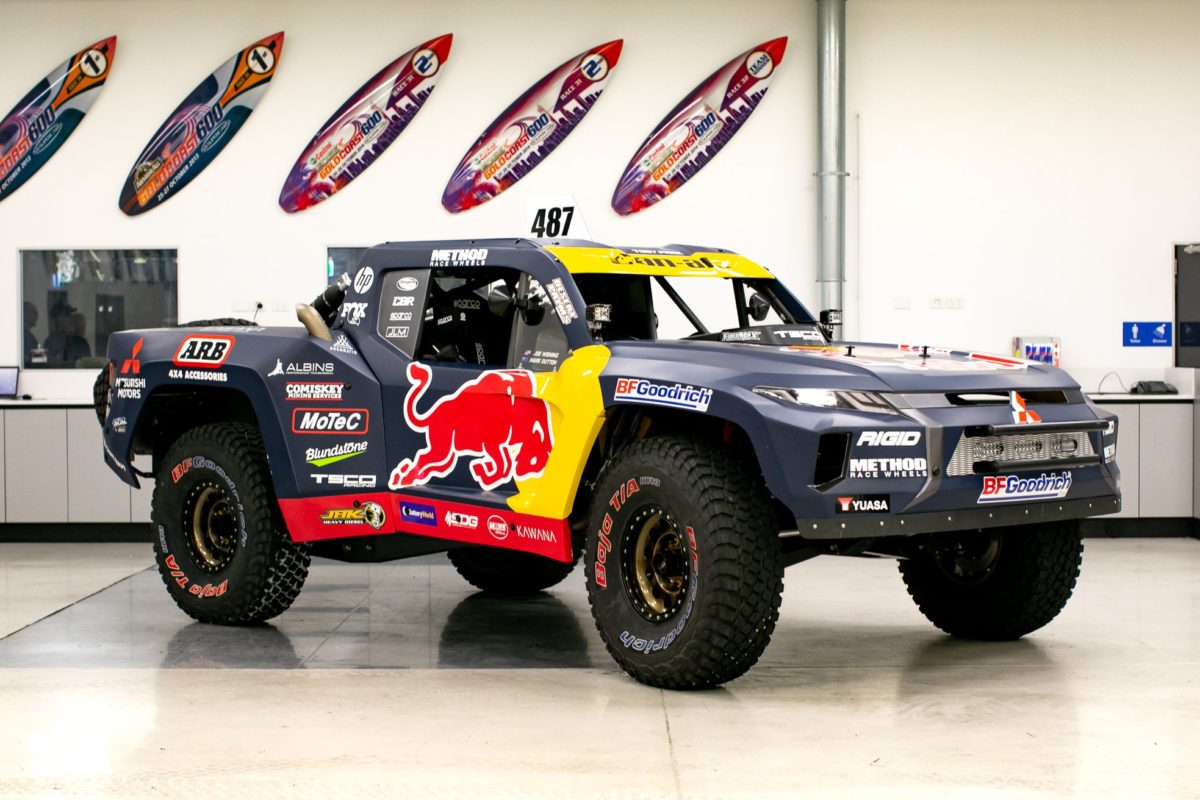 “They did all the Australian Off-Road Championships and rounds and they ended up winning a Class Five Australian championship, in 1989 I think it was,” he recalled.

“From there I started racing motorcycles and then [Dad] was just too busy to go to motorcycle or truck event racing.

“So Dad, he bit the bullet and hung the helmet up and they sold the truck and my parents started taking me to dirt bike events.

“It’s completely different technology now to what Dad had back in the day and to see his eyes light up on it and to what it’s at now, he was like ‘geez, if we had this back in the day when we were racing our truck, we would have been a million times faster’.

“I get more enjoyment out of that sometimes than nearly the race itself but yeah, my Mum and Dad are always big supporters and love what I do.

“I definitely got blessed with very good parents so I cannot complain.”

Given his continued recovery from a broken collarbone suffered in this year’s Dakar, Price will only contest the Trophy Truck element of Finke. The 33-year-old is a six-time Finke winner in bikes.