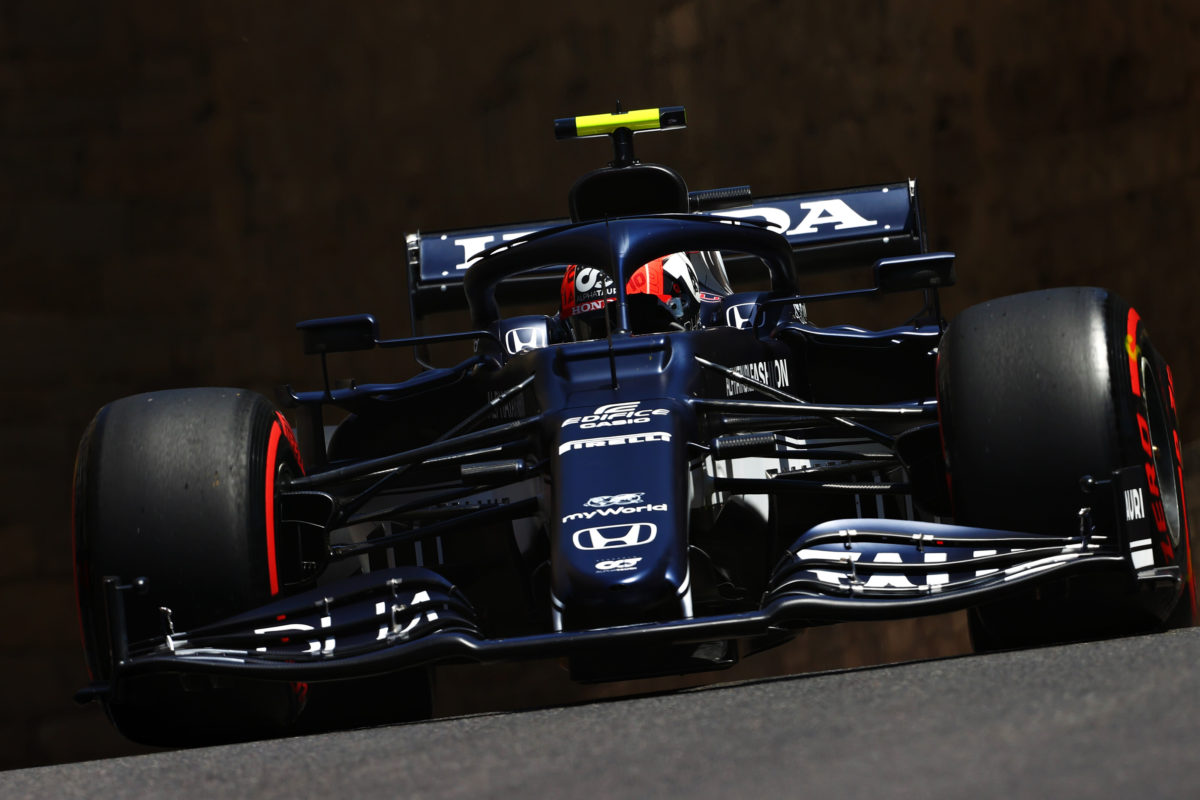 Pierre Gasly has topped the final practice session ahead of qualifying for the Formula 1 Azerbaijan Grand Prix.

The AlphaTauri driver recorded a best lap three tenths clear of the field in a session blighted by yellow flags.

There was even a red flag period when Max Verstappen found the wall midway through the 60-minute hit-out.

Red Bull’s pace was shown by Perez in second, while a late effort from Lewis Hamilton saved his blushes after languishing towards the foot of the times into the final minutes.

He was quickly shuffled down the order with Yuki Tsunoda and the Ferrari duo of Charles Leclerc and Carlos Sainz all going faster.

Tsunoda did so on a set of soft tyres, while the two Ferrari pilots had medium tyres fitted – Perez had used the white-walled hard compound rubber.

Having reverted to the rear wing used in Portugal and Spain, Hamilton continued to struggle for pace.

The Mercedes driver complained of a lack of grip as he recorded a 1:44.556s to go ninth fastest with 25 minutes run.

With 34 minutes remaining the red flag was shown when Verstappen clouted the tyre barrier at Turn 15.

The Red Bull went in nose first at the left-hander, breaking the front wing and track rod, forcing the Dutchman to climb out of the car.

His crime was a simple lock up of the inside front wheel which resulted in him sliding into the barrier.

The delay lasted nine minutes before the session was restarted.

Pierre Gasly had gone fastest before the interruption, the Frenchman banking a 1:43.051s.

The final 20 minutes were focused on qualifying simulations, though initial fast laps for both Leclerc and Sainz were interrupted by yellow flags.

In Leclerc’s case, that was for Nicholas Latifi, while Sainz took to the run-off area at Turn 15 on his flying effort soon after.

Perez went fastest with a 1:42.595s as he managed a lap between yellow flags, which remained a constant battle.

The Virtual Safety Car was also deployed in the final minutes for George Russell after he parked his Williams at Turn 1.

The Brit had reported “no power, no gears” as he ground to a halt in the run-off, his car trailing fluid.

Inside the final three minutes, both Hamilton and Valtteri Bottas sat in 17th and 18th respectively.

As they wound up for their flying laps, Gasly improved to go fastest with a 1:42.251s for AlphaTauri.

Hamilton’s effort was even helped by a tow from Perez, worth in the region of 0.6s, but still he ended the session 0.4s down on the outright pace.

With no better laps following, Gasly was left atop the timesheets from Perez, Hamilton, and the Ferrari pairing of Leclerc and Sainz.

Qualifying for the Azerbaijan Grand Prix begins at 22:00 AEST.