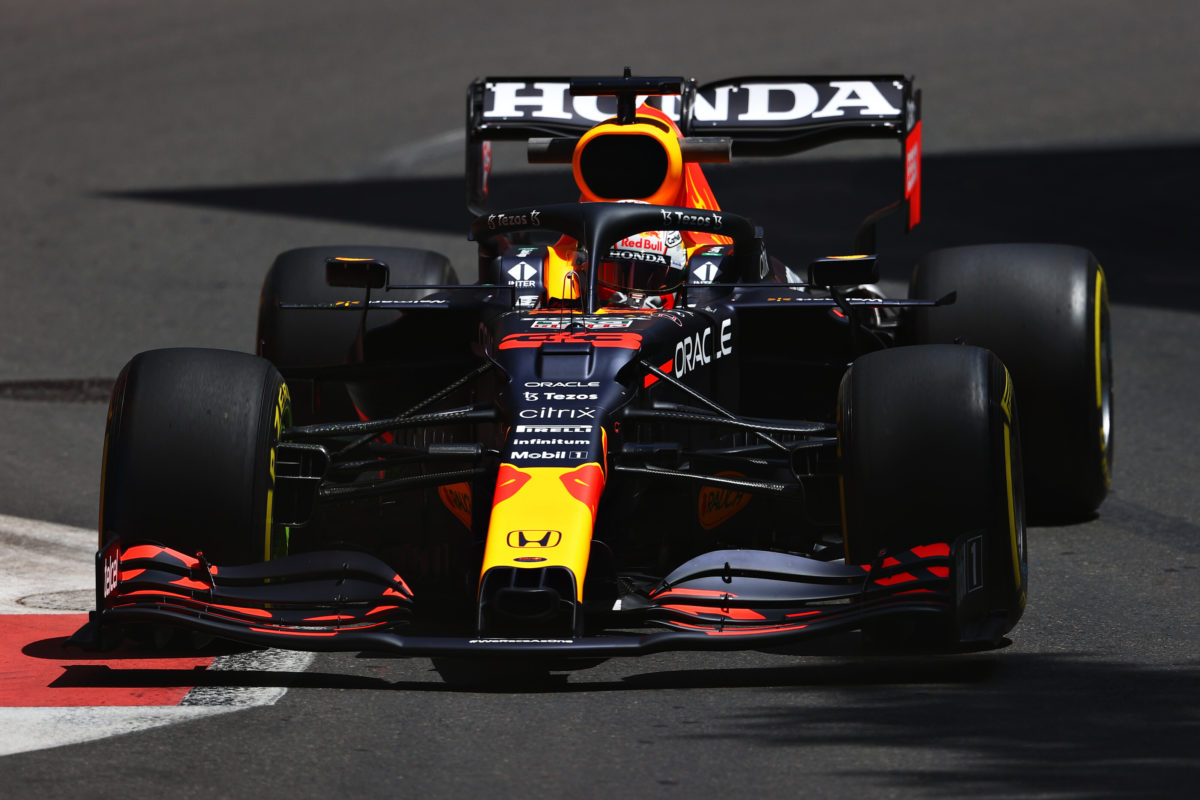 The Red Bull driver was less than half a tenth quicker than Charles Leclerc, while Daniel Ricciardo was fifth fastest.

The Australian topped the session midway through the 60-minute hit-out, and ended proceedings 0.2s clear of team-mate Lando Norris in eighth.

Ferrari set the early pace, with Leclerc and Carlos Sainz sitting atop the timings, the former with a 1:45.664s as the session began.

A Virtual Safety Car temporarily interrupted proceedings after 12 minutes as debris was cleared from the track by a marshal.

Having been among the first out, Sergio Perez then spent a long stretch in the pits as Red Bull removed an aero testing kit from his car.

He finally rejoined the circuit with 32 minutes remaining.

A mistake from Yuki Tsunoda saw the AlphaTauri run deep at Turn 4, the Japanese driver struggling to engage reverse gear.

He’d bumped the wall on drivers’ left approaching the corner, skating into the escape road before taking an age to recover.

Eventually, he extricated himself and toured slowly back to the pits.

While Hamilton’s early time stood the test for the opening half of the 60-minute hit out, the field soon closed in.

Also demonstrating solid pace was Ricciardo, who soraed to the top of the timesheets with a 1:43.732s after going fastest of anyone to the first split.

Norris in the sister car looked poised to set an even better lap before losing control at Turn 16 – the left hander leading onto the long front straight.

Sainz deposed Ricciardo from top spot, quickly followed by Leclerc who went fastest with a 1:43.227s.

With 11 minutes left on the clock, Verstappen went fastest with a 1:43.184s, while Perez rose to fourth fastest moments later.

Three minutes from the end of the session, Nikita Mazepin slid off the road at Turn 15 before limping back to the pits.

The Haas driver lost the rear end and slid into the Tecpro barrier on corner exit.

Mick Schumacher had a moment soon after, replicating Tsunoda’s error at Turn 4 from earlier in the session.

Like the AlphaTauri driver, he struggled to rejoin the track, though did manage the feat somewhat more quickly than his Japanese counterpart managed.

Valtteri Bottas and Norris also had a moment, the pair going deep at Turn 2.

Bottas was able to complete a spin turn as the McLaren driver followed the Mercedes into the run off, though both were able to continue without drama.

It was a busy end to the session with Verstappen’s time leaving him quickest from a brace of Ferraris, Perez, and Ricciardo.

Hamilton was only seventh fastest and Bottas 10th for Mercedes, the former 0.7s down on the time managed by his championship rival.