Gardner: Tough years in Moto2, Moto3 have made me stronger

Gardner: Tough years in Moto2, Moto3 have made me stronger 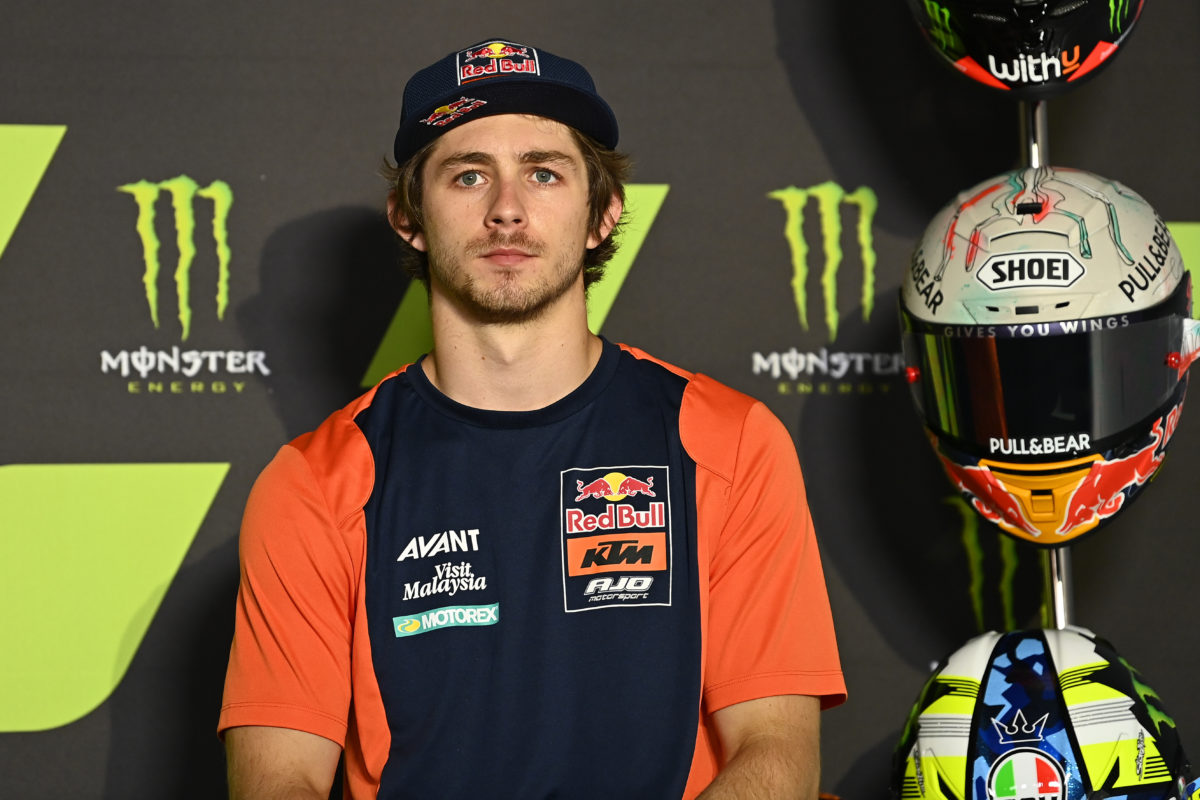 Remy Gardner says that his tough years in the junior classes have made him stronger, following confirmation by KTM of his MotoGP ride in 2022.

When Gardner makes his premier class debut with Tech3 next season, more than seven years will have passed since his first race in Moto3.

The second-generation rider took until the 2019 Argentina round to bag a first grand prix podium, in Moto2, before claiming his maiden victory at Portimao at the end of last season.

During those seven-plus years, he also had to drop back to the European Moto2 Championship after the AGP Racing team which he was to have ridden for withdrew from Moto3 before the 2016 season began.

More major setbacks followed, including missing a race in 2017 due to a broken ankle caused when taken out by Takaaki Nakagami, before breaking both legs in a motocross crash in 2018 which cost him three starts.

Gardner suffered concussion when he was hit after going down in front of most of the field at Jerez in 2019, and had to sit out both of last year’s Misano races, the first of which he was due to start from pole, after a monster warm up highside.

Now, the 23-year-old is a two-time Moto2 race winner, with graduation to the top tier assured.

“I don’t think I’ve had the most conventional way through the GPs,” said Gardner.

“For sure I’ve had a lot of hard years. In Moto3 it was horrible, I only scored points one time in the whole year.

“In Moto2, probably didn’t have the same equipment as the other guys at that time and it was tough for me.

“I think in the end those tough years probably made me strong on the bike mentally and physically. I guess that all adds up in the end.

“Then when I did have the equipment back in 2019, I honestly wasn’t ready to win races yet because I was just making mistakes all the time, but it was my first year running at the front.

“So, it was kind of a new experience for me and in 2020 I kind of worked on myself, worked with my team and in the last part of 2020 we worked well to carry that on onto this year.

“For sure, it hasn’t been easy, but I’ve finally made it to the big class.”

Gardner’s contract news came in the days after his second grand prix victory, one which ensured that he would take the championship lead to Barcelona this weekend despite the threat of his team-mate at Red Bull KTM Ajo, Raul Fernandez.

Despite the promise of a KTM RC16, the Moto2 title quest remains the Sydney native’s focus for the time being.

“For sure, I can’t wait to ride the beast but at the moment we still need to keep the focus on the job, which is fighting for the championship,” he said.

On rumours of his promotion, Gardner added, “I think it didn’t really affect me; I didn’t really believe it until it was signed pen on paper.

“At the moment, nothing really changes; still got to keep pushing and still got plenty of races to go, so got to keep the focus.”

Practice for the Catalan Grand Prix, Round 7 of the season, starts this evening (AEST).