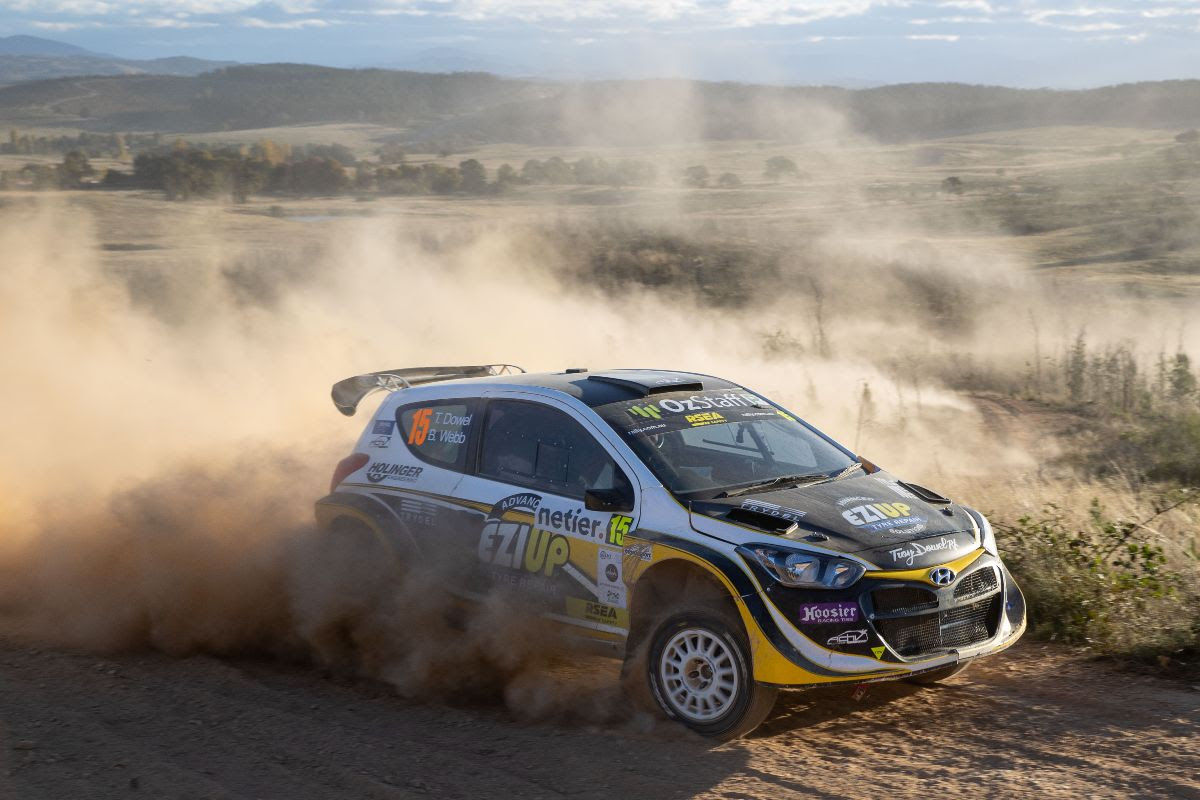 Two events of the RSEA Safety Motorsport Australia Rally Championship have been rescheduled due to COVID-related border restrictions.

Les Walkden Enterprises Rally Tasmania would have been Round 3 of the season, on July 2-4, but has now been shifted to September 10-12.

That has triggered a further change, with the AGI Sport Adelaide Hills Rally pushed back one week to October 22-24.

Victoria is currently classified as a ‘high-risk area’ by Tasmania, meaning entry to the island state from its nearest neighbour is currently prohibited.

Another four locally transmitted cases of COVID-19 were recorded in Victoria overnight, although two of the cases acquired from so-called ‘fleeting contact’ were announced yesterday evening as false positives.

“It may have been possible to hold the [Tasmania] event on its original date if the situation in Victoria improved, however with many crews having to pass through Victoria to get to Launceston, the risk of any extended border closures means we were eager to make a decision now to provide certainty for all our teams and personnel involved in the event,” said Smith.

“We’re tremendously grateful to the partners of the event, including Les Walkden Enterprises, the Tasmanian Government and the City of Launceston for understanding and supporting this decision which will allow us to bring a full field to Tasmania.

“With this change, the Les Walkden Enterprises Rally Tasmania event will now be the fourth round of the RSEA Safety Motorsport Australia Rally Championship, with Adelaide to follow in October.

“Victoria now takes over as the official third round in August, with Gippsland Rally on 6-8 August.

“Excitingly, we hope these tweaks to the calendar will allow us to enjoy a full six-round calendar of the RSEA Safety Motorsport Australia Rally Championship.

“We’ve always said we’ll do our best to nimble and adaptable and appreciate the rally community’s support.”

The Adelaide Hills Rally remains the penultimate round of the season and will also serve as a qualifier for the FIA Asia Pacific Rally Championship finale at the Coffs Coast Rally, which will also be the ARC curtain-closer.

“There has been a lot of work put into this event over many months and we have some very exciting plans for the 2021 edition of the AGI Sport Adelaide Hills Rally,” said event organiser Andrew Admiraal.

“Not only will we see the best rally drivers take on some of the best rally roads in the country, but we’re also pleased to confirm the event will act as a qualifier for the APRC – an opportunity for both South Australian and Australian crews to showcase their talents on the international stage.

“We can’t wait to welcome the ARC and APRC to our backyard and encourage everyone to keep an eye on our website and social media for more information as the event draws closer.”

Toyota Gazoo Racing Australia’s Harry Bates leads the ARC after winning each of the first two rounds in his AP4-spec GR Yaris.